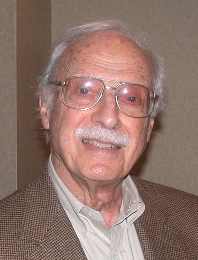 Another longtime Muppet collaborator has sadly passed away.  Ray Charles (not the blind soul singer) has passed away at the age of 96.

You may recall seeing Charles’ name in the credits of most Muppet Show episodes and wondered why the “Georgia On My Mind” singer was moonlighting on a puppet variety show.  The similarly-named musician served as The Muppet Show’s Music Consultant for seasons four and five.

Charles met Jim Henson in the 1960s while working as the musical director for Perry Como, and was then hired to replace Larry Grossman on The Muppet Show.  While there, he wrote several songs for the Muppets, including “Falling Song” (sung by Brooke Shields as she fell down the rabbit hole), “Poke Me Polka” from the Carol Burnett episode, and “These Are the Yolks Folks” (also from the Brooke Shields episode).

He also teamed up with the Muppets for The Muppets Go Hollywood and The Muppet Show Live.  He also wrote the songs “Going Camping” for John Denver and the Muppets’ Rocky Mountain Holiday special and “Jim Is”, a Jim Henson tribute sung by Muppets and Sesame Street characters and Fraggles, which you can watch right here.

Outside of the world of Muppets, Ray Charles can be heard as the male singer of the Three’s Company theme song (which was written by Joe Raposo).

Ray Charles (not that one, the other one) will be sorely missed, but fondly remembered as an important part of Muppet history.

Click here to help us remember Ray Charles on the ToughPigs forum!