We are saddened to learn that Queen Elizabeth II – the United Kingdom’s longest serving monarch – has passed away.

Yes, even the Queen has Muppet connections!

The photo above isn’t real – that’s from the 2011 film The Muppets, prominently featured on Kermit the Frog’s desk. However, Her Majesty did meet Jim Henson and the Muppet performers in 1977 after the Royal Variety Performance.

I mean, look. It’s impressive that Queen Elizabeth got to meet Jim, Frank, Jerry, Dave, and Richard. But it’s so much more impressive knowing that Sweetums was there too.

Although Kermit never shook hands with the Queen (as depicted in the lie of a photo at the top of this article), she did meet Kermit at the Golden Jubilee in 2002. Unfortunately, Ozzy Osbourne was in the way, as he so often did throughout his career.

Click here to help us remember Queen Elizabeth II on the ToughPigs forum! 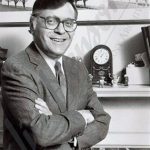