A fact about me is that I first became obsessed with the Muppets back at the start of 2011, which probably explains why I was so ride-or-die over The Muppets when it hit movie theaters that November.

In the years since, I’ve cooled a little on the film – it’s still good and I find a lot of enjoyment in it, but it no longer makes my top 3 like it once did. But I have a major soft spot for that film. After all, I saw it five times in theaters, quoted it to friends, played the soundtrack on repeat, and even brought a stuffed plush of Walter with me on a family trip to Italy.

Speaking of Walter, he is my biggest takeaway from The Muppets. I unabashedly go to bat for that character to this day.

Another fact about me is that I’m bisexual.

As someone who knew she was bisexual from a pretty young age, I never saw much of myself represented in media. The only content I can remember depicting bisexual women that I saw when I was a teenager were RENT (with a narrative that she was promiscuous and likely to cheat) and Dodgeball (with the character’s bisexuality used only as a punchline).

Like most folks, I often turn to the media I most love to try to find myself within it, even without authorial intent. This is all to say, I see a lot of myself in the character of Walter.

Walter is a total fish out of water in Smalltown. He tries his hardest to fit in, but no matter how hard he tries, he sticks out. His interests don’t align with everyone else’s, and his lifestyle is different than the town’s norm. He can’t will himself to be tall like everyone else. Oh sure, he’s got Gary and Mary as his buddies – a couple of allies, you might say – but besides them it doesn’t seem like he’s got many folks in his corner. He says at the start, “Even the sunniest days can have a few clouds in them,” as he finds himself continually not meeting other people’s standards.

It isn’t until Walter encounters the Muppets that he finds his people. He’s so in awe of them – totally starstruck from the jump. What luck that he, a totally normal guy from Smalltown, gets to meet the Muppets! However, what’s been obvious to the audience from the start that isn’t obvious to Walter? He’s been a Muppet the whole time. Walter doesn’t see himself this way until the end of the movie. Instead, he thinks of himself simply as a fan, happy being on the sidelines. He couldn’t possibly be a Muppet, right? He only just found the troupe. Surely you have to do a certain number of sketches or dodge some boomerang fish before you can be initiated and say you’re a part of the Muppet community, right? What proof could he possibly have? What if people question him or no one believes he belongs?

Is this a bit heavy-handed? I suppose it is, but I can’t help myself.

As someone who’s bisexual, I never felt like I belonged to the idea of heteronormative society. I tried to fit in as a kid, but the older I got the more I felt myself slipping further and further away from what was expected of me. When I hit high school, finding my queerness meant finding a community filled with people who understood my interests, my attractions, my way of living. But as someone who didn’t publicly come out until later in life and is in a long-term relationship with a cis, straight man, I often convince myself that I don’t belong in the LGBTQIA community. I tell myself to not take up space at pride parades or queer open mics. I’m okay being on the sidelines.

I so relate to Walter in this. The pain of finding yourself before the rest of the world is ready to accept you, the joy of a found family, and the struggle to convince yourself that you deserve to be there in the first place.

Was Walter created as an allegory for bisexuality? Of course not. But as I said, as a Muppet fan it’s hard not to place myself in his shoes. (Plus, hey, we haven’t really seen him much since The Muppets and what would this article be without a kind-of-forced bierasure analogy, huh?)

I keep coming back to the opening of The Muppets when Walter first sees his newfound icons on television. It reminds me of how much representation matters. I didn’t grow up with amazing depictions of bisexuality, but nowadays I see characters like Rosa on Brooklyn Nine-Nine, David on Schitt’s Creek, Ava on Hacks, Darryl on Crazy Ex-Girlfriend, like half the cast of Euphoria, and so many more characters, and I feel that same swell in my chest that Walter felt in his. I think of all the young bi people who get to grow up with well-rounded depictions of themselves, all the found families this might lead them to.

And what are the Muppets if not a found family – a ragtag group of misfits who love each other despite all their quirks, their oddities? The world doesn’t understand them, but they’re fine with that. They don’t need the world to understand them because they understand each other. There’s a reason so many queer people are drawn to the Muppets. We see ourselves in this group of weirdos, so flamboyant and loud and happy to be themselves.

I am happy to be a Walter, still discovering more about myself with each passing day, content just to be here while also finding my voice. Life’s a happy song, and Walter and I are ready to sing it.

Click here to leave Smalltown and find your found family on the ToughPigs forum! 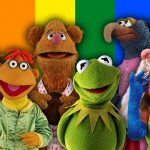 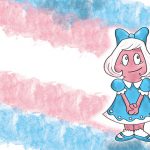