Miss Piggy Was Robbed of an Oscar in 1979 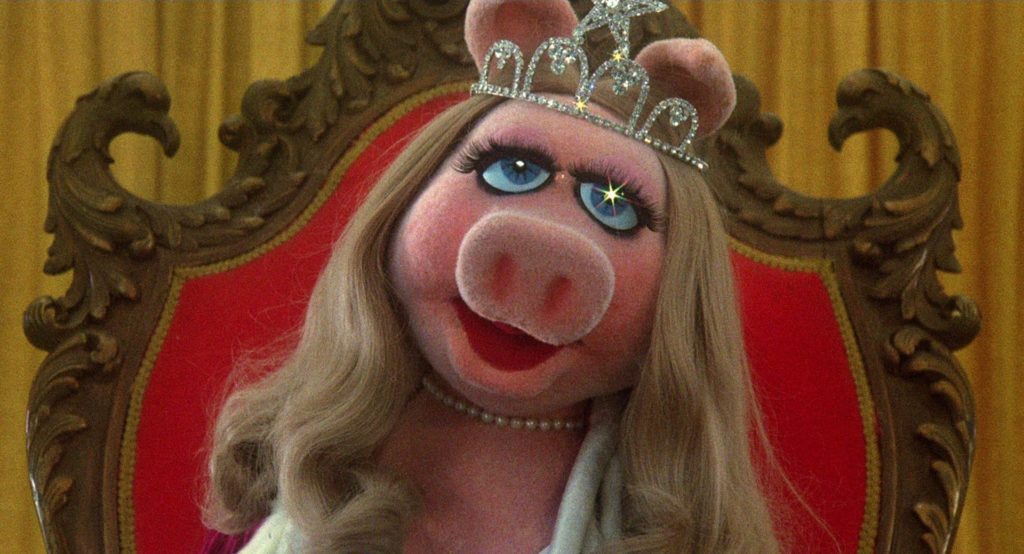 For film fans, the annual Academy Awards season is an exciting time… and often, a heartbreaking and frustrating time. I still shake my head when I remember that Birdman beat Boyhood for Best Picture. And don’t get me started on Green Book.

In 1979, the Muppets released their first motion picture. It was called The Muppet Movie. You know it — it’s the one with James Coburn. It must have been a thrill for fans to see the Muppets on the big screen for the first time ever, but that wasn’t the only reason to get excited. The existence of a Muppet film also meant the Muppets would be eligible for Oscar nominations!

This fact did not escape the notice of two Muppet fans named Bruce Collin and James Hall from Cincinnati, Ohio. They were Miss Piggy enthusiasts, and they formed CAMPO, which was short for “the Committee to Award Miss Piggy an Oscar.” They actually formed the group before the film had been released because they knew Miss Piggy’s performance in The Muppet Movie would be Oscar-worthy.

And so it was. Throughout the film, Miss Piggy displays astonishing range, which is even more remarkable when you consider her head is a block of foam latex. As the movie takes her on a geographical journey from Bogen County to Hollywood, she takes us on an emotional journey. Name one better performance from an actor in any movie ever made. You can’t do it!

Collin and Hall rented a PO Box so their fellow fans could write in with letters of support for the pig. This must have been one of the most popular causes of 1979, because they got a bunch of letters. It was more than 50. It was more than 1,000. It was even more than 12,892. According to press from the time, they got 35,000 letters!

Can that even be true?! Keep in mind that these were the days when you had to write a letter by hand, put it in an envelope, stamp it, and drop it in the mailbox. If those were all regular first-class letters, that means Muppet fans spent $5,250 on postage!

At the time, Bruce Collin told United Press International that he and Hall saw this as “a people’s mandate to the motion picture academy.” They actually took the letters to the Academy of Motion Picture Arts and Sciences office in Beverly Hills. But presumably not all 35,000 of them, unless they brought a dump truck.

An Associated Press article notes that Collin and Hall appeared on talk shows, “as far away as Canada, England and Australia.” I’m guessing these were call-in shows, but it would be pretty darn cool if they got to fly overseas just to talk about Miss Piggy. It’s certainly a dream of mine. 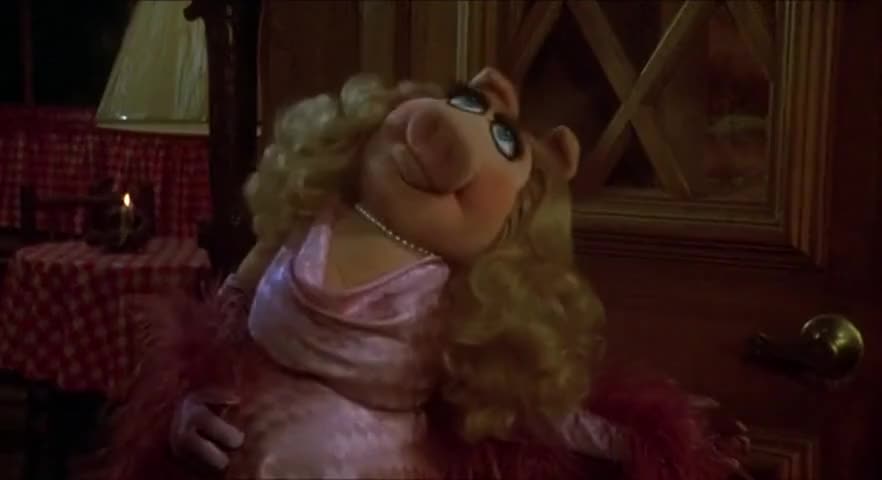 In the early days of the campaign, the Academy of Motion Picture Arts and Sciences issued a response: “While the Academy does not participate in the pork-barrel campaigns which are an unfortunate part of the annual Oscar campaign, we do wish you appropriate success with your commendable support of such a weighty candidate of academy honors.” Cute. And a little bit mean.

When word of the campaign reached the Muppet people, they released a statement from her: “I feel I am but a humble actress-singer and I do not believe it is my place to comment on this wise, perceptive, discerning and tasteful Oscar campaign.”

And then, in the weeks leading up to the nominations, the Muppet publicity people released a statement saying that Miss Piggy was having a gown designed just in case — “something daring, yet elegant, something only a pig could wear.” 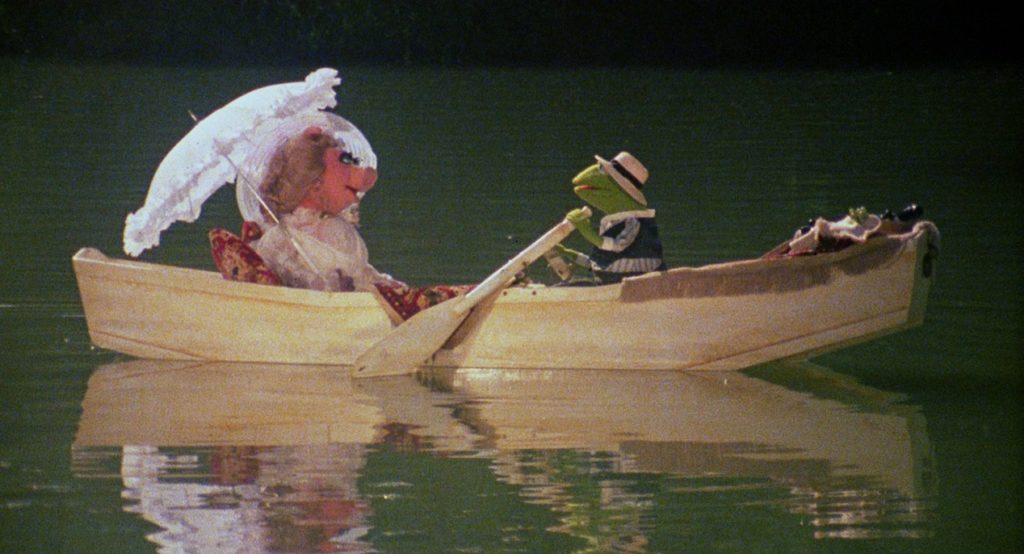 So did Miss Piggy get nominated for Best Actress? Yes! Wait… I mean no. When the nominations were announced, Miss Piggy’s name was sadly absent from the list, and an academy publicist said “We award nominations and Oscars to people, not characters. Miss Piggy is a character. Eligible is the man who manipulates her, Frank Oz. Had the actors’ branch chosen to nominate him, he would have been nominated.”

What a missed opportunity! How great would it have been if Frank Oz had been nominated for an Oscar for The Muppet Movie? I definitely think you could make an argument for it, especially considering he played two large roles. And, in the scene where Animal eats the Insta-Grow pills, one VERY large role. I haven’t found anything to indicate that he ever even commented on the campaign, but I’d love to know what he thought.

Regarding the snub, Bruce Collin also told the AP there was an Academy rule disqualifying a performance in which all dialogue has been dubbed by another actor. But, he says, “We maintain she has the voice she was born with.” That sounds like another reason to nominate Frank. He gave Piggy her voice and squeezed under tables, inside chairs, and into Studebakers to perform her. 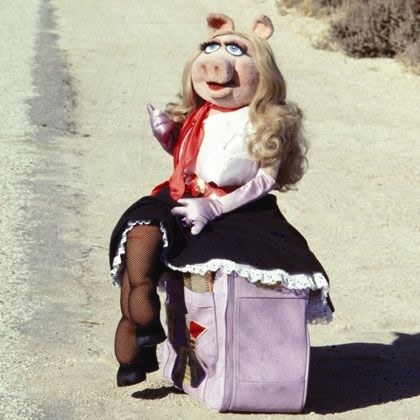 Anyway, the actual Best Actress nominees were Jill Clayburgh for Starting Over, Sally Field for Norma Rae, Jane Fonda for The China Syndrome, Marsha Mason for Chapter Two, and Bette Midler for The Rose. I haven’t seen any of those. I’m sure they were all fine, but did any of them have a scene quite as intense as Piggy fighting Doc Hopper’s goons? Or quite as passionate as Piggy singing “Never Before, Never Again?” I bet they didn’t.

When the Associated Press asked Bette Midler how she felt about her nomination, she said “I’m just glad I didn’t have to run against Miss Piggy.” She knew what was up!

The Miss Piggy fans persisted. A Columbus, Ohio TV station started distributing “Miss Piggy for Best Actress” bumper stickers and encouraging people to write more letters. Maybe if they really, really wanted it, the Academy would change its mind, kick out one of the nominees, and swap in Miss Piggy. It was so crazy, it just might work! 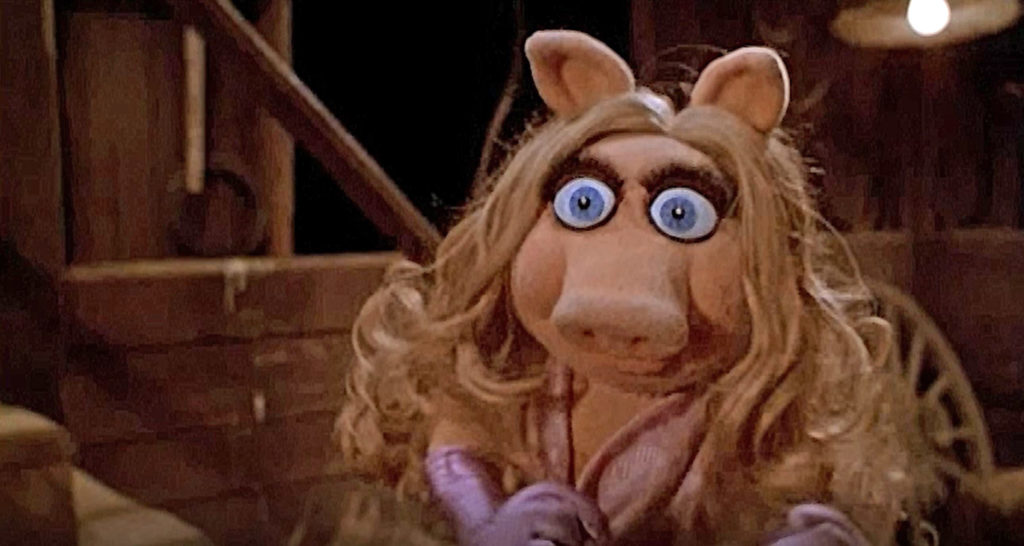 It didn’t work. The list of nominees remained. But Piggy did get to attend the ceremony. The Muppet Movie had received one nomination, for “The Rainbow Connection.” You know it — it’s the only song they’ve sung for the last 15 years. Piggy appeared on the broadcast with host Johnny Carson to introduce Kermit’s performance of the song… and to express her disappointment over being ignored. The gown she wore was very elegant.

In case you’re wondering who went home with the statuette that should have been Piggy’s, it was Sally Field. Please note: This was NOT the famous acceptance speech where she said “You like me,” which everyone always misremembers as “You like me! You really like me!” That award was for Places in the Heart a few years later.

It was a sad story for Miss Piggy. But it sounds like this whole thing was a lot of fun for Bruce Collin and James Hall, and the Academy and the Muppet people and Muppet fans all over the world. I’ve tried looking up Collin and Hall online to see if they’re still around, because I’d love to talk to them about the campaign, but so far I haven’t come up with anything. If there’s anyone out there who knew them or participated in the campaign, drop me a line at Ryan@ToughPigs.com!

One more thing, returning to the idea of Frank Oz getting nominated for Piggy’s performance. I’m sure that never would have happened for a family-friendly puppet musical. But he really did give an excellent performance, and he obviously put a lot of effort into it.

In more recent years, there has occasionally been talk of a voice actor deserving a nomination for an exceptional performance. I think these conversations are going to happen more and more in this age of performances that combine vocal work with motion capture. And maybe someday, as younger, more open-minded film industry people make their way into the academy, it will actually happen. So if Andy Serkis ever wins an Oscar for a Gollum or a Caesar or a Snoke, I’ll consider it the culmination of a process that started with CAMPO. And I’ll expect him to thank Miss Piggy in his acceptance speech. 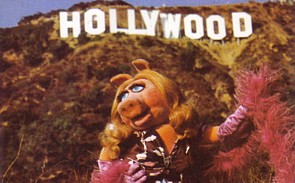 Click here to thank your agent on the Tough Pigs forum!