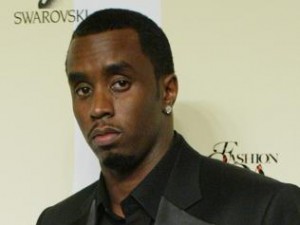 I remember this happening during the production of the last Muppet movie, and now it’s happening again. So many celebrity cameos have been announced that when I hear about one, I have to stop and ask myself whether I already knew about it or not.

But here’s a new one: P. Diddy.  Or perhaps you know him by one of his other aliases, like Puff Daddy, Sean “Puffy Combs,” or Cher.  Actress Silvana Lovin, whose name strongly suggests that she’s a James Bond girl, has told Australia’s The Age that she recently filmed a scene for The Muppets… Again! with Diddy and Pepe:

Travelling on a train, she plays the dice game craps with both of them, then dances with Pepe and ends up in a tussle with another girl while vying for the prawn’s affections. ”It was funny as we ended up tearing both his hands off in the scene. It was an amazing experience,” she said. Struggling actors here and in the US can only dream of having such a hoot in Hollywood. The film also stars Tina Fey, Ricky Gervais, Usher and Ray Liotta.

“Both his hands?”  “BOTH his hands?!”  Come on, Silvana.  Every Muppet fan knows Pepe has four hands!  Unless she means Diddy got his hands torn off, but it seems like the mainstream press would have picked up on that.

Thanks to Tough Pigs’ own Matt Wilkie for the alert! Click here to ask “Diddy really film a scene for a Muppet movie?” on the Tough Pigs forum!