An Open Letter to James Bobin 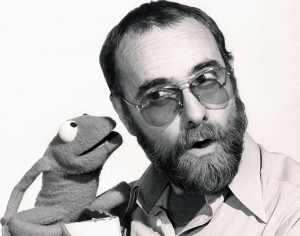 First of all, I wish to congratulate you on helping to bring the Muppets back in vogue (and on occasion, editing for Vogue). The Muppets was a wonderful jump-start to a quickly stagnating franchise. I, like many fans, was worried that the characters that I had loved and adored growing up were going to fade away, and soon. But you and Jason Segel managed to breathe new life into the Muppets, and managed to bring them to a new generation. And if that couldn’t get better, here you are in the United Kingdom filming a new Muppet movie. You no longer need to re-introduce these characters; you can let them run free in a brand new story in The Muppets…Again. (Personal note: I think it would serve you well to think of a different title. Don’t worry, you have time.) I’m excited to see what you have in store for Kermit the Frog and company, especially since you already have three hilarious co-stars in Ricky Gervais, Ty Burrell, and Tina Fey (who, as a long-time fan of hers, I’m particularly psyched to see). As I’ve discussed with friends and fellow fans, it’s a great time to be a Muppet fan.

Given how excited I am for the future, you may be surprised that the reason I’m writing you today is to talk about the past. You see, I write to you with a humble request; one that would make me and many more Muppet fans very happy. It’s not to bring an old character back into the fold (though Steve Whitmire is already there, so what’s the harm in bringing back Bean Bunny?). It’s not to have any certain celebrity make a cameo appearance (cough…Tom Hanks…cough). It’s not even to ask to appear in the movie (but I will say that people who saw me in the third grade production of Mother Goose, PI said I “didn’t need a microphone”). I’m writing to you today to talk about Jerry Nelson. 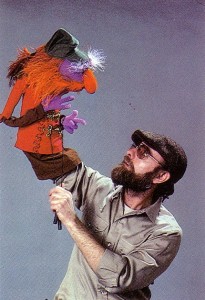 As I’m sure you know, Jerry passed away this past August after a long battle with emphysema. Jerry’s contribution to the Muppets can’t be simply summed up in just a few scant paragraphs, so I’ll start with the stats: Jerry performed scores of characters for The Muppet Show, and while most of them were one-shot characters, a few of them managed to become regulars with the franchise (and in your film), such as Floyd Pepper, Robin the Frog, Lew Zealand, Crazy Harry, Dr. Julius Strangepork, Thog, and Camilla the Chicken. While these characters may not be as high-profile as Miss Piggy, Fozzie Bear or Gonzo, can you imagine the Muppets without them? The Electric Mayhem would be without its dirty, cynical bite. Kermit wouldn’t have anyone to pass his wisdom onto. Gonzo would be shacking up with Yolanda the Cheese. And there would be piles of boomerang fish that would go un-thrown. And Jerry provided us with some of The Muppet Show’s most memorable music moments, from the quaint elegance of “Halfway Down the Stairs” to the thumpin’ beat of “Mr. Bassman.” And even though your domain is the Muppets, Mr. Bobin, I would be remiss if I didn’t at least mention that his impact reached throughout the many creative worlds of Jim Henson, performing characters from Count von Count and Herry Monster on Sesame Street, Emmet Otter in Emmet Otter’s Jug-Band Christmas, to Gobo Fraggle on Fraggle Rock. And even after his retirement from performing his Muppet Show characters in 2002, Jerry managed to record a cameo voiceover to start The Muppet Telethon in The Muppets. On top of all that, Jerry mentored countless Muppeteers, helping to ensure the characters and the spirit of the Muppets stuck around long after his generation was gone.

So, I’m sure you’re well aware of Jerry and all he’s done. What I humbly request is that you dedicate The Muppets…Again to the life and legacy of Jerry Nelson. It isn’t a difficult wish to grant; a simple credit or title card either at the beginning or end of the film will suffice. Much like the dedication to Jim Henson and Richard Hunt in The Muppet Christmas Carol, it would serve as a message that even though the Muppets are moving forward, where they came from hasn’t been forgotten. Please consider this to be a friendly reminder; I don’t want this to be forced, but at the same time, it would be a shame if Jerry and his accomplishments went overlooked. So I wish you the best of luck as you begin production on The Muppets…Again (seriously, there has got to be a better title out there). And if you wish to discuss this any further with me, I will be happy to fly out to London and meet you on-set…as soon as I can find a UPS box big enough. 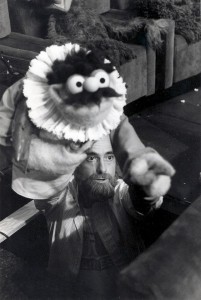 Click here to put a dedication at the head of the ToughPigs forum!