NYC Week: Is the Muppet Theater in New York? 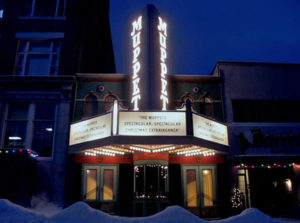 Hey, where is the Muppet Theater located?  Is it in New York?  Yeah, I think it’s in New York.

Consider this: the Muppet Theater is featured in the 2002 TV movie It’s a Very Mary Lou Retton Muppet Christmas, and there are indications there that it’s located in NYC.  Mostly the decidedly New Yorky sets, including the backdrop outside Miss Piggy’s apartment with the Twin Towers of the World Trade Center. And it has crowded Manhattan feel to it…It just kind of feels like New York.

Right now, you might be saying, “Hold up.  The Muppet Theater was seen in 2011’s The Muppets where it was clearly shown to be in Hollywood!”  Well, I can’t hear you saying that through your monitor or phone, but you’re right.  In The Muppets, the theater was in Los Angeles, smack dab on Hollywood Boulevard.  But that was 2011.  In 2014, the opening moments of Muppets Most Wanted firmly established that The Muppets was just a movie, so we can’t take anything from it as gospel truth.  Therefore, it’s not in Hollywood.

Another possibility is London.  By the way, I just looked up “nicknames for London” so I could be cute and say something like “another possibility is “The Grand Ol’ Daffodil , AKA London.”  But the first Google result tells me that London is also known as “The Smoke” or “The Big Smoke” or “The Old Smoke” because it used to be so polluted.  Those are some pretty sad nicknames. 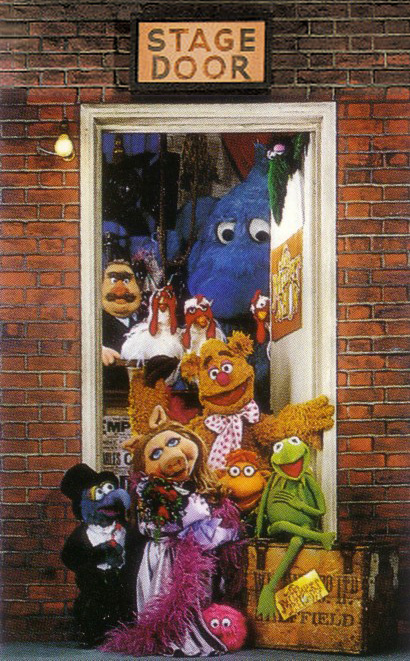 But yeah, it could be London, the most obvious evidence being that that’s where The Muppet Show was taped.  It’s a fact that London is the city where the studio containing the sets representing the Muppet Theater were located.  And the Muppets do in, fact, perform a lot of English music hall songs on the show, at least if you watch all the UK spots.

Besides, can you imagine if the producers expected us to believe than an entire troupe of US-based performers would travel all the way to England just to do a variety show?  That would be preposterous!  Therefore, it’s not in London.

I really think it’s in New York.  Here’s what the next sentence in this paragraph says: The Muppet Show appears to take place in a vaudeville theater.  There were vaudeville theaters all over the country, but one of the biggest and most famous was the Palace Theater, located right in the heart of New York City.  For years, it was where all the vaudevillians hoped to tread the boards.  But as far as I know, the majority of acts who performed at the Palace were humans.  Which means that, in the reality of The Muppet Show, there must have been some other venue where audiences flocked to see acts by pigs and dogs and bears and monsters and Whatnots.  Therefore, that theater must have been the Muppet Theater.

The Muppet Show was also inspired by the TV variety shows that came before it.  Sure, some of those were based in Los Angeles, but for a long time, NYC was the TV capital of the USA.  Which other long-running TV variety show featured a wide assortment of music & comedy acts, was beloved by viewers of all ages, and was hosted by a guy with a voice like a frog?  That’s right, The Ed Sullivan Show.  And where did The Ed Sullivan Show originate?  That’s right: New York City!  Therefore, all comparable variety shows must be based there; therefore, The Muppet Show must be based there.

I haven’t even mentioned the inextricable link between the real-life Muppets company and the city.  When Jim Henson left the Washington, DC area to make his mark in show business, he went straight to the Big Apple (now there’s a nickname!), and the Muppets have had some kind of presence there ever since.  By all accounts, Jim loved New York.  Therefore, there’s no reason to believe the Muppet Theater is not in New York.

I hope you agree with me, and I’m pretty sure you do, because although these are extremely tenuous arguments, I used the word “therefore” a lot to make it seem like I knew what I was talking about.  Ultimately, though, the number one reason I believe the Muppet Theater is in New York is that I love both New York and The Muppet Show, and I want them to occupy the same space.  Therefore, the Muppet Theater is located in New York City.

Click here to show me overwhelming evidence that the Muppet Theater is located in Peoria on the Tough Pigs forum! 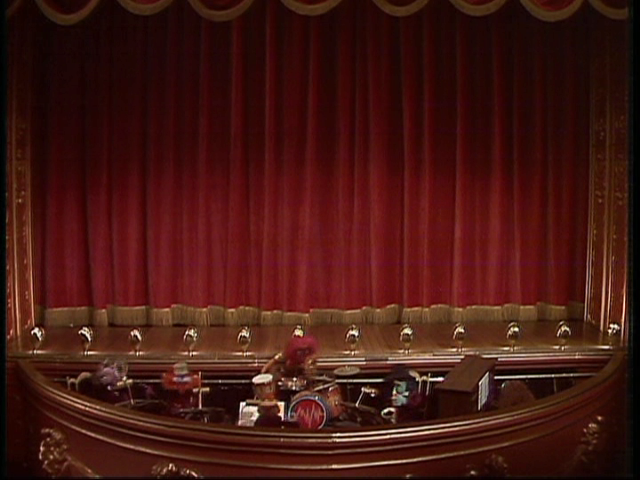