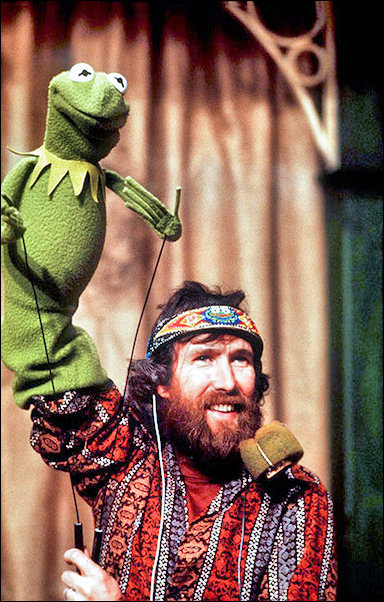 It’s well established at this point that Muppets and museums are a good match.  Muppet artifacts are way more interesting than paintings or mummies or George Washington’s teeth or whatever.   While we eagerly await the opening of the permanent Jim Henson gallery at the Museum of the Moving Image in NYC, a new traveling exhibition organized by the Moving Image people will allow fans across the country to see authentic fake frogs in person.  The first stop is the Museum of Pop Culture in Seattle.

And now to quote liberally from the museum’s website:

Organized by the Museum of the Moving Image, Jim Henson: Imagination Unlimited explores Jim Henson’s groundbreaking work for film and television and his transformative impact on popular culture.

This comprehensive exhibition reveals how Henson and his team of builders, performers, and writers brought to life the enduringly popular worlds of The Muppet Show, Sesame Street, Fraggle Rock, The Dark Crystal, Labyrinth, and much more.

The exhibition features a broad range of artifacts related to Henson’s unparalleled career, including more than 20 puppets, character sketches, storyboards, scripts, photographs, film and television clips, behind-the-scenes footage, iconic costumes, and interactive experiences that allow visitors to try their hand at puppeteering on camera and designing a puppet.

The exhibition opens May 20, so book your ticket to Seattle now!  And then start speculating about what treasures will be on display… Sir Linit?  Miss Piggy’s wedding dress?  Frank Oz’s mustache comb? The possibilities are endless!

Click here to discuss this news in the enduringly popular world of the Tough Pigs forum!

The Touring Jim Henson Exhibition Is Coming to Los Angeles