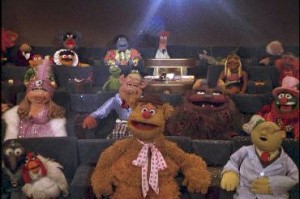 So what’s the deal with the new Muppet movie? We know it’s going to be scripted by Jason Segel and Nick Stoller, and we’ve heard that James Bobin is going to direct it… but what’s it called? First we found out it was going to be called The Greatest Muppet Movie of All Time. Then at the D23 convention last September, Disney announced it would be called The Cheapest Muppet Movie Ever Made, inspired by the legendary unmade concept Jerry Juhl and Jim Henson cooked up back in the day. So which is it?

Anyway, there’s really nothing in the above-linked article that wasn’t already covered by Tough Pigs’ own Joe Hennes in his review of an earlier draft of the script, but it’s nice to know the project is still moving forward.

Click here to have the greatest discussion of all time on the Tough Pigs forum!

Here’s the Trailer for “The Muppets”