The Muppets to Help One Direction Celebrate 1D Day 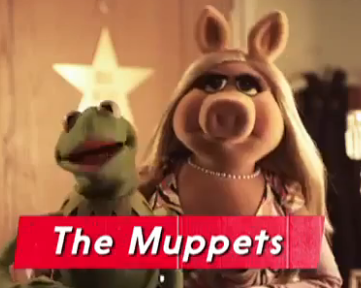 If you’re a curmudgeonly old Muppet fan who was offended by the announcement that the Muppets will be working with Lady Gaga, this story probably won’t make you feel much better. As reported by the Daily Mirror, The Muppets will appear as guests on “1D Day,” a seven-hour broadcast starring the boy band One Direction, which will stream live on YouTube this Saturday, November 23rd between 7:00 AM and 2:00 PM (UK time, presumably).

The Mirror article includes a promo with a brief glimpse of Kermit and Piggy, but it doesn’t specify what the Muppets will be doing, or when in the broadcast they’ll appear. So we’ll probably all end up skipping it and hoping some kind soul uploads the Muppet part separately later.  But for those you who are both One Direction fans (aka “Directioners”) and Muppet fans (aka “Muppet fans”), this is one seven-hour broadcast you won’t want to miss!

Click here to argue over who’s cuter, Niall or Kermit, on the Tough Pigs forum!