Let the Muppets Host the Oscars (or, Best Idea Ever) 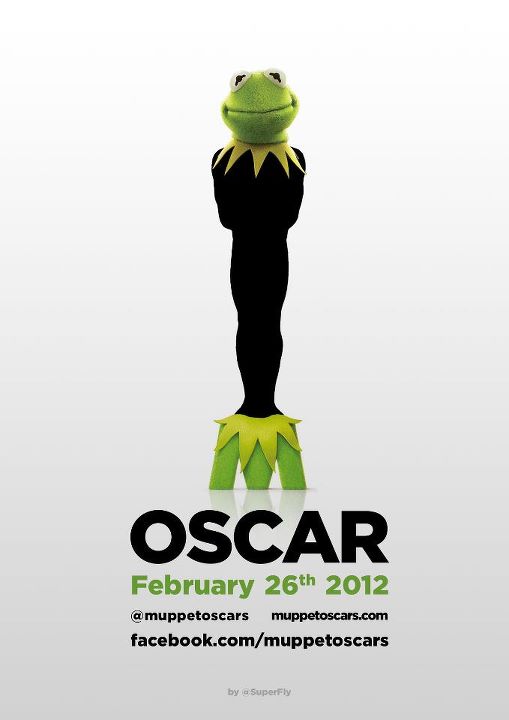 After the lackluster 2011 Academy Awards, Charlie Poekel had an idea.  A great idea.  An idea that would not only make millions of people happy, but could actually get thousands of those people to actively call for it to be put into action.

That idea: Let the Muppets host the 2012 Academy Awards.

The idea gained a little steam after its inception, but the excitement dwindled, and it was practically pronounced dead as Eddie Murphy was announced to be the host of the Oscars.  But then!  Then Eddie dropped out, and possible due to the fact that everyone has Muppets on their mind these days, the campaign went viral.  Their Facebook page went from a couple thousand to over 30,000 overnight.  Blogs and tweets and posts exploded with love for the Muppets (and all without Disney paying a dime for the free promotions).

It’s possible that the spark that fed the viral explosion came from influential blogger Perez Hilton, who cited this great interview with Charlie Poekel in The Village Voice.

Celebrities have been taking notice too, including Flight of the Conchords’ Kristen Schaal, Jimmy Fallon, and The Muppets’ own Jason Segel (who called out the campaign in his second tweet ever).

Influential bloggers picked up the story, not just because it’s a nice story, but because the journalists seem to actually want the Muppets to host the Oscars.  Some of the more notable articles include Gizmodo, Bleeding Cool, Flixist, HitFix, I-Flicks, Holy Kaw, and The Disney Blog.

Even reputable newspapers, magazines, and blogs perked up, including MTV, The LA Times, Forbes, E! Online, The Examiner, Huffington Post, The Washington Post, and Entertainment Weekly.  We also heard that the campaign was mentioned on Good Morning America!  (Sorry, no link for that one.)

Some websites went beyond just reporting the news and made lists of why they think the Muppets deserve to host the awards show.  Cinema Blend has a list of 5, Paste Magazine has 8, and Movies.com came up with 10.

Fandango and Indie Wire both started polls to weigh their readers’ opinions on the matter.  As of this writing, the Muppets are leading with 28.67% of the vote (against 18 other celebrities) in the Indie Wire poll, and they have a whopping 86% over Billy Crystal’s 6% in the Fandango poll.

Even the iPhone’s Siri wants the Muppets to host the Academy Awards! 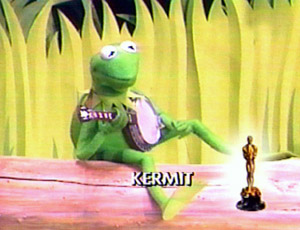 Our friends over at The Mary Sue blog are huge Muppet fans.  Which is why it must have pained them to write this article about why, both logistically and technically, a Muppets-hosted Oscars probably wouldn’t work.

Even Variety seemed to be against us, reporting that we can huff and puff all we want, but there’s no way the Muppets will get to host the Academy Awards.

The real kicker, however, came when Billy Crystal was tapped to reprise his role as Oscar host.  Luckily for us, Crystal has a long history of working with the Muppets.  He guest starred in an episode of Muppets Tonight, he made not one but two appearances on Sesame Street, and most importantly, he has a cameo in the new Muppet movie!  So if anyone would be an advocate of working with the Muppets on a live awards show seen by millions of people, it’s Billy Crystal.

Further hope came in the form of Bloomberg Businessweek, who announced that although Crystal will be hosting, Disney CEO Bob Iger claims to love the idea of Crystal and Miss Piggy sharing some screen time.  Add that to the fact that Disney (who owns both ABC, which airs the Academy Awards, and the Muppets) will be promoting The Muppets overseas, and a Muppet appearance at the Oscars just became very likely. 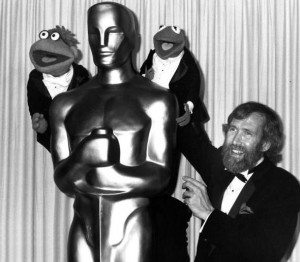 What Can I Do?

If you aren’t already, you should “Like” the campaign on Facebook and follow them on Twitter.  If anyone at the Academy Awards is paying attention, they’re looking at those numbers.  And you’ll be in very, very good company.

If you want to take further action, you can try getting in touch with The Academy directly!  They’re on Twitter and Facebook, you can contact them through their official website, or if you’re really old school, you can call them on the phone at (310) 247-3000.

Academy Awards producer Brian Grazer is also on Twitter.  If anyone in the world is qualified to make this executive decision, it’s him.  So obviously the best course of action is to bombard him with tweets.

And if you choose to tweet anything, be sure to use the hashtag #MuppetOscars!

What Does Pepe Think?

Pepe (via Muppeteer Bill Barretta) had some thoughts on the matter as well.  Here’s what he had to say on the campaign’s Facebook page:

Dear, All my friends and peoples of the Cakebook computer thin,

I thin the Muppins should go to Oscar’s house, because I hear he gives out baskets of espensive goodies, okay.

Por favor, for the sake of…me…tell Oscar to call Kermin and then Kermin can tell Oscar that all the Cakebook people’s want us to go there.

PS – If anyones can tell me where the Cakebook recipes are hidden, I would appreciate it, okay.

So for now, we wait.  And if the Academy is smart, we’ll see some Muppets next February.  Just keep up with the Tweeting and Facebooking, and let’s prove that the fanbase really can make a difference!

Many thanks to Charlie Poekel for his great idea and hard work, and thanks to James Boyle (@SuperFly) for creating the poster at the top of this page. 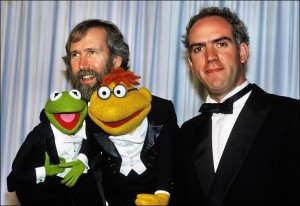 And the Academy Award Goes To… Not the Muppets

No Thanks, I Don’t Want a Jim Henson Movie

No, the REAL Muppets Weren’t on SNL Last Week