Am I A Muppet Fan First?

I like the Muppets a lot.  Like, a LOT.  More than your average Joe, but about the same as that other Joe.  If I meet a new person, it generally comes up within the first 10 minutes of conversation, mainly due to the Kermit eye tattoo I have on my inner left wrist. My family and friends are constantly asking me what’s new with the Muppets, or if I have any interviews coming up.  They ask me how Elmo is, like he’s a real person I’m in contact with. I get it and I’m pretty much cool with it.  I know I’ve chosen to put this franchise as a priority in my life for a long time and I know I’ve worn this fandom on my sleeve (and under it – again, tattoo).  But, as I grow older, having turned 33 just a couple of weeks ago, I’ve started feeling a bit weird about this whole thing.  Not in a bad way.  Let me try to explain.

At the time of writing, I’m in the process of house hunting, looking to buy a place I can call my own.  But now that I’m going to have my own space, I’m having to think about things like decorating, and appliances, and whisks.  Stuff that I’ve never really had to think about too seriously in the past, besides thinking ‘Where do I want to put this cool print of a panda on a bicycle?’ (It hangs over my bed, and I love it).

While discussing this with family recently, a cousin suggested ‘Get a massive print of The Muppets and put it up in the living room’.  Then later an aunt suggested these cool Muppet dish towels she had seen on Etsy.  Then a friend suggested a green whisk ‘You know, because Kermit’.  The more I had these conversations, the more I thought ‘…Is that all I am, a Muppet fan?’  Not that I’m not incredibly grateful to my family and friends for being supportive of my interests, because I absolutely am.  But my feelings on being synonymous with Kermit aren’t the same as they were, as I go through this strange identity crisis.

At the end of the day my interest in The Muppets hasn’t dwindled, even if it has evolved.  When I watched the Muppets as a kid, I would be laughing at the funny bear and the dude with the nose flying out of a cannon.  As I got older I’d be intrigued by character development and how each character related to those around them, and how it changed from production to production.  Nowadays I’m more interested in the writing and puppetry side of things.  Why did they settle on that joke?  How did they do that shot?  It’s gone from a purely fun ‘Lol look at Kermit’ thing to ‘That was a great joke, because it informs a lot about the character, but also, lol, look at Kermit’.  It’s also got a lot to do with this community.  I’ve found my people in Joe and Ryan and all the writers on this site and the Muppet performers and all of you, and that Ryan Dosier guy who never returns my calls.  It’s a life I found and honed for myself, and a life that I love. But it’s also not all I want.

This has also stemmed from something I saw recently while out and about; a car that had been covered, from bonnet to trunk, in Freddy Krueger decals.  When I tell you this woman had gone all in on Freddy, it isn’t a joke.  Her doors had fake scratches on it.  The windscreen had writing across the top, ‘1, 2, Freddy’s coming for you’.  Her license plate was Freddy related.  Even her rear window wiper had a decal on it which made it look like Freddy’s arm and hand, claws and all.  How many conversations a day do you think that lady has about freddy Krueger?  And while I LOVE the Muppets, enough to get them tattooed to my body, I don’t think I’ll ever be as all out about it as that woman was about Freddy.

In talking with Joe (you know, the one who likes The Muppets as much as me, not the average one) about this topic, he came up with a good point.  Liking the Muppets is fun as a kid.  Then it’s a bit embarrassing as a teenager.  Then as an adult, it’s weird, but kind of respected.  It’s normal for young adults to have a niche part of pop culture that they indulge in and take pride in being a part of.  I’m certainly not embarrassed about my Muppet fandom, far from it.  I’m very aware that it’s a weird thing for a 33 year old man to be so into.  And I do feel that it’s respected by my family and friends for sure, the interviews and relationships formed have certainly helped that situation.  But I hope that I’m seen as a more complex individual with more to offer than just a conversation about how good Muppets Most Wanted is.  When I die, is my obituary going to say ‘Muppet fan’ first?  Because I don’t think that’s what I am first.

I’m a fantastic uncle to three amazing and genuinely hilarious children, which I love.  I’m a great brother, who considers his siblings among his best friends.  I’m a wonderful son, the type who teams with his father so see how annoyed he can make his mother during a family dinner.  I’m a great friend, always ready to offer an ear or a silly joke, whichever the situation calls for.  I think Bo Burnham is a literal genius and if I wasn’t an atheist I could easily see myself creating the Cult of Burnham.  Sinatra is the best singer who ever existed and I sometimes dream about becoming a crooner.  I really do like “You Can Call Me Al” by Paul Simon, even if I have turned that into a running gag in these articles and interviews.

Maybe this identity crisis is something that my therapist and I need to take a long hard look at.  Maybe it’s something that will continue to evolve as I continue to grow and mature.  I genuinely don’t think there’s an answer.  Whatever I think is totally different to what you think.  How I feel is totally different to how you feel.  Some of you reading this are like that lady in her Kruegermobile, and you’ve gone all in on Kermit and the gang.  You wear the shirts and buy the merch and shout it from the rooftops.  If that’s what you want to do – do it! Sing “It Feels Like Christmas” as loud as you like in June.  You too might feel different one day.  Maybe you’ll find that thing you are first.  Maybe I will.  Let’s find out, shall we?

But seriously, how good is Muppets Most Wanted.

Click here to buy a green whisk on the ToughPigs forum! 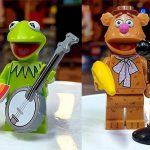 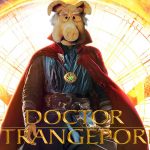