Reminder: Muppet Babies Is Not For Grown-Ups

We’ve been living with the fact that Muppet Babies is coming back into our lives for a little over a year now.  And to say that the internet is panicking is an understatement.  The world is truly turning upside-down with horror and confusion at the idea that Baby Fozzie will be introduced to a new generation of kids wanting nothing more than to make their dreams come true.

From what little we’ve seen so far, the show seems to have the recipe for success for the preschool market.  It’ll have loads of computer animation, whisking the viewers away to a new magical realm in every episode.  It’ll have colorful characters with broad traits that will allow kids to see themselves reflected in each Muppety face.  It fits in with the rest of the Disney Junior family, as if they could look natural next to each other in a network promo or a toy shelf. 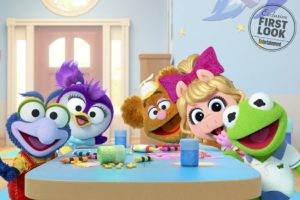 But the reaction from grown-up fans has been less than optimistic.  The aforementioned panic regarding the lack of Babies Rowlf, Scooter, Skeeter, Bunsen, Beaker, and so on seems to be leading this pitchfork-bearing mob.  The slow death of two-dimensional animation leaves many fans without any hope in a visually appetizing experience.  And there’s a purple penguin girl we’ve never met before, whom many of us refuse to get to know before casting judgment.

(Unless the person reading this happens to be a progressive 4-year-old, in which case, I’ll do my best to refrain from cursing.)

I know we’re all fans of the Muppets, and we want to appreciate everything with a puppet frog or a Henson logo attached.  And sometimes, that appreciation can be clouded by nostalgia.  Overwhelmingly, actually.  The truth is, the kids watching the new Muppet Babies won’t be watching because they’re hoping to see Baby Bean Bunny, or Robin the Tadpole.  They’ll be watching because to them, this is a New Thing, which was built by committee from the ground up to be appealing to their demographic.  Hey, it’s not sexy, but it’s probably true. 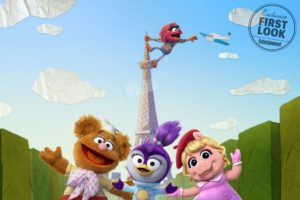 It’s really tempting to disregard the show just for choosing to feature Summer the Arbitrary Penguin instead of everyone’s favorite forgotten Muppet, Skeeter.  But it’s important to remember that there are only, like, 12 kids who actually know who Skeeter is, and none of them are complaining about her absence on The Twitter.  The adults, on the other hand, are doing plenty of complaining for a character who hasn’t been seen since 1991.

Now, you may be thinking to yourself, “But I like Sesame Street, and that’s aimed toward preschoolers!”, and you’re half-right.  I adore Sesame Street, but most adult fans don’t actually watch the show anymore.  They watch the viral videos, the live appearances, and the classic material.  The show doesn’t cater to both kids and parents as much anymore, because kids are able to use their technological knowhow to pull up whatever they want to watch on their iPads or DVRs or Netflixes by themselves.  Adults don’t need to be a part of the equation, so instead, we get our own stuff that stars the preschool characters we love, but without having to sit through an actual preschool show. 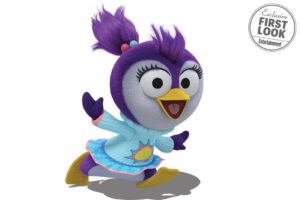 That said, the fact that Muppet Babies is returning at all means that Disney expects a certain amount of nostalgia to drive the brand.  So yeah, a few parents will tune in with their kids, and a few adult fans might even watch the show religiously.  But the quality of the show won’t be recognizable to jaded adults like us, who either expect something secretly mature or exactly like the Thing We Used to Love.  And let me tell ya, it won’t be either of those.  Muppet Babies ’18 will be a Disney Junior show for a Disney Junior audience, and whether it succeeds or fails in capturing that Muppet magic will be up to them.  No amount of Skeeter or repeating the past will make it a hit.

So just remember, the shiny new Muppet Babies is like Trix cereal: It’s for kids.  It’s also like those Apple Jacks commercials where the adults couldn’t see the apple, so they couldn’t understand why kids love them.  They’re also probably like Fruity Pebbles, for reasons that will never fully be explained.  In any case, the show isn’t for us.  And that’s okay.  We’ll still watch it at first, we’ll do our fair share of reviewing/complaining (because what’s the fun of running a blog if you can’t complain??), and then we’ll get out of the way and let the kiddies have their Baby Kermit and Baby Animal and all the rest of those guys we loved when we were young.  And in 34 years when it’s inevitably rebooted again, we’ll be able to pass along the knowledge we learned to today’s audience and make sure they don’t screw it up for their kids too. 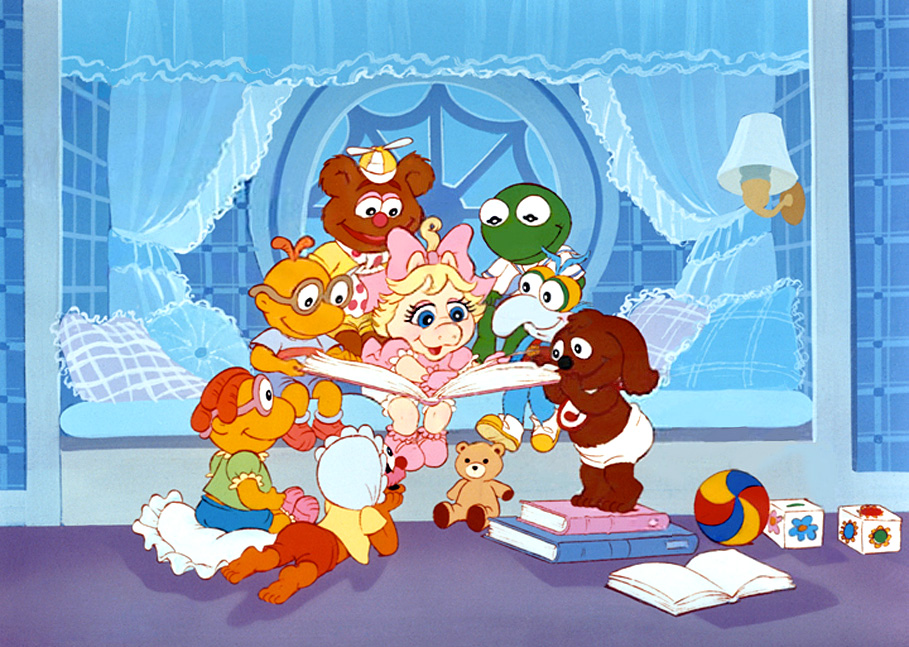 Click here to enjoy your breakfast cereal on the ToughPigs forum!