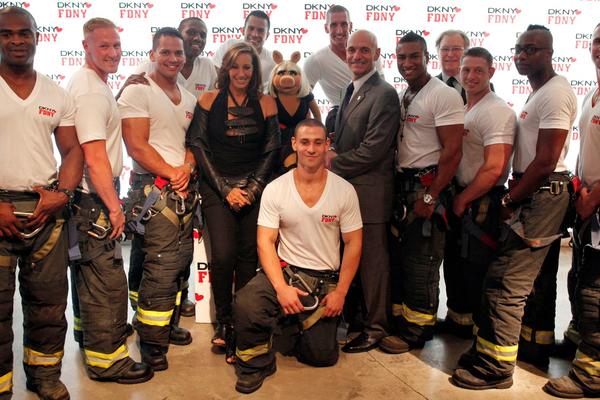 By far the most important thing to happen to the Muppets in the year 2011 was the night Miss Piggy made an appearance at Fashion’s Night Out in New York City, and the pig was such a big hit that she was invited back to participate in the… whatever it is, again this year.

As reported by We Are Movie Geeks, and documented on her new Twitter account (which is a fun idea, but so far frustratingly light on tweets that are actually funny), Piggy showed up at the DKNY boutique on Madison Avenue to promote the FDNY 2013 Calendar of Heroes, which is full of photos of hunky firefighters. She even wore a brand-new custom-designed Donna Karan outfit for the occasion. It’s great to see Piggy treated as a real celebrity, isn’t it?

Piggy tweeted several photos of the event today, but this one is probably my favorite: 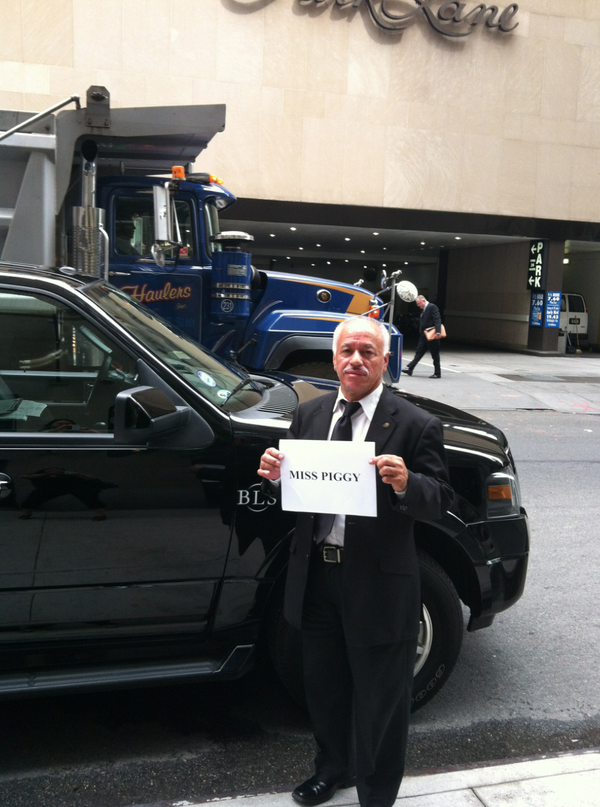 Click here to marvel at the fact that a pig puppet wears more expensive clothes than you’ll ever wear, on the Tough Pigs forum!

VCR Alert: Muppets All Over TV