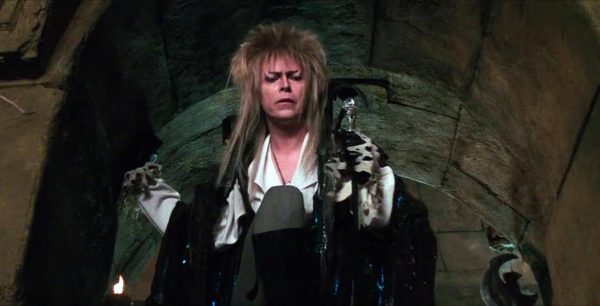 Remember that rumored Labyrinth sequel?  Did you think it just disappeared into the Bog of Stench?  No, it’s still circling through the Oubliette!  What I mean is, the project is far from dead.

According to Fandango, Director Fede Alvarez (Don’t Breathe, The Girl in the Spider’s Web) has completed a draft of the script, and has delivered it to The Jim Henson Company.

“I was actually having lunch yesterday with Lisa Henson and we reconnected with that project. We’re very excited about it. It is basically a direct continuation of the first movie many years later, and I can’t tell you much more about it… but we have a script, and we’re very excited about it so we’ll see where that goes. Like always, it takes time and effort to put those movies together because they’re larger than life. But that’s one of the projects that I’m very excited about.”

Obviously, the film would have to make some big changes in the Labyrinth mythos, as the late David Bowie can’t be included.  But Jennifer Connelly is still around, so maybe we could see the further adventures of Sarah?

In any case, it will be interesting to see where the Henson Company and Fede Alvarez decides to take the Labyrinth franchise next.

Click here to get horribly lost on the ToughPigs forum!

Labyrinth Sequel Has a New Director