It’s no secret that I’m a big fan of the Labyrinth comics from Archaia.  Their short stories have been doing a fantastic job at filling in the world of Jareth and the goblins while keeping the original film as a stand-alone piece of art.  My only complaint is that I wanted more.  Lucky me!

Archaia has just announced a new ongoing (read: not a miniseries) Labyrinth comic book!  The first issue drops in February, 2018.

The series will be written by Simon Spurrier (“The Power of the Dark Crystal”), with art by Daniel Bayliss (“The Storyteller: Dragons”).  The art for the covers of the first issue (seen below) are by Fiona Staples, Jill Thompson, and Bill Sienkiewicz.

The series will take place in 18th century Venice, and will tell the untold origin of Jareth, the Goblin King.  We’ll follow a young woman who entered the Labyrinth long before Sarah, and will reveal what happens to the children who don’t get rescued like Sarah’s brother Toby.

Intrigued?  Us too.  Keep an eye on this space as we get closer to the release as we provide preview pages and reviews! 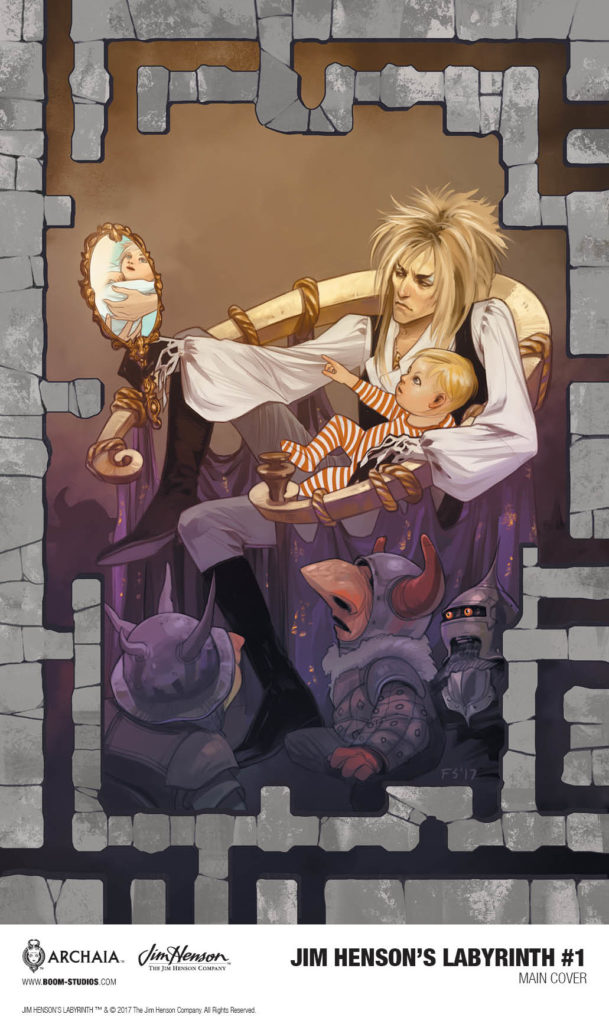 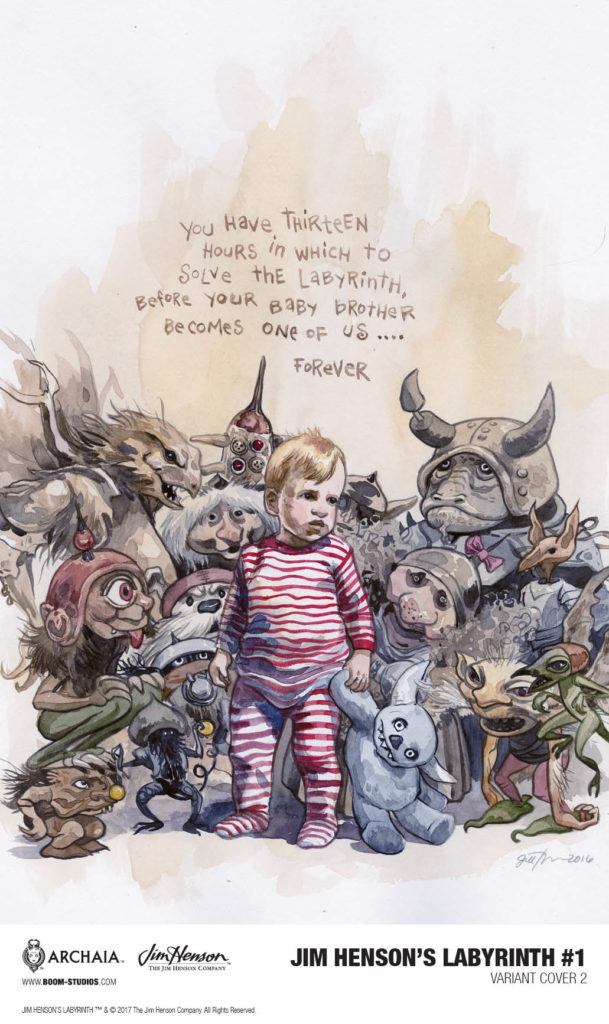 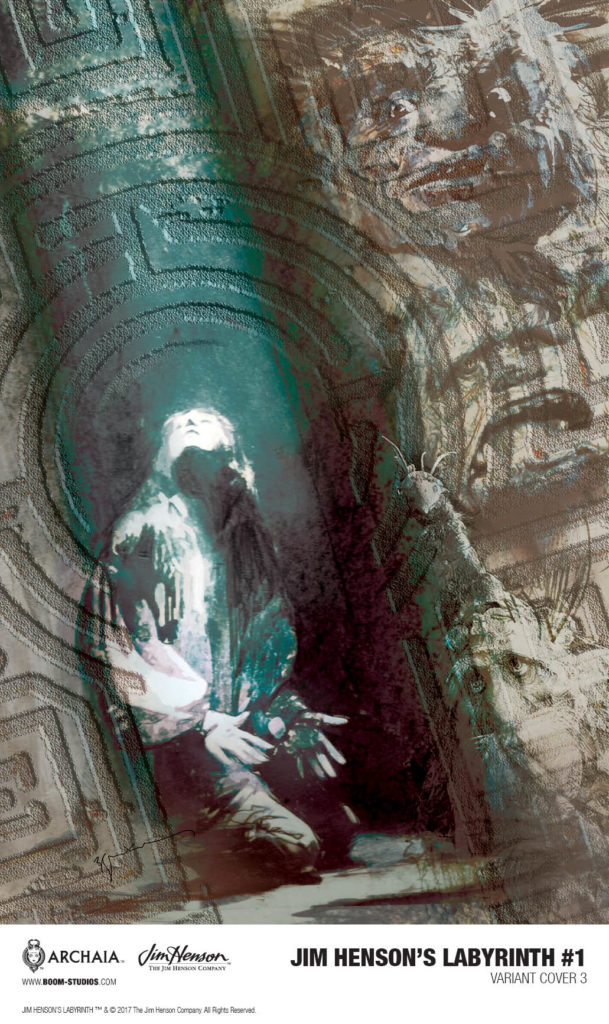