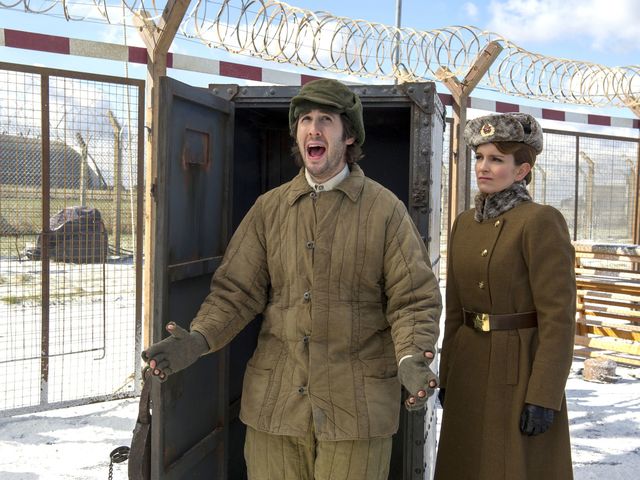 Since it’s been revealed that Kermit the Frog is now romantically involved with a pig named Denise, Miss Piggy has been seen cavorting with a number of celebrity suitors, including Nathan Fillion and Liam Hemsworth.  Now we’re adding a third to that list.

According to The Muppets Executive Producer Bill Prady, Piggy will soon be seen whispering sweet nothings into the ear of Josh Groban.  You may remember Groban from his appearance as a prisoner in Muppets Most Wanted and in the “Pure Imagination” YouTube video.  Also from being a famous music star or something.

Also according to Prady, Kermit’s responsible for the Piggy/Groban relationship.  Apparently when they were together, Kermit and Piggy both created a “free pass list” of celebrities they’d have permission to cheat with if they ever got the chance.  Kermit tries to fix his own tense situation by fixing the two up (in the form of a romantic on-screen duet), which will almost certainly lead to disaster and further shenanigans.

Still, I wonder if we’ll ever find out what Groban did to land himself in a Siberian gulag.  Dude looks like a murderer to me.

Gonzo’s Into Some Weird Stuff on His Dating Profile