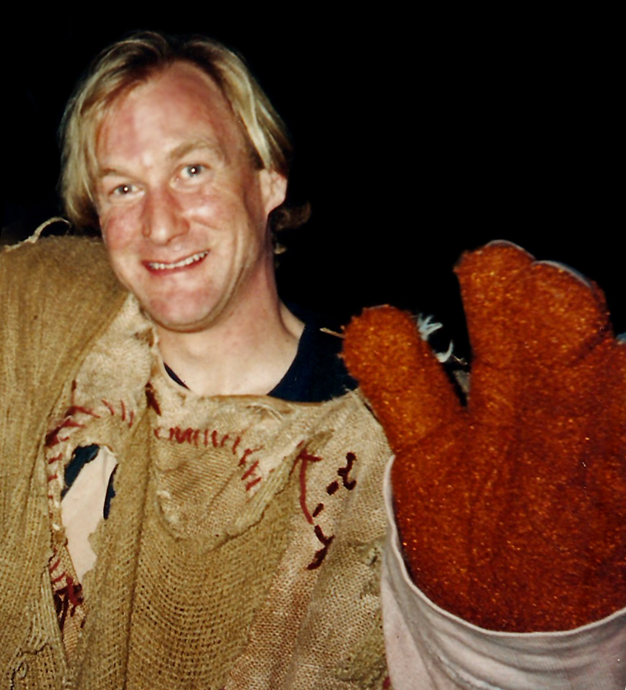 At 11:15 this morning, the Jim Henson Legacy posted on Twitter to report the passing of John Henson on February 14.  The Jim Henson Company has since confirmed the cause of death as a sudden massive heart attack.  He was 48 years old.

Born on April 25, 1965, John Henson was the fourth of Jim and Jane’s five children.  Like all of the Henson kids, he worked on various Muppet efforts over the years, but he will be best remembered by fans as the primary performer for Sweetums for over a decade.  John transitioned into the role when Richard Hunt became physically unable to operate the large puppet, and John’s performance ensured that Sweetums would continue to be part of the Muppet ensemble over the years, in productions like Muppet Treasure Island and Muppets Tonight.

If you ever went to the old Disney Store in New York City on 5th Avenue, chances are you’ve seen another of John Henson’s creative works.  He collaborated on “The Great Hot Air Balloon Circus,” a whimsical sculpture covered with small Muppet figurines. The sculpture originally lived at the old Henson Company townhouse, before being displayed at the Disney Store for many years.

We don’t know a lot about John Henson outside of his Muppet contributions, but Brian Jay Jones’s recent book Jim Henson: The Biography provides us with some insight.  Jones describes John as “perhaps the most spiritual or ethereal of the Henson children,” and notes that at the premiere of The Muppet Movie, John was moved to tears by the opening “Rainbow Connection” sequence.  It was also John who took on the task of finding a fitting location to scatter Jim Henson’s ashes after Jim’s death, eventually “tuning in” to a location in New Mexico that Jim had once expressed a spiritual connection to.

We at Tough Pigs would like to join Muppet and Henson Company fans everywhere today in expressing our deepest condolences to the Henson family.