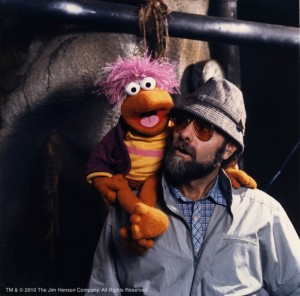 In the wake of Jerry Nelson’s passing, most of us are spending time remembering everything we can about him. We remember the kind of person that he was, the life he led, the effort he put into his work, and his talent as a performer. When remembering Jerry’s skills as a puppeteer, most people will immediately connect him to his fantastic work on Sesame Street and with the Muppets. While both of those are, without a doubt, some of the most important work Jerry ever did, there was one other production that is just as prominent in Jerry’s repertoire as a puppeteer that is not to be excluded: Fraggle Rock.

The story goes that when Jim Henson pitched Fraggle Rock back in the early 80’s he declared it as a show that would “bring about world peace.” Just observing the concept, it is obvious that Fraggle Rock was very near and dear to Jim’s heart right from the very start. Understanding this, it only makes sense that Jim would want to cast the show from within the group of puppeteers he already knew so well. He drew primarily from his Muppet Show friends, bringing along Steve Whitmire, Kathy Mullen, Dave Goelz, Richard Hunt, Karen Prell, and, of course, Jerry.

Jerry put in so much work on The Muppet Show. His characters were never major players, but he performed such a large array of Muppets on the show’s entire run. I like to think that Jim saw Fraggle Rock as Jerry’s moment to shine, as he offered his friend the role of Gobo, despite the fact that Jerry initially wanted Steve Whitmire to take the role. Jerry also had the opportunity of playing various other characters, such as: Marjory the Trash Heap, Pa Gorg, Architect Doozer, Feenie Fraggle, Uncle Gobo, not to mention several one note characters. 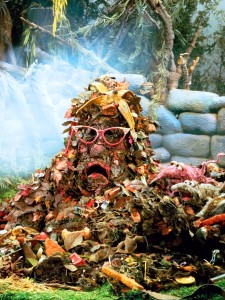 Marjory was such a prominent character on Fraggle Rock. Whenever the Fraggles didn’t know what to do, they would turn to the all knowing, all seeing Trash Heap. From there, Marjory would dispatch advice, wisdom, and on occasion a little bit of magic to help the Fraggles out. Jerry’s work as the trash oracle exemplified his talent as a character actor, and allowed him to take on a more prophetic character than he normally did.

Then there was Pa Gorg, who wanted nothing more than to rule the universe, shirk all of his work onto his son, and be a good husband. Though Pa Gorg had his flaws, he was a Gorg of high honor and attempted to rule as best he could. While Jerry was only responsible for half of Pa (controlling the face and voice while Gordon Robertson filled out the body), he brought so much life and humor to the character with everything above the neck.

And, of course, there was Gobo. The fearless leader of the Fraggle Five. Gobo was constantly out seeking the next adventure for him and his friends to go on. Though he could be a bit conceited and bickered with Red far too often, the character proved to be a loyal friend, a courageous spirit, and a gracious soul till the end. Jerry brought so much gentility, vigor, and heart to the character, making it impossible to not be won over by Gobo within a single episode.

Not only did Fraggle Rock permit Jerry to display his amazing range of voices and puppetry, it allowed him to show off his singing as well. Jerry was a fantastic singer, and he sang some truly amazing songs in the show’s run. This facet of Jerry was reflected nicely in Gobo, who also had a deep love of music and was always strumming his guitar. 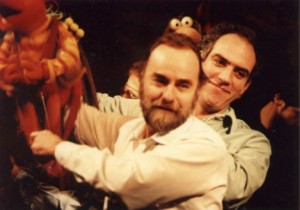 The first song is entitled ‘Goodbye Goodbye’ from the episode “Manny’s Land of Carpets.” This has been my favorite Fraggle Rock song for a long time now. I find it incredibly powerful in the wake of Jerry’s passing, because it’s about it being time to say goodbye (in retrospect, it’s a good parallel to the Muppet song ‘Saying Goodbye’). The second song is ‘Petals of a Rose’ from the final Fraggle episode. Here’s a verse that particularly stands out to me: “And ain’t it just the way it seems? We pull the petals off our dreams. Our hearts can say we’re here to stay, but we always say good-bye. We always say good-bye.”

The third song is ‘Dixie Wailin’, which Boober sings at Junior Gorg’s “funeral”. It’s quite an appropriate song, since Gobo picks up the tempo and takes what was a depressing song about death and turns it into a more positive, uplifting one instead.

While we mourn Jerry and are sad to see him go, the important words of the last Fraggle Rock episode ring true: “You cannot leave the magic.” Jerry is the magic, or at least one of the many parts of it, and he’ll never leave us no matter where we go. He is always going to be a part of our lives. And, at the end of it all, I can’t help but think that Jerry, the soulful guy that he was, would want us to remember the message of the song ‘Follow Me’. While everyone’s days must at some point come to an end, the sun is going to rise anew as the world “begins again” no matter if there are “sunny skies or rain”. So we will press on, holding the countless memories Jerry gave us over the years close to our hearts.

Thank you, Jerry, for being our rainbow in the sky and letting us follow you for all of these years.