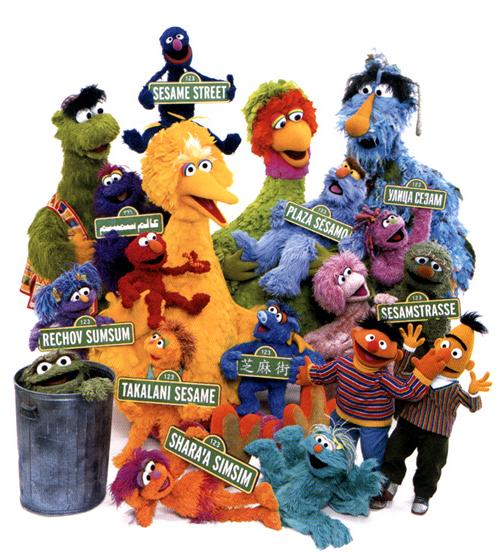 RYAN:   Do you want to talk a little about your work with Sesame International? What productions have you helped out with?

RYAN:   My goodness. That is just incredible.

RYAN:   How does it feel to have such an impact on the world?

MARTY:   Great. I was speaking of that a bit before. It’s really great to be able to teach what I know to these people, to be able to pick them, train them. The thing is, you can’t hire until you train, because you don’t know if they’re gonna take to the training. So the process is training, auditioning, and then you weed them out as you go along until you’re down to your basic crew. But when they get it, oh God it’s so exciting. Exciting for them, exciting for me, exciting for the people watching them, the crews, the directors… because they get it, they get the style and they have the ability to be effective teachers in their culture. I have friends, and students, and children all over the world that I’ve taught this craft to. I keep in touch with many of them and it’s really nice, especially when a project has longevity and they can do it for many, many years.

RYAN:   We get to see a little bit of Kevin Clash teaching people in Being Elmo. It looks so rewarding and amazing.

MARTY:   There’s a documentary called The World According to Sesame Street, have you seen that one? That’s the one that follows the productions in Kosovo and Bangladesh. You really get a taste for what that’s like.

RYAN:   Oh yeah. It’s such a struggle, but once it happens it’s just so great.

MARTY:   Yeah, it’s always a struggle, but there’s always time when you think “this is never gonna work.” Because these people are hopeless and they’ll never get it! But I’ve never not had an astoundingly successful company. It always works out in the end. Sometimes producers ask me how I do it and what’s my process and what my teaching process that I use is. It’s kind of tough to quantify, it’s kind of tough to write down. I had written all my exercises down but when they ask for guarantees that the process is gonna work, pretty much what I say is, “It’s kind of like magic.” I don’t really know how it works… but it always works. You have to trust. Trust in yourself and the system and your intuition and all those kind of intangibles… then it’s gonna come together.

RYAN:   Could you talk a little bit about working with the human actors on Sesame Street? They’re all so wonderful and most of them have been doing it for so long. Who are some of your favorites to work with? I’m sure you’re going to say all of them, but…

MARTY:   You know, they all get different types of scripts and provide different types of services depending on who their characters are. For instance, I love working with Bob as the straight man. When he does the crazy, crazy costume stuff and the silly stuff, yeah, that’s one thing, but I love when Bob is just Bob. He’s just one of the best straight men ever and it’s really useful to have a straight man with all of these crazy Muppets running around. We can’t all be crazy.

I love working with Chris as Telly. Telly and Chris have a very special relationship. Telly and Alan have a very special relationship. Telly really works with those two really well and really digs ‘em and is very safe with them. I love Alan. Alan is very sweet, very safe, very fatherly, and protective of Telly. Chris gets really nutty with him and Telly kind of abuses Chris’s good nature slightly.

I just love working with Sonia. I love it when she gets silly too. And Gordon… Roscoe, Roscoe Orman–he’s kind of like Telly’s dad. Gordon is the dad that Telly never had and Telly just loves him–loves him dearly. If it wasn’t for Gordon, Telly would have gone mad years ago. He really would have. Telly had it rough at home, and Gordon knew about that, in my mind, and made up for it. He took up the slack, stepped up to bat, like a real man. It was a good thing that he did with Telly. And again, this is nothing but my back-story! Roscoe Orman may know absolutely nothing about this, but that’s not important to me, but it is important to Telly.

RYAN:   What about the other Muppet performers?

MARTY:   Oh, it’s great. You get in the same room with them… when we’re in the green room in the morning or at lunch, or God help us we’re out on the scene–it’s such great fun. You know, Kevin… Kev has got a lot of responsibility there, so it’s really nice when he can not be directing and not be producing and just be there having fun. That’s when I enjoy Kev the most. Of course, when he’s putting his director hat on or his producer hat on, he does that really well and we enjoy that, but I love it when he can cut loose and relax a little bit more. You know, do the puppetry that he does so brilliantly.

Pam Arciero is one of my best friends, my partner in Telly. Tyler Bunch is just crazy and the range of characters that he can do, and do really well, is just astounding. Carmen Oshbar is a very, very sweet girl, very funny. I’ve worked with she and Rosita and Telly just loves Rosita–he actually has a crush on her. Fran Brill is one of my favorite people. I love Prairie Dawn best of all of her characters… Prairie Dawn is such an abnormal little girl, very strange, very weird, but very, very useful. I wish we had a lot more Prairie Dawn stuff.

Eric Jacobson… I just love his Bert, it’s great. When Steve Whitmire comes back to play it’s always fun, although he’ll usually come back to do Ernie and do Bert and Ernie bits, he’ll be back for two, three days and I won’t even have seen him, but I love working with those guys as well.

Leslie Carrara is–again, I don’t use this term lightly… but I’ve used it three times already in this talk–she’s one of my favorite people in the world. She is just amazing. I’m constantly amazed by her. Her level of energy and the way her mind is on fire all the time. She has an amazing mind and is a brilliant performer. Her stand-up comedy act is amazing and she’s got live shows that she puts together… she’s just a girl on fire.

Oh, Caroll Spinney… he is the oldest child I know. Caroll Spinney is a child. (laughs) I just love him dearly. He is the sweetest man. It’s just strange because Snuffy and Bird are best friends and that translates to Caroll and I, you can’t act being best friends all those years without a lot of it rubbing off, a lot of it being really real, really true stuff.

It’s the same way with Dave Rudman. I’m very fond of Dave Rudman. His work is so good. He’s just an amazing performer, he’s one of those performers from the Richard Hunt school that really does their homework and comes prepared and can improvise on a dime, but can stay very close to the script and knows exactly where he’s going with something. If you slip him something new, he’s right there, you can’t put anything over on him because he’s absolutely present in every moment. One of my favorite things is when Dave and I are doing a script we talk to the script supervisor or the producers who run that aspect of it… they know that they’re gonna get it done really good and really fast. If they keep me around for any reason, it’s because of things like that. Dave and I have the highest percentage of first take finishes than anyone. We can finish a scene in no time at all and it’s just exactly the way it should be. We have so much fun doing it.

Matt Vogel is great. Nobody knows how great a performer Matt Vogel is yet. He hasn’t quite had the chance to really show it. He’s got some really good characters that he’s done, some of them are ongoing, but he’s just brilliant.

And Joey Mazzarino… is just certifiable. If I didn’t like him so much, I would be horribly jealous of him. (laughs) Considering that he’s the head writer, he’s one of our main directors; he’s got all these brilliant puppets that he does. I just love Stinky, he’s one of my favorite new characters–and that crazy elephant that he does is just so off the wall, you can’t imagine how off the wall that is! The stuff that comes out of his mouth between takes or when he’s rehearsing… you just can’t imagine what comes out of this sweet man’s mouth. It’s just unprintable. I’ve never really had a chance to work with Murray since he’s not on the set and just on the street. There’s a little film on the website I was telling you about (Sesame Family Robinson), in the Muppet section… with Telly and Murray in Hooper’s Store just kind of talking about puppetry on the Street. It’s a nice little scene.

RYAN:   That’s really cool. I will definitely be checking that out.

MARTY:   Also check out a series of films on there called “Handy Man.” It’s just a set of little work boots that I put on my fingers and they walk around. He has a lot of backstage Sesame Street stuff that he’s done. He goes and kind of explains how the control room works.

RYAN:   I think I’ve just got one more question… and this is another one that doesn’t really have an answer.

RYAN:   Can you tell me how to get to Sesame Street?

MARTY:   Yeah… you take the R train to Steinway Street and you get off at the back of the train, get off at the corner of Steinway and 36th Street and you walk down to 36th and 34th Avenue and it’s Koffman/Astoria Studios… but you won’t get past the guards unless you have ID or unless somebody’s expecting you. We’re up on the third floor! And that’s it. That… or maybe practice, practice, practice… but maybe that’s Carnegie Hall.

MARTY:   (laughs) Yeah, that’s on 57th. Sesame used to be elsewhere, we’ve bounced around a lot… but Sesame is really a way of presenting yourself to the world. It’s a little slice of life that’s maybe a little bit more the way should be than the way things are.

RYAN:   Without a doubt. This has just been wonderful and just incredible.

MARTY:   I have no idea how you’re gonna transcribe this to anything possibly useful that’s not gonna be like 150 pages!

Infinite thanks to Marty Robinson for his wisdom, time, and kindness. I can never thank him enough for not only for this interview, but also for the magic and wonder he has brought to me and the world.

Be sure to check out the blog of Marty and his wife Sesame Street writer Annie Evans, B is for Blog – Sesame Family Robinson which chronicles their life at home, their work on Sesame Street, and so much more. It’s a treasure trove of goodness!

And make sure to read Part 1 and Part 2 of our interview! 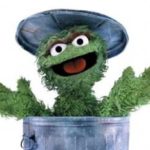