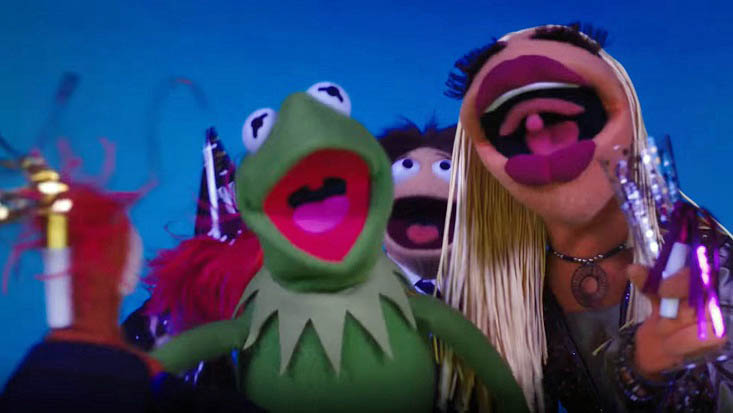 But it’s early yet. Maybe this will be a banner year for Muppet fans! Here are some things I, a Muppet fan, would like to see in the new year.

A Muppets Now worth waiting for

First we heard Disney+ would exist, then we hoped there would be a new Muppet series on Disney+, then they announced two different projects, then one of them got cancelled, and now we’re eagerly waiting for Muppets Now, the supposedly “unscripted” short-form series that will arrive on the streaming service this year. A short-form series doesn’t allow a whole lot of room for character development or story, so I’ll just say I hope it makes me laugh. And if it’s a hit — or if it’s not a hit — I hope it’s followed by more original Muppet programming. The Mandalorian was great, but I’m ready for Muppets! 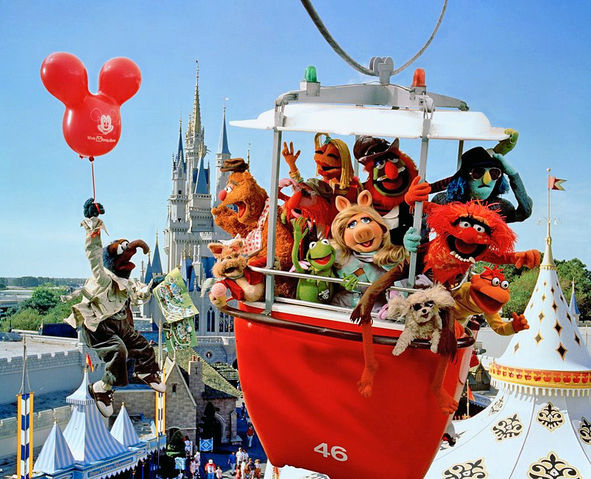 The big Muppet movies (that Disney owns distribution rights to) are on Disney+, and so is the 2015 The Muppets series. That’s excellent — I’ve already noticed several folks on social media using the opportunity to revisit the films and introduce them to a new generation. But you know what would be even excellenter? If The Muppet Show were on Disney+… or, if those pesky rights issues are getting in the way, at least the first three seasons that are on DVD. And maybe I’m being unreasonably greedy here, but I’d also love to see some of the classic specials make their way to the streaming service. Surely there are no rights issues with making The Muppets at Walt Disney World available for old fans to enjoy and new fans to discover? Kids love Charles Grodin! 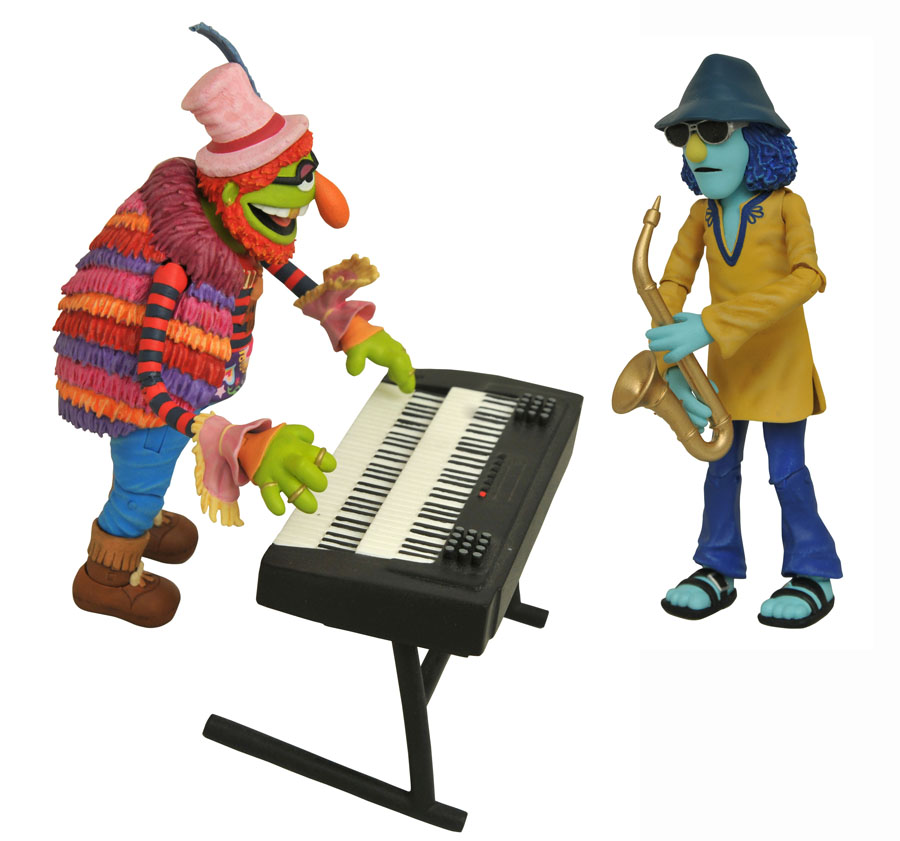 I know, it’s been well over a year since the Swedish Chef figure was released, and it’s ever more unlikely that we’ll get to complete our Electric Mayhems. But my Animal, Floyd and Janice figures are just sitting on the shelf waiting to start rehearsing, and I don’t have the heart to tell them their bandmates might not be coming. 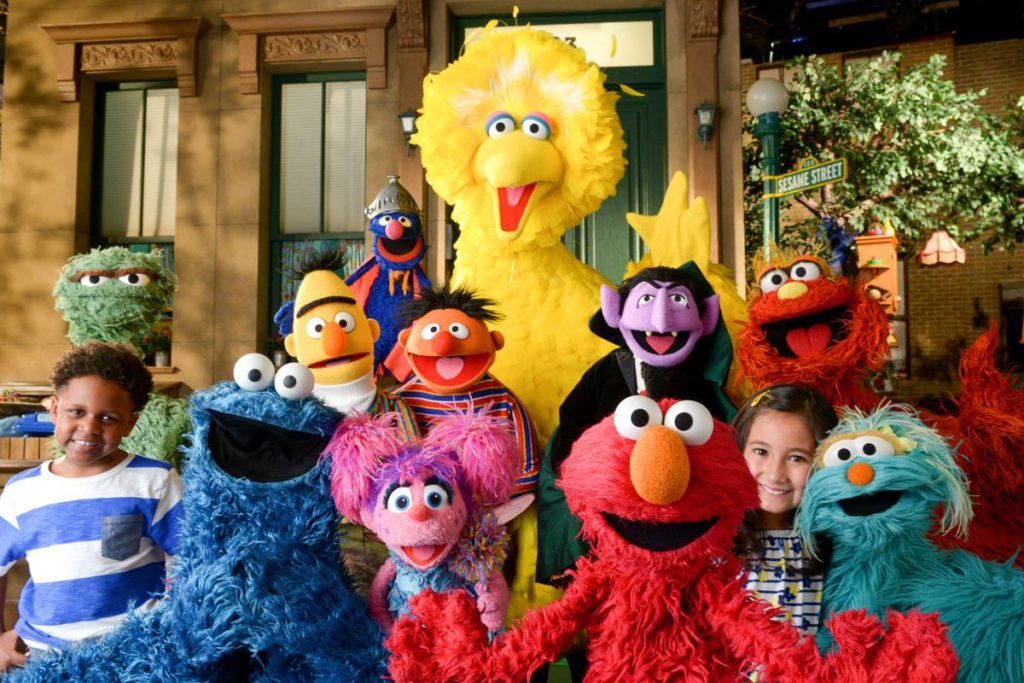 I have no complaints about the volume and quality of Sesame Street that we got in the show’s 50th anniversary year. So I’ll just hope that 2020 brings more good stuff. It sounds like the pending feature film won’t be out this year, so I’ll hold off on ordering my popcorn, but I’d love to see some more entertaining TV episodes, YouTube videos and talk show appearances… and maybe a nifty TV special? Heaven knows we could all use a little help getting smarter, stronger, and kinder these days. 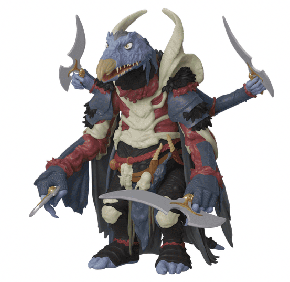 I’m looking right now at my action figure of the terrifying Hunter Skeksis from The Dark Crystal: Age of Resistance by Funko. It’s pretty great. How about another wave of these guys? There should be action figures of Brea, Seladon, the Chamberlain, the Wanderer, and the Heretic! And if I worked for Funko, I would make them so each one came with a piece of a build-it-yourself Lore figure. But why stop at action figures? How about a full-size replica of Hup’s spoon? Or a baseball cap that looks like that skull the Hunter wears on his head? So many possibilities! Speaking of which…

An announcement for a second season of The Dark Crystal: Age of Resistance

I don’t want the show to go on too long, because they went through a lot of plot in that first season and I don’t want them to run out of ideas. Also, the longer the series goes on, the closer it gets to all the Gelfling being wiped out by the Skeksis, which nobody is looking forward to. But there’s still potential for at least one more batch of episodes, and although I know they wouldn’t have time to make it all and air it all in this calendar year, it would make a lot of people (and Fizzgigs) happy to know that more is on the way. 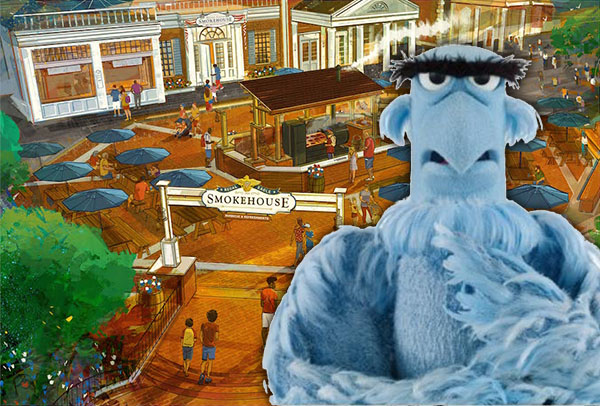 We just found out that Sam the Eagle will be part of the theming at a new restaurant at Disney World’s Epcot. What a pleasant, patriotic surprise! I don’t know exactly what form Sam’s presence will take, but I hope he’s a big part of every guest’s dining experience. And I hope I go to Disney World soon after the restaurant opens so I can see for myself! (To be fair, I always hope I can go to Disney World soon.) 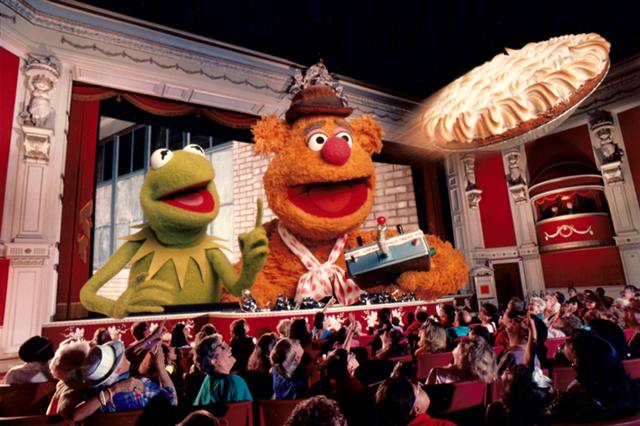 Some other new thing at the Disney parks

I don’t want to seem ungrateful that a Muppet will be associated with a restaurant at Disney World! That’s wonderful! But I’d be thrilled if it turned out to be just the start of a reinvigorated Muppet presence in the parks. They could announce a new Muppet show, or a new Muppet ride, or a second 3-D movie that alternates screenings with the original MuppetVision and stars Walter and Uncle Deadly. Anything would be good!

Another fantastic year for Tough Pigs

We nailed last year’s “Sesame Street: 50 in 50″ series, and we’re continuing to do important work with our “The Muppet Show: 40 Years Later” series, our podcast Movin’ Right Along: A Muppet Movie Podcast, and more. We have a thing or two up our sleeve for the near future, and I’m sure we’ll come up with a lot of other fun stuff that we haven’t even thought of yet. So here’s to more of the best Muppet news, commentary, and general nerdery on the internet in 2020!

Click here to wear a skull on your head on the Tough Pigs forum!

Women’s History Week: The Need to Do Better