Muppets on Good Luck Charlie is a Thing That’s Happening 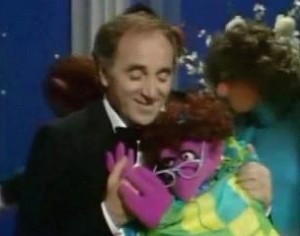 Kermit the Frog, Miss Piggy, Fozzie Bear, and Animal are set to appear on the 4th season premiere of the Disney Channel’s Good Luck Charlie on April 28 because Disney remembered that they own the Muppets and the Disney Channel’s trademarked brand of watered-down tween sitcoms and the idea behind vertical integration.

Here’s the official description behind the episode:

In the premiere episode, the Duncan Family decides to build their dream house after the family home is devastated by termites. Everyone, with the exception of Charlie, is excited at the prospect of a new and larger home. However, Teddy has a change of heart after a dream in which Kermit the Frog, Miss Piggy, Fozzie Bear and Animal convince her that the old family home is really the house of her dreams. The episode’s original song “Dream House” is written by Grammy and Emmy-award winning Adam Schlesinger (“That Thing You Do,” “Fountains of Wayne,” “Tony Awards”) and produced by Schlesinger and Steven M. Gold (“Saturday Night Live,” “The Colbert Report”).

Stay tuned for our review of the episode, coming soon after April 28, in which we inevitably complain about a TV show which we aren’t remotely close to being in the right demographic to enjoy!

On the bright side, here’s Miss Piggy being interviewed by Access Hollywood on the set of Good Luck Charlie:

Thanks to Kenny for the head’s up! Click here to wish us good luck on the ToughPigs forum!