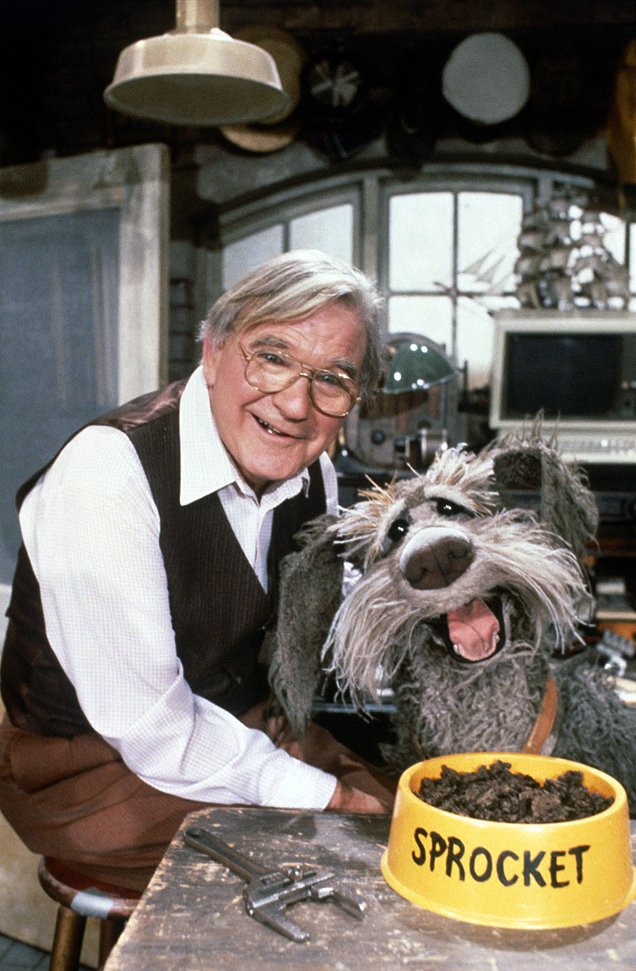 We have received sad news from the family of Gerry Parkes, who memorably portrayed Doc on Fraggle Rock, that the actor has passed away at the age of 90.

This is a difficult loss for us Muppet fans.  Aside from the human actors on Sesame Street, Doc was quite possibly the most visible actor to work with the Muppets on any production.  He appeared in all 96 episodes of Fraggle Rock (as well as the “Fraggles Look for Jobs” short made just for the cast and crew), and he was the only human being featured in the classic Muppet Family Christmas.

Of course, Gerry Parkes’ career extended far beyond just Doc.  He’s well known for his role (coincidentally, also named “Doc”) as a bartender with Tourette’s syndrome in The Boondock Saints and its sequel.  He also appeared in numerous stage shows and radio dramas, as well as over 70 films.

His bio, as seen on the Muppet Wiki:

Born in Dublin, Ireland, Parkes moved to Canada in 1956. His acting career has spanned film, radio, television, and the stage. Parkes worked often on CBC radio, beginning in 1959, and shifted into television and film, acting in such diverse series as the 60’s ecological adventure series The Forest Rangers, children’s show The Littlest Hobo, and the detective series Cagney and Lacey. In 1968, Parkes won the first Canadian film award (then called the Etrog and now known as the Gemini) for his portrayal of Uncle Matthew in the movie Isabel. He also received the Andrew Allan Award in 1983 for best radio actor.

But seeing as this is a Muppet fan site, and Fraggle Rock was so important to him as well as us, we want to talk more about Doc.  Doc was an interesting character, because he played two important roles: He was the connection between the world of the Fraggles and our own world, making him at times our viewpoint character.  But he was also the opposite, playing a character that we couldn’t understand because he would get so fixated on something or couldn’t see what was right in front of his face.  It was a careful balance that Gerry Parkes handled dutifully.

Doc’s relationship with his dog Sprocket is one of my favorites in the Muppet world.  They really love and respect each other, despite the fact that the can only sometimes actually understand what the other is thinking.  They rely on each other, as Sprocket needs Doc to feed him and keep him safe, while Doc needs Sprocket for his companionship.  While we only ever see Doc and Sprocket alone in their workshop, we may also see them as being alone in the world, with only a hole in the wall or a voice on the phone to connect them to what lies beyond.  But inside that little shed, all they need is each other.

Doc’s important role on Fraggle Rock led to his equally important role in Muppet Family Christmas, in which he attempts to rent Fozzie’s mother’s farmhouse for a nice, quiet Christmas with his dog.  Of course, nothing ever works out the way we plan, and the Muppets (and the Sesame Street gang, and then eventually the Fraggles as well) all join him in the townhouse for the holiday, despite the fact that Doc probably had a signed agreement and could sue the bloomers off of Ma Bear.  Instead, Doc grows to like the Muppets, and even volunteers to build bunk beds (“B words!”), shovel snow, and brave the winter storm in search of the absent Miss Piggy.  By the end, Doc even dons a red suit and beard to hand out presents as Santa Claus.  He really got a great (yet subtle) story arc in that special, and in my eyes, it’s one of the highlights of his entire career.

We can’t talk about Doc without talking about the final two episodes of Fraggle Rock, in which Doc makes two huge changes to his life.  First, he sees the Fraggles for the first time.  And second, he decides to leave his home and move to the desert with his friend Ned Shimmelfinney.  This is profound on so many levels.  Other than a few of the people that Traveling Matt meets during his adventures, this is the first actual connection between a Fraggle and a Silly Creature.  Doc, ever the budding scientist, treats the discovery with a load of questions and curiosity, but still with a sense of wonder than any of us would feel if we came face-to-face with Gobo.  But he also has to make the hard decision to leave that curious part of himself behind so he can care for his friend, as he learns the lesson that the Fraggles have been teaching all along: Nothing is more important than friendship.  In a satisfying turn of events, Doc finds that he cannot leave the magic, and he gets to continue his newfound relationship with the Fraggles in his new home.

I don’t think we ever would’ve expected an actual series finale to Fraggle Rock, as it didn’t really have a full story arc that needed resolution.  But the ending really is perfect, and putting some of the focus onto Doc is inspired, as he once again plays the role as the audience representation.  The Fraggles (and their lessons and songs) will always be with us, no matter where we go.  And despite the fact that we have questions and want more time with them, we’ll always be grateful for the time we had and the joy we’ll continue to receive.  Gerry Parkes knocked those final episodes out of the water, as we watched him bid a teary farewell to his home and his new friends, only to find a happy ending once again at the end of a Fraggle hole.

We’ll miss Gerry Parkes, just as we miss Doc.  But as Doc taught us, even though someone is gone, we’ll always find a way to keep them close to us.  We cannot leave the magic.

Click here to help us remember Gerry Parkes on the ToughPigs forum!