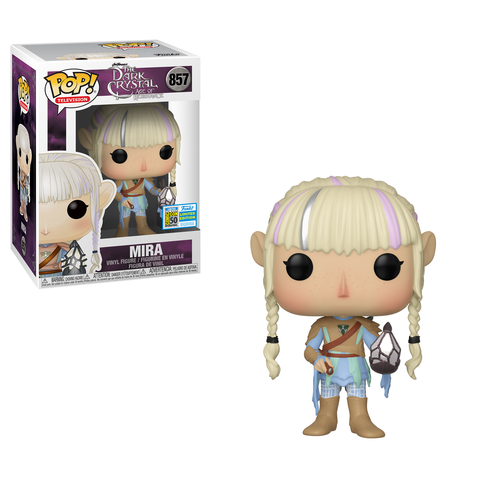 We haven’t even officially met the new Dark Crystal: Age of Resistance characters yet, and we’re already chomping at the bit for merchandise featuring the new characters.

Funko has just announced a new Pop figure featuring the likeness of Mira, one of the stars of the new Dark Crystal Netflix series.

Unfortunately for most of us, Mira will be exclusive to Comic-Con International in San Diego, but we’re hoping/expecting that she’ll be more widely available soon thereafter, as evidenced by their previous Comic-Con exclusive Super Grover.  We’re also hoping/expecting more Dark Crystal Funko to follow in Mira’s footsteps.

Click here to go wide-eyed on the ToughPigs forum!

The Dark Crystal: Age of Funko