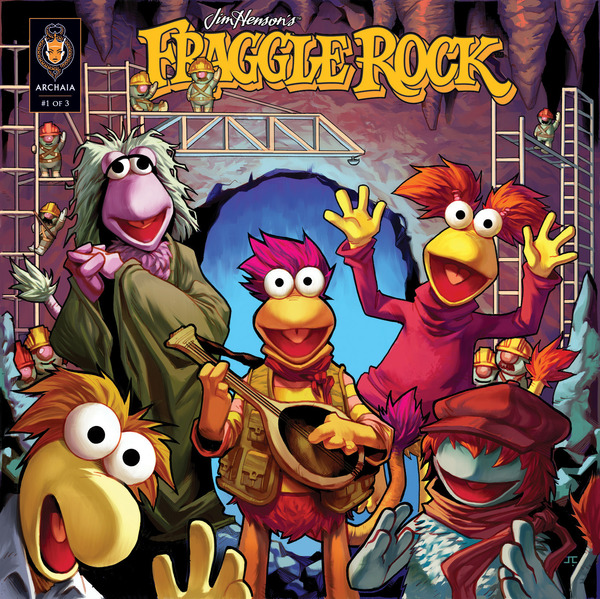 You saw it here first folks, the first cover to Archaia Comics’ Fraggle Rock comic book! This issue will be given away for free (yeah, free!) at this year’s Free Comic Book Day, on the flip-side of David Petersen’s Mouse Guard comic. CORRECTION: The Free Comic Book Day Fraggle comic will have a different cover!

Fraggle Rock #1 will be in stores this April!

As previously announced, Katie Cook will be one of the writer/artists working on the comic, which will be an anthology of different talents creating Fraggle stories and puzzles.

Give the image above a click to see it in all its glory! And stay tuned to ToughPigs.com for future news regarding the Fraggle Rock comic book!

Click here to let the Fraggles play on the ToughPigs forum!

Return of the Con