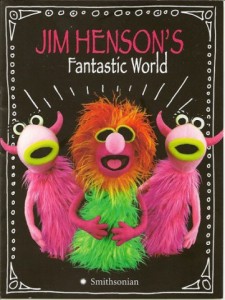 If you’re in the New York City area and haven’t been to the Museum of the Moving Image to see the Jim Henson’s Fantastic World exhibit yet, then I have two messages for you: For whyyyyyy??? and You are now officially running out of time.

The exhibit is only around until March 4th, so you still have about 7 weeks left, and the good people at the Museum of the Moving Image have sent us a list of Muppet-related events going on to entice you even further.  Below, you’ll see some Muppet Show and Muppet movie screenings, puppetry workshops, and events for the exhibit’s closing weekend.

Click here for more information about the events, including ticketing info.

February 11 & 12, 1pm: You Will Believe a Pig Can Fly: Lynda Carter / Christopher Reeve

March 2 at 7pm and March 3 at 1pm: The Muppet Movie sing-along with Heather Henson

Be sure to visit or re-visit the Museum before March 4, and hopefully we’ll see you there! 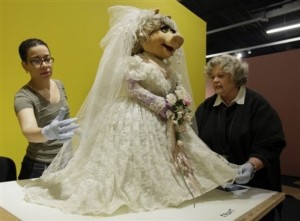 Click here to go out with a bang on the ToughPigs forum!

Elmo Gets Jazzy at Lincoln Center