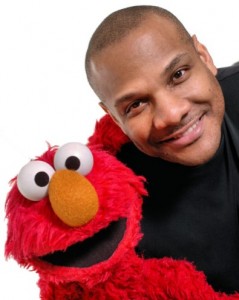 Somehow, someone took the story about Richard Hunt tossing a red monster puppet to Kevin Clash and turned it into a feature-length documentary. Why anyone would want to see that bullhockey is beyond me.

But really, how amazing is it that a documentary about Kevin Clash will be premiering at the Sundance Film Festival this January?? According to Entertainment Weekly, the documentary is calledBeing Elmo: A Puppeteer’s Journey, and it will chronicle the career of the guy who gets paid to sit under Elmo.

If you happen to be in Park City, Utah between January 20 and 30, be sure to check it out! And keep an eye on ToughPigs for more news about its (hopeful) expansion to other cities.

Click here to be an impartial observer on the ToughPigs forum!

Being Elmo on the Big Screen