Sometimes Muppet-related DVDs come out, and we take a good, long look at the covers, and we say, “Oh.  Is that… is that the real cover?”  And then we ask YOU, the clever, creative readers of Tough Pigs, to come up with something better, or funnier, or more preposterous.  It goes all the way back to Muppets Magic from The Ed Sullivan Show, and also includes A Muppets Christmas: Letters to Santa and a DVD re-release of Follow That Bird.

It’s time to do it again.  Perhaps you’ve heard the news that a 1978 Julie Andrews TV special called One Step Into Spring is coming to DVD next month, and perhaps you’ve heard that the Muppets are prominently featured guest stars in the special.  Shortly after the DVD was announced, our friends at the Muppet Mindset reported that the cover art had been released, and… well, how best to describe it?  The word “amateurish” springs to mind.  “Kinda confused” works as well: 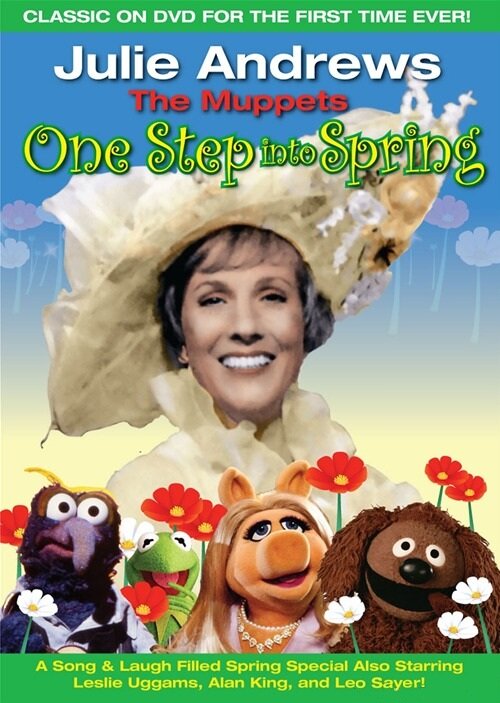 It’s just screaming out for a redesign, isn’t it?  It should be noted, however, that the producers are already one step (into spring???) ahead of us.  If you go to order the DVD on Amazon, you’ll now see this cover: 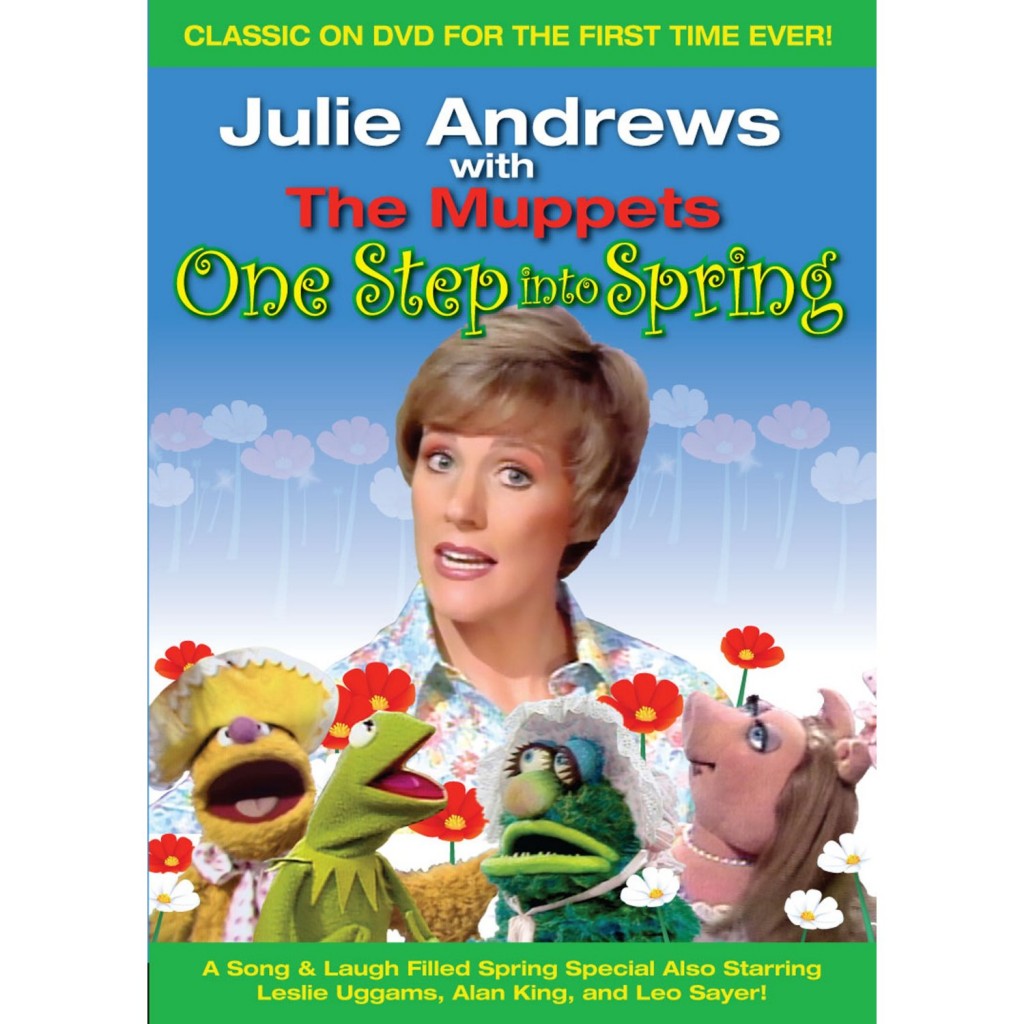 Better, right?  It’s a little cleaner, the Muppets pictures appear to be taken from the special rather than randomly pasted from Google image searches, and those obscure characters Gonzo and Rowlf have been replaced by the Muppet superstar Timmy Monster, wearing his trademark bonnet.

And yet, I still think the readers of Tough Pigs can do better.  So here’s what I want you to do: Design your own DVD cover for Julie Andrews: One Step Into Spring, and e-mail it to me at Ryan@ToughPigs.com.  It can be a legitimate redesign, or it can be silly, and a few weeks from now I’ll post the good ones here. Please note that Tough Pigs ain’t got no money, so you won’t win any prizes or anything if your cover makes it, but you will have the love and admiration of your fellow Muppet fans, which is worth approximately three trillion dollars US.

In case you need some inspiration, here’s what we know about the special:

And here’s one I came up with: 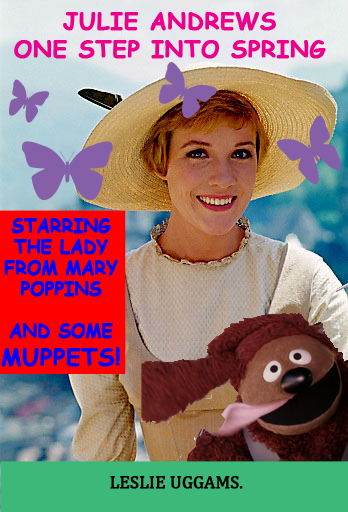 Yeah, I know, that’s terrible.  Which is all the more reason for you to make a better one and send it to me at Ryan@ToughPigs.com.

Click here to be surrounded by flowers on the Tough Pigs forum!