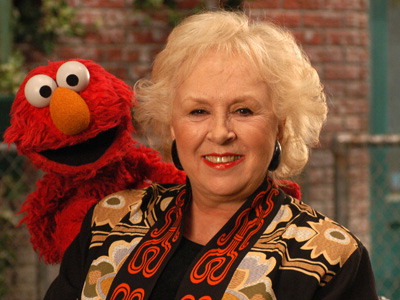 We’re saddened to learn that Doris Roberts, star of Everybody Loves Raymond, has passed away.  If you don’t recognize Roberts from …Raymond, you might remember her from Remington Steele, as Danny Tanner’s mother on Full House, and the gross-out comedy Grandma’s Boy.

As with most famous actors, there’s a Muppet connection to be had!  Doris Roberts made two Sesame Street appearances: One in which she shared about her favorite Sesame Street moments for the show’s 35th anniversary (Roberts is the first one in the video below).

She also made a brief appearance in the celebrity version of “Dance Myself to Sleep”.  (Roberts appears at the 1:22 mark.)

Thanks for joining in with the Sesame fun, Doris!

Click here to help us remember Doris Roberts on the ToughPigs forum!