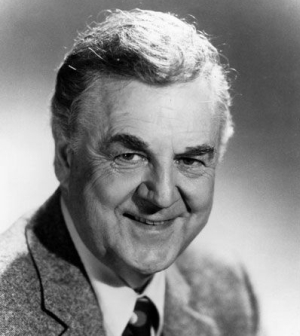 You have probably heard Don Pardo’s voice a thousand times without knowing who he is.  The radio and television announcer, best known as the announcer for Saturday Night Live, has passed away.

Of course, you don’t have a decades-long career like Pardo’s without crossing over with the Muppets a few times.  Most notably, we heard him say “Jim Henson’s Muppets” (as heard here) along with the rest of the SNL cast throughout the first season.  We also heard his intro of, “Come with us now from the bubbling tar pits to the sulfurous wasteland, from the rotting forest to the stagnant mud flats, to the Land of Gorch,” before each of the Land of Gorch sketches.  Back when not everyone knew Jim Henson or what a Muppet is, Don Pardo was there to help make both of them household names.

According to the Muppet Wiki, Pardo also narrated a series of Sesame Street PSAs in the mid-90s, and he provided the voiceover for this commercial for the “Kermit Unpigged” album, as seen on the VHS for Muppet Classic Theater:

Don Pardo, and his voice will be sorely missed.

Click here to help us remember Don Pardo on the ToughPigs forum!