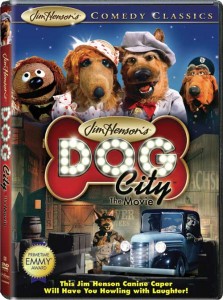 A while back, the Jim Henson Company announcedthe DVD release of Song of the Cloud Forest, a specialoriginally seen as part of The Jim Henson Hour. And that was exciting, because that’s a very pretty special. But now comes some news that I for one find even more exciting: According to TVShowsonDVD.com, the next DVD from the Henson vaults is the original Dog City, the delightful all-dog Muppet special from The Jim Henson Hour that later inspired the pretty okay animated series. For the purposes of the DVD, they’re calling it Dog City: The Movie.

Dog City is lots of fun, with its film noir world populated by Muppet dogs making every terrible canine pun imaginable, and a funny performance by Jim Henson as the villain, Bugsy Them. It’ll be great to see it in DVD quality, so we fans won’t have to rely on our old, third-generation tape-traded copies anymore. And hey, look at that cover — It looks like Rowlf’s role in the show is intact, despite the fact that he’s now owned by Disney! I’m sure there’s no chance we’ll also get the MuppeTelevision segments with Kermit and company, but there’s no need to howl about that.

Look for Dog City: The Movie at your corner DVD shop on June 8th! 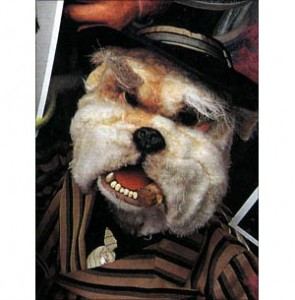 Click here to talk about Yu and Them on the Tough Pigs forum!

The Muppet Show Season 3: Good For Me, Good For America