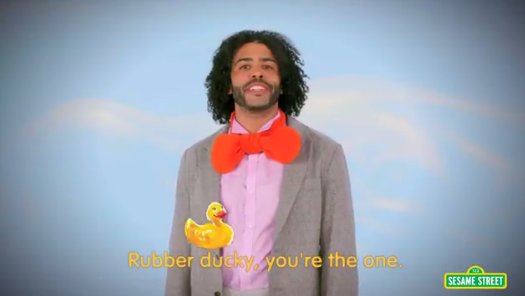 There’s a new Elmo’s World premiering in the new season of Sesame Street, and that means it’s time to stock up on noodles.  Sorry, not noodles: Mr. Noodles.

Among the Mr. Noodles to appear on the show are returning Noodle Bill Irwin, comedian Daniel Koren, and Hamilton star Daveed Diggs!  And considering the fact that Hamilton is currently the hottest show in the world, that’s a pretty big deal.

To kick off his role as Mr. Noodle’s Brother Mr. Noodle, Diggs recorded his own version of “Rubber Duckie”, which is not to be missed.  Watch it below!

Click here to vo vo vo-dee-oh over to the ToughPigs forum!

Billy on the (Sesame) Street