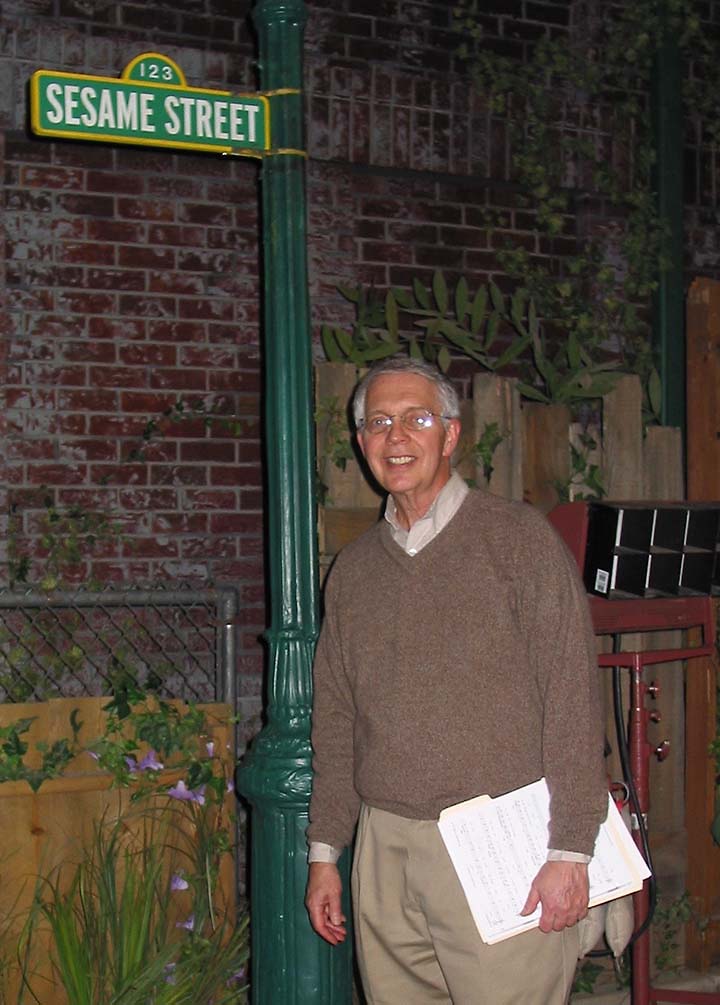 We are saddened to learn of the passing of Dave Conner, who composed several memorable songs for Sesame Street and The Electric Company.

Dave Conner began with the Children’s Television Workshop in 1972, and served as the Associate Music Director for Sesame Street from 1978 to 2007.

Among his Sesame songwriting credits are “The Bathtub of Seville“, “Old MacDonald Cantata“, and “Let’s Lay an Egg“.  He also wrote the intro theme music for recurring sketches like “The Adventures of Prairie Dawn“, “Camp Wannagohoma“, “Caveperson Days“, “Colambo“, and “The Leslie Mostly Show“.

He also conducted several concerts with Big Bird for major symphony orchestras all over the world, and he won six Emmy Awards with Sesame Street.

Click here to help us remember Dave Conner on the ToughPigs forum!