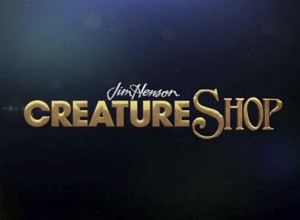 The Jim Henson Creature Shop – For generations the craftsmen at The Jim Henson Creature Shop have brought to life imaginative, lovable and memorable characters that have enthralled audiences around the world. Now, aspiring creature makers will have an opportunity to win the job of a lifetime – an apprenticeship with the Creature Shop. Teams of amateur creators will face off to build elaborate and awe-inspiring creatures, ranging from animatronic monsters and fantastical puppets, to life-like beasts and beyond! Creations are judged by Brian Henson – son of Jim Henson and Chairman to the Henson empire – along with top industry experts. Executive producers: Brian Henson (The Jim Henson Company) and Joseph Freed.

No official premiere date has been set yet, but it’s due to air in the 2013-2014 season, so we’re expecting it this fall.

Many thanks to Brad Freeman, Jr. for the head’s up! Click here to add googly eyes to the ToughPigs forum!