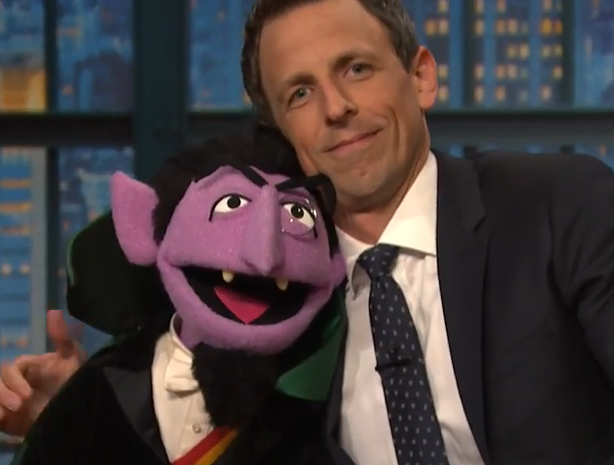 Just kidding, he was there to talk numbers.  And to count things.  And to make number jokes.

Watch the entire video right here!  And then watch it two times.  And then three!  Ah ah ah!

As a bonus, here’s another internet exclusive behind-the-scenes video starring Seth and The Count!