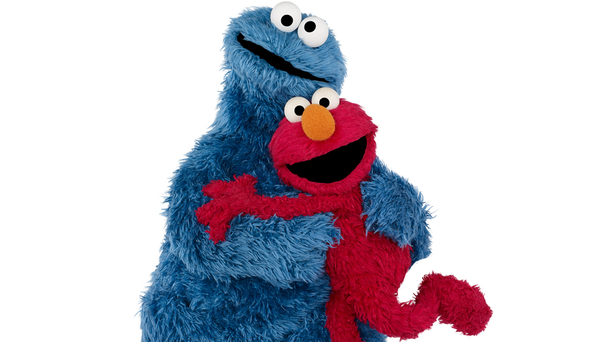 As if they’re not busy enough starring on the American television program Sesame Street, Cookie Monster and Elmo will soon be appearing on a new children’s show called The Furchester on CBeebies, the BBC’s children’s network.

To quote from the BBC’s press release:

Set to debut on CBeebies in autumn 2014, The Furchester is about a close-knit family of cheerfully incompetent monsters who own and operate an ‘almost’ world-class hotel. Starring Elmo and Cookie Monster, the show will be filmed at CBeebies’ new home in MediaCityUK in Salford.

The proprietors of The Furchester are Funella Furchester, the welcoming monster owner, her dear and beleaguered husband, Furgus Fuzz, and their daughter, the unflappable Phoebe Furchester-Fuzz. The family will bend over backwards and forwards and sideways (only occasionally tipping over) to be sure the needs of every guest are met.

Some helpful staffers include: Elmo, Phoebe’s cousin who is on an extended visit and fascinated by all the hotel has to offer—lift buttons to push, phones to be answered, and new friends to make; Cookie Monster, who has landed his dream job as room service and dining-room waiter; and Isabel, a furry creature with a bell on top—guests won’t get any attention until they ring her, but they have to catch her first! Animals, vegetables and minerals flock to this hub of hospitality.

So that sounds like fun, and I hope we get to see it in this country before too long.  Of course, this won’t be the first time Sesame Street monsters have worked at a hotel… The highlight of the show’s “Around the Corner” years was the Furry Arms hotel. On another note, Isabel sounds suspiciously like a Dinger, but maybe they can’t call her that because it means something obscene in British slang.

Click here to request a 7:00 AM wake-up monster on the Tough Pigs forum!