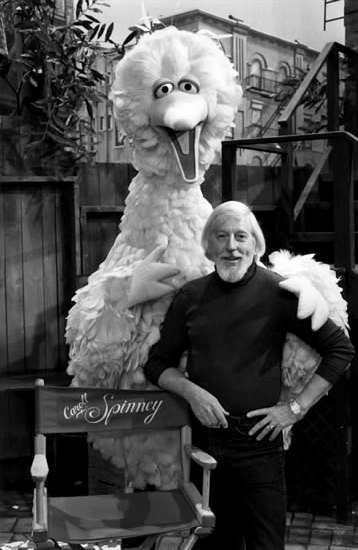 Last week, Caroll Spinney announced his retirement from Sesame Street. His work will be seen in the 50th season, which means he has accomplished the incredible feat of performing on the same TV series for five decades. Big Bird would have to use both hands to count that many decades!

It’s been so nice to see all the comments pouring in all over the internet from Sesame Street fans who have enjoyed Caroll’s work for their entire lives and now wish him well in his retirement. People love this guy! Which isn’t surprising, because Caroll Spinney is the best. And here are five reasons — one for each decade of his Sesame Street tenure — that I know Caroll Spinney is the best. 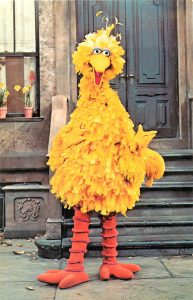 As we all know from our Sesame history lessons, Big Bird started out as kind of a bumbling dumb guy, before evolving into the six-year-old kid we know and love. Now, Big Bird doesn’t really act like any six-year-old I’ve ever met, and it seems like a bad idea to allow a six-year-old to live alone with no locks on his doors. But that doesn’t really matter, because he comes across 100% convincingly as a wide-eyed, curious, fun-loving child.

It’s Big Bird’s sunny personality that guaranteed that he would be the heart of the show, and so much of that is from Caroll’s performance. And the fact that Caroll has been able to continue playing a wide-eyed, curious, fun-loving child for half a century is pretty darn impressive. 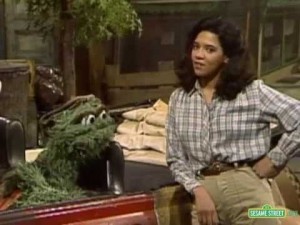 Now here’s a guy who’s in the running for funniest Sesame Street Muppet. What a crazy idea for a children’s show: A guy who’s cranky and mean to everyone all the time! But Caroll Spinney’s performance has always made Oscar appealing in spite of his grouchiness – and yes, sometimes, because of his grouchiness. I don’t think I’d want Oscar to be my neighbor, but it sure is fun watching him yell “SCRAM!” at his neighbors on the show.

Oscar is a hoot when he’s taunting Telly, or starting an argument among the grown-ups just to make everyone’s day worse, or “helping” Ernie in the most useless way possible, and as with Big Bird, Caroll’s performance adds a lot, making evident the glee Oscar takes in terrible things. All the news stories about Caroll’s retirement have led with the fact that he’s Big Bird, but he’s done some of his best work as Oscar. And now, please remain seated for the Grouch Anthem. 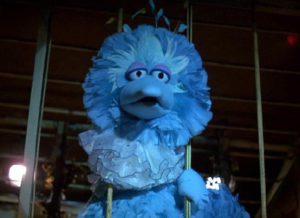 When adults who used to be children get to talking about Follow That Bird, they inevitably talk about the sequence that made the greatest impression on everyone in that film’s audience. It’s the part where Big Bird is captured by the Sleaze brothers, painted blue, and forced to perform in the circus. As children in the circus audience and the movie audience soak up the sadness, Big Bird sings “I’m So Blue,” and it is seriously depressing. You may even be crying right now just thinking about it. Here, have a Kleenex.

I don’t know when exactly I noticed this, but Caroll Spinney is a genuinely good actor. When Big Bird is happy, you’re happy with him, but happiness is a relatively easy emotion to play. It’s when Big Bird is called upon to be sad that Caroll really shines. It’s not just sadness — it feels authentically like the sadness of a kid who doesn’t understand why the world is doing these things to him. We saw it when Big Bird was repeatedly rejected for membership in the Good Birds Club, when a hurricane destroyed his nest, and of course, when he found out his friend Mr. Hooper had died. He really knows how to make you sympathize with that bird puppet… which is why it’s not shocking that he’s won four Emmys for his work on Sesame Street. 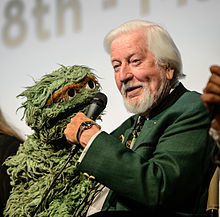 There’s that whole thing about “Never meet your heroes,” but Caroll Spinney is a compelling argument against that. When he meets his fans, he’s always gracious and generous with his time, and he might slip into a character voice at any moment.

In 2015, Caroll Spinney became the subject of a documentary, allowing millions of people (especially those who hadn’t read his book) to learn about the man inside the bird and below the grouch, and to appreciate his fascinating life. Before the official release, as I Am Big Bird screened at film festivals and art-house theaters all over the country, I noticed something. It seemed like Caroll was at every single screening! At the age of 80, he was travelling all over the country, ensuring that every time his fans showed up for him, he showed up for them. He did Q&As, posed for photos, and he delighted everyone when he pulled Oscar out of a duffel bag. Well, everyone except Oscar, who is not easily delighted anyway.

Over the last decade or so, Caroll has also ramped us his convention appearance schedule, posing for more photos, signing autographs, and selling his wonderful original artwork.  Any time he appears at a con, it’s followed by comments from fans about what a dream come true it was to meet him and tell him how much he and his characters mean to them. With his retirement on the horizon, he announced that this year’s round of conventions will be his last, but I’ve always assumed that if it were physically possible, Caroll Spinney would personally visit the home of any person who ever loved Big Bird and Oscar the Grouch, and greet them in Big Bird’s voice. And have Oscar tell them to have a rotten day. 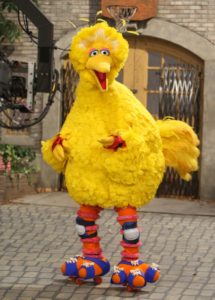 Yep. Caroll Spinney is the best.

Click here to tell me if I forgot any reasons Caroll Spinney is the best, on the Tough Pigs forum! 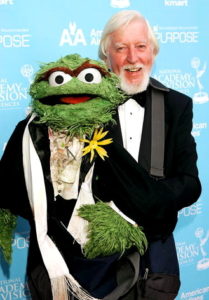