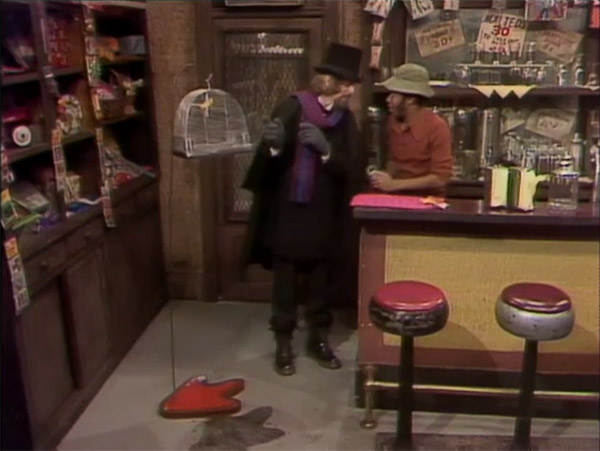 Over 50 years of Sesame Street, it’s always a little surprising that the Muppet performers haven’t appeared on screen more often.  We all know they’re talented actors, and they’re already on set, so why not pop on screen once in a while?

Caroll Spinney, as far as we know, only made a few brief appearances on Sesame Street as himself.  And most of those were much later in his career.  But there’s one really great one that we’re excited to share with you today.

Back in 1974, Caroll appeared in the following sketch, which he fondly recalled in a bonus feature in the documentary I Am Big Bird (which he understandable misremembered as being a magician).  A secret squirrel has provided the full video, and it’s certainly worth a watch.  We hope you enjoy!

Click here to get change on the ToughPigs forum!