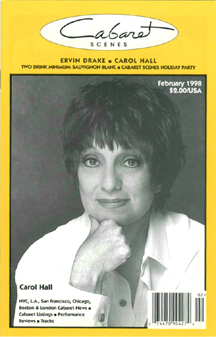 As reported by Playbill, composer Carol Hall has died at the age of 82. You may not know her name, but if you’re a longtime Sesame Street fan, you definitely know her songs. Hall made numerous important musical contributions to the show from the ’70s to the ’90s. Among other things, she wrote the heart-warming “True Blue Miracle” from Christmas Eve on Sesame Street:

With Sam Pottle, she co-wrote the rousing interactive “A Very Simple Dance”:

And with Pottle again, she co-wrote the female empowerment anthem “Women Can Be,” and according to Muppet Wiki, she also provided one of the singing voices:

Hall also had a ton of other impressive credits to her name. She wrote the songs for The Best Little Whorehouse in Texas, which is fairly far removed from Sesame Street, and she contributed to Marlo Thomas’s Free to Be… You and Me with the songs “It’s All Right to Cry,” “Parents Are People,” and “Glad to Have a Friend Like You,” all of which are great. Carol Hall had a great career, and she will be missed.