Editor’s Note: Lately, we’ve been noticing that our server has been slow, so last night, we upgraded it with a flux capacitor for download speeds of “up to 88 miles per hour.” Everything seemed to be working fine, but earlier today, this mysterious email showed up in our inbox. Some things seemed a little strange to us, but we’ve decided to show it to you unedited. Frankly, this sounds really heavy.

Greetings, Muppet fans! It’s time to put down your freshly-faxed copy of USA Today and hear about the news that really matters from your friends at ToughPigs.com®, a division of CusCo! We have got some great scoops for you today, so let’s get right to our big stories… 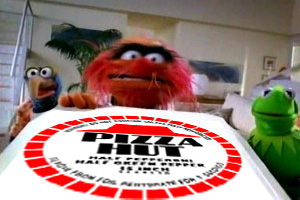 Rehydrated and it Feels So Good: Recent reports from @HutLovers claim that the Muppets and Pizza Hut are reuniting for next year’s Super Bowl commercial to show off their new Dehydrated 8-for-All Pizza. Kermit, Miss Piggy, Fozzie Bear, Gonzo, and Animal are set to return, along with Walter, Rowlf, and Lew Zealand (Dude loves his anchovies!) to show off the new pizza specially designed for 24-inch rehydrators. Personally, I’ll just take eight squares of pepperoni, thank you very much. 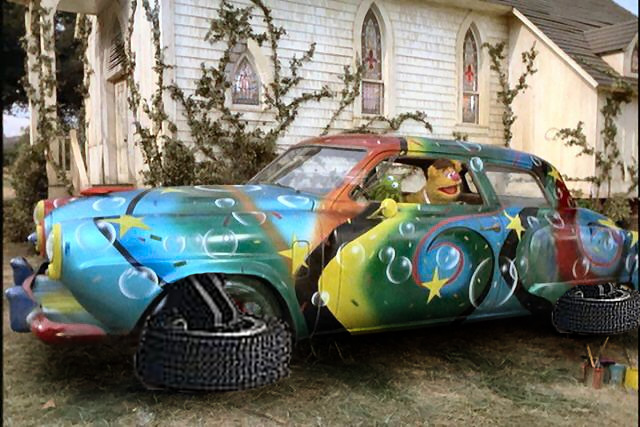 All I See is a Frog and a Bear in a Hovering Studebaker: To celebrate their reopening, Statler Pontiac in Hill Valley, California (no relation to Waldorf Pontiac in Germany) will be selling a limited line of hover-converted Studebakers, the first time the dealership has sold the car in sixty years. Furthermore, 88 lucky Muppet fans will be able to buy Studebakers painted to match the rainbow scheme from The Muppet Movie. There’s no word yet whether or not the dealership will be renamed Mad Cyborg Mooney’s for the occasion. 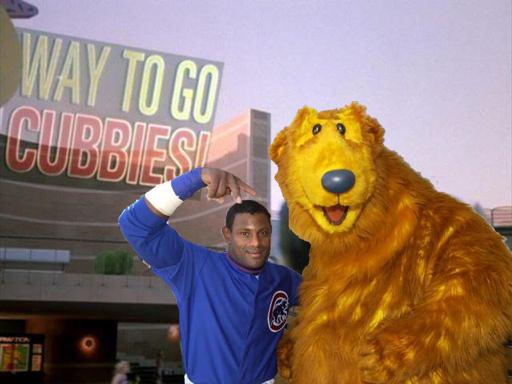 Bear in the Big Friendly Confines: The Chicago Cubs, hot off their wire-to-wire World Series win over the Miami Gators, have invited Bear to take part of their championship parade. Fans will remember that Bear threw out the first pitch before Game Four of the series, inspiring the Cubs to believe in themselves and lock down the series before winning it all in a five-game sweep. Tutter and Ojo are expected to join Bear on his float, but Treelo will sadly be unable to attend due to a family obligation. 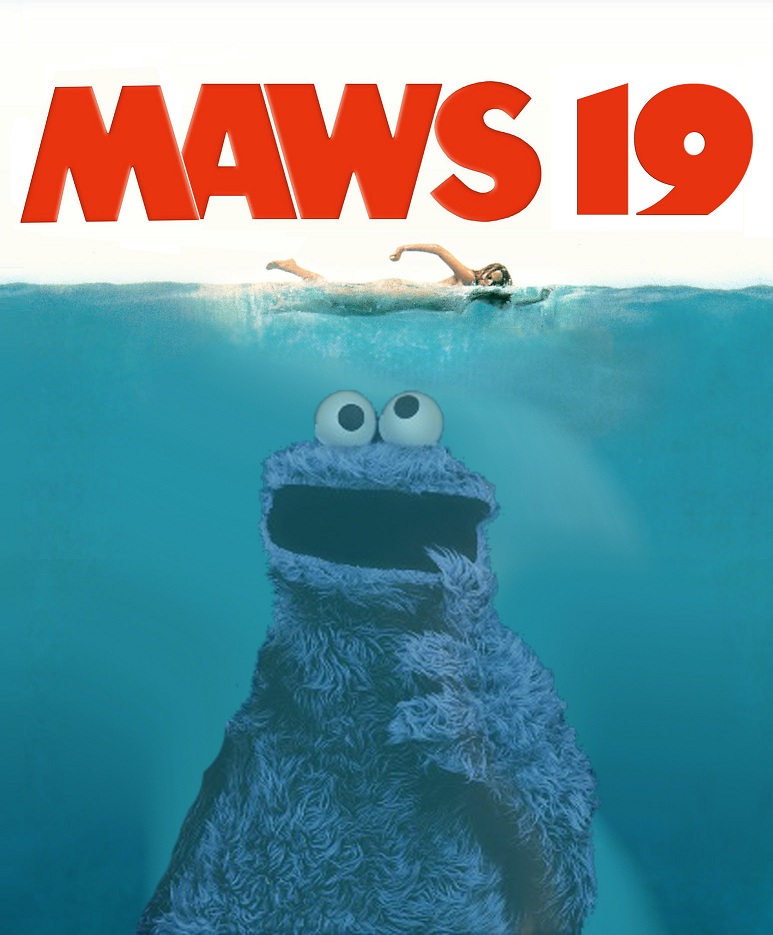 You’re Going to Need a Bigger Cookie Jar: In anticipation of Sesame Street’s 46th season, Sesame Work released a new Cookie’s Crumby Pictures segment online, and this time, it’s really, really educational. The hotly anticipated Jaws 19 has been turned into Maws 19, where Cookie Monster has to count nineteen cookies with Chief Grody before he can eat them (the cookies, not Grody). So if your young one has trouble keeping focused, or if you like Richard Dreyfuss cameos, this is not one to miss, though I’m waiting for Sesame to parody Attack of the Killer Fish in 3D. 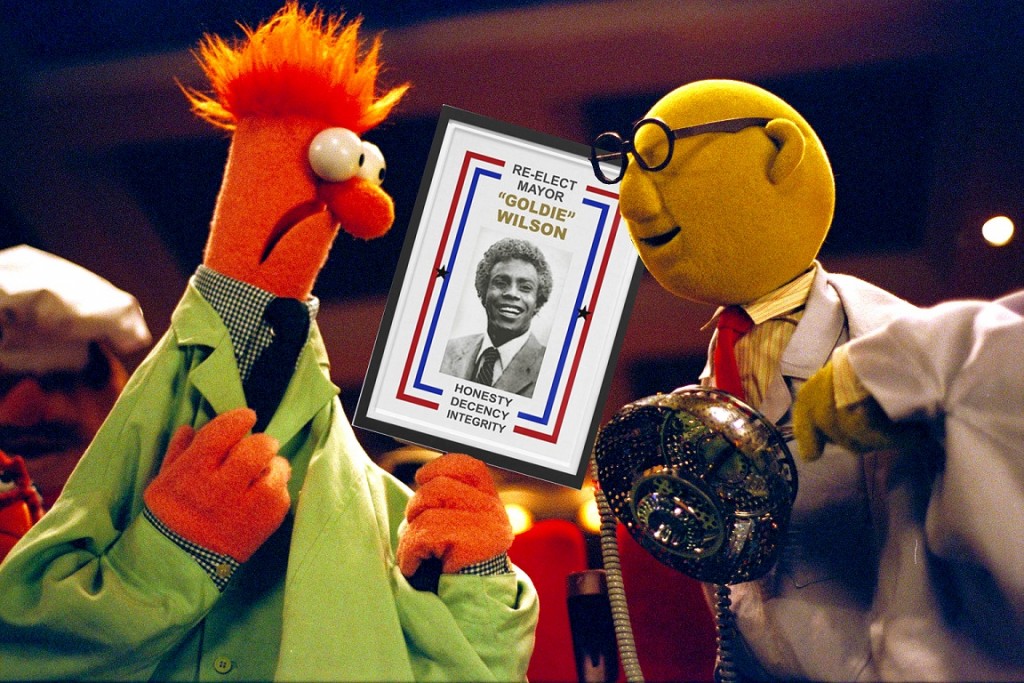 The Muppets Score a Mayor…er, Major Cameo: Speaking of Hill Valley, the town’s mayor, Goldie Wilson, Jr. will have a cameo appearance on an upcoming episode of their new primetime series, “The Muppet Tour.” This week, the gang puts up stakes in the picturesque California town, where Wilson asks them to help repair the long-neglected clock tower, leading to a hilarious sequence involving Bunsen, Beaker, and an electric two-headed screwdriver. Hopefully, Wilson’s at least as funny as Ed Koch. 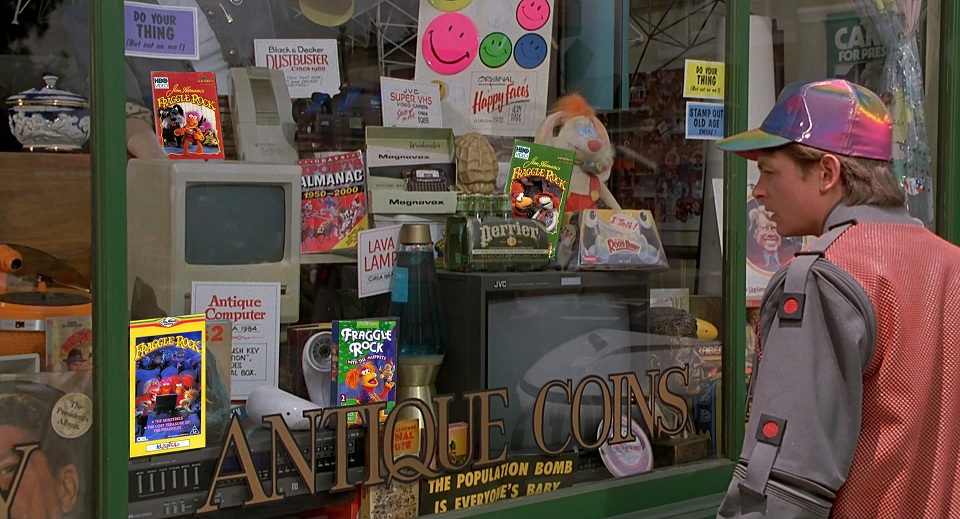 Rare Fraggle Find at Blast from the Past: Proving that Hill Valley has become the Muppet capital of America, the famed 60’s, 70’s and 80’s antique store Blast from the Past has acquired a rare Fraggle Rock artifact called a “VHS.” Apparently, decades ago, a VHS acted much like a holographic immersion system, only it wasn’t interactive aside from choosing when to play, pause, or even fast forward the story. This “VHS” contains one of the last surviving episodes of the show following the Great Accidental Wipe of 1996. So if you want to see Gobo, Red, Wembler, Bobby, and Shaniqua, head to Blast from the Past. But be prepared: word is the “VHS” has to have a specific player to be viewed called a “VCR” (which was primarily used to let people know when it was 12:00), and the “VHS” is being sold for 1,983.87$. 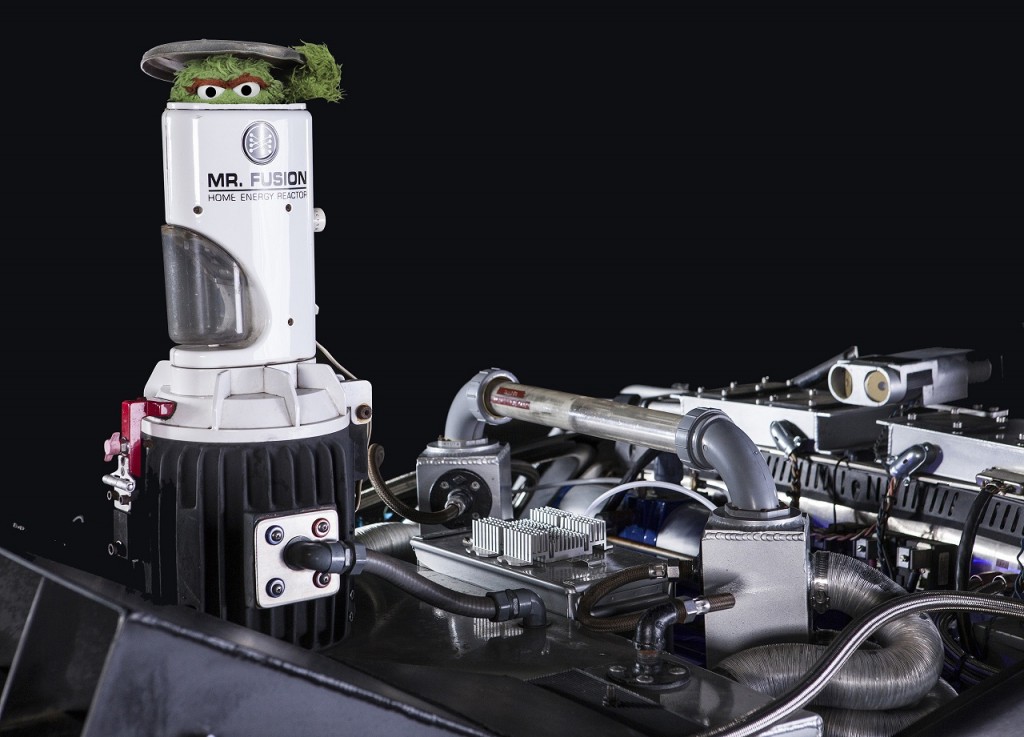 A Trashy Endorsement: Oscar the Grouch will be appearing in upcoming commercials for Fusion Industries’ new Mr. Fusion Home Energy Reactor. According to our sources, the commercial will consist of Oscar making his way to the dump to collect new trash, only to find that it’s already picked clean. Oscar shouts “No!!!” to the sky, followed by the tagline, “Now everybody loves trash,” referencing Fusion Industries’ revolutionary way of converting garbage into energy. Oscar has appeared in multiple campaigns for waste reduction, but this is expected to be his first foray into waste conversion. 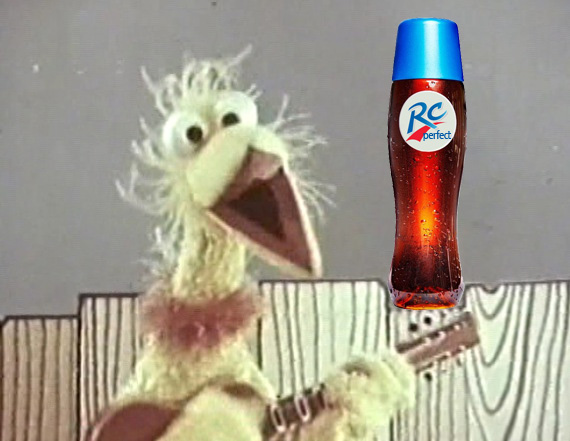 The Nuttiest Comeback: After years of wishing and hoping, Muppet fans have finally gotten their wish: Royal Crown Cola has brought back Nutty Bird and Sour Bird for the first time in nearly half a century to promote the release of their new soda, RC Perfect. Nutty and Sour will be back singing the virtues of RC Perfect in an all-out ad campaign featuring TV commercials, holographic street projections, hoverbus ads, and a worldwide mall tour. But perhaps the most exciting news of all is that by using the latest computer-generated voice technology, Nutty and Sour will be voiced once again by the late Jim Henson in a way that is state-of-the-art and not at all creepy. Also, there will also be a mail-in offer to receive holographic busts of Nutty and Sour, so start saving your bottle-lids!

2015 is looking like a busy year for Muppet fans, but we hope you can make time to come see The Muppet Vault: The Jim Henson Hour…All at Once! We’ll be showing all twelve episodes of the 1989 series at the same time on a gigantic 6-foot video screen, and of course, there’ll be drink specials and trivia prizes, too! It’ll be held at the Cafe 80’s in Hill Valley (easily accessible by hypertrain), down the stairs in the Ollie North Room. Tickets are only 199$, and can be bought at the door as well as at all North American 7-Eleven stores. We hope to see you in the future! 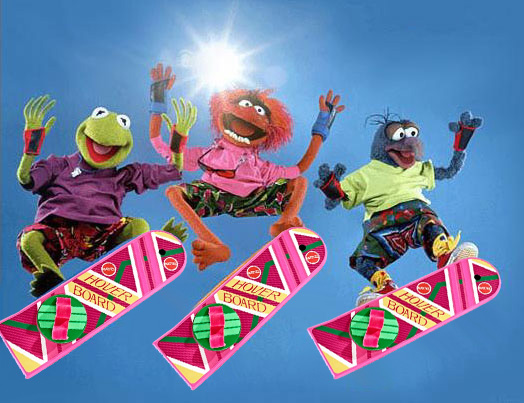 Click here to hover your cares away on the ToughPigs forum!