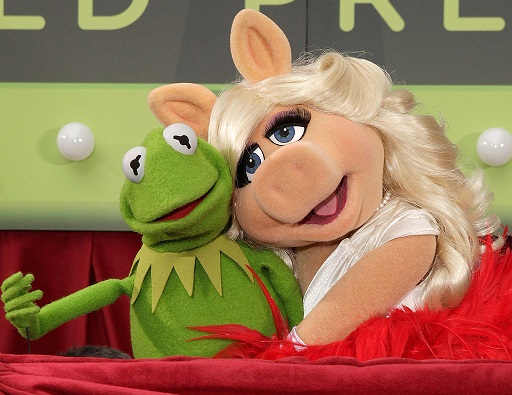 Huge news today from the world’s most famous celebrity pair. Kermit the Frog has tweeted this announcement:

Here is the official statement from @RealMissPiggy and myself regarding our relationship: pic.twitter.com/uHCSsokqWR

There are going to be a lot of different reactions to this, but while it’s sad for the couple in question, I think it’s brilliant.

The announcement is great publicity for the new TV show, which by all reports will begin with Kermit and Piggy as ex-lovers trying to make the best of things as they work together.  I imagine a lot of people are going to say things like “NOOOOO HOW CAN THEY DO THIS KERMIT AND PIGGY ARE SUPPOSE TO BE TOGETHER YOU RUINED MY CHILDHOOD WAH WAH WAH.” But as anyone who’s not stupid will understand, there’s no way they’re going to keep the frog and the pig apart forever.  It’s an interesting direction for the characters as well as enticement for potential viewers.

Will Kermit and Piggy get back together in the first episode of The Muppets?  In the last episode of the first season?  Will the season end on a cliff-hanger with Piggy asking Kermit on a date?  You’ll just have to tune in every week to find out!

The whole thing is reminiscent of an aborted publicity campaign from over 20 years ago, dubbed “The Pig of the Nineties.”  You can read all about it right here on Muppet Wiki, and you should, right now. That time around, they got as far as planting an item on Kermit & Piggy’s breakup in People magazine, but Jim Henson’s untimely death caused the campaign to be abandoned.  I wouldn’t be surprised at all to learn that The Muppets producer Bill Prady was involved in that earlier Kermit/Piggy split, but 2015 is really a better time for it than 1990.  People on the internet love this kind of stuff, and as I’ve been typing this, Kermit’s tweet has already gotten thousands of retweets and comments.

Now all Disney has to do is keep reminding people the Muppets exist until September 22nd.

TV Guide Still Exists, Has Muppets on the Cover