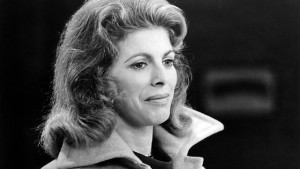 British actress Billie Whitelaw, best known to us as the voice of The Dark Crystal‘s Aughra, has passed away at the age of 82.

Whitelaw was a close collaborator with playwright Samuel Beckett for over 25 years, and she was well-known for her portrayal as the demonic nanny in The Omen.  She was an active working actress from 1953-2002, briefly coming out of retirement in 2007 to appear in the hit comedy Hot Fuzz.

As you may know, the puppetry of Aughra was performed by the great Frank Oz, but Billie Whitelaw provided her distinctive voice.  It’s difficult to think of anyone but Whitelaw as the iconic “Keeper of the Secrets” of Thra.

The Dark Crystal wasn’t Whitelaw’s only Henson-related credit.  She also appeared as “Auntie Ambrosia” in the 1998 miniseries Merlin, which had special visual effects provided by The Jim Henson Creature Shop.

And now we leave you with this video, featuring Billie Whitelaw’s unforgettable performance as Aughra.

Click here to help us remember Billie Whitelaw on the ToughPigs forum!