Big Mean Carl and His Bird: The Rest of the Story 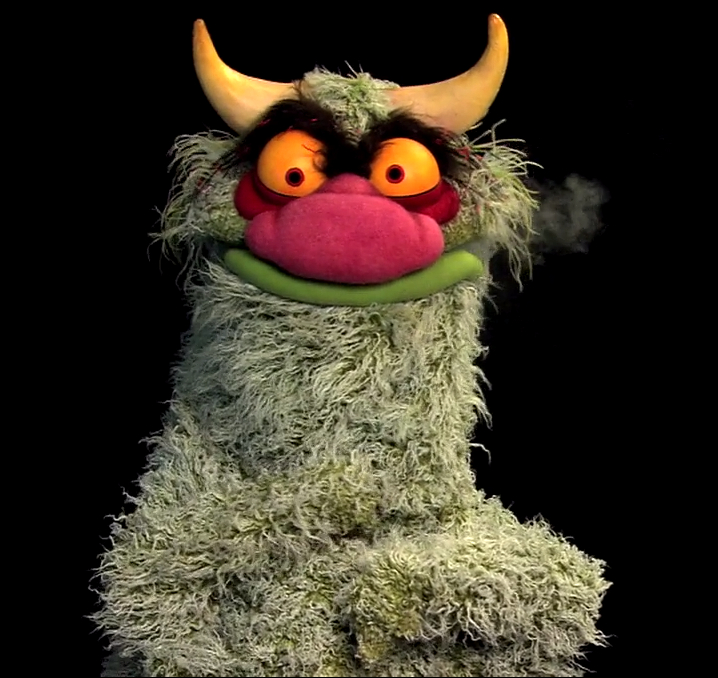 Let me start with this: I love Big Mean Carl.  When I think about the “breakout” characters who debuted on Muppets Tonight, I don’t necessarily think of him right away — I might go to Pepe, and Bobo, and maybe Johnny Fiama and Sal, but Carl doesn’t spring to mind quite as readily.  And yet, he was one of the funniest new Muppets on the show, and one who seems like he could just as easily have come from a Muppet production from decades earlier:  He’s a big, shaggy monster.  He does strange variety acts.  And he loves eating things.  You can’t get more Muppety than that!  It’s been delightful to see him continue to pop up in various Muppet appearances since the 90s.

Is the punchline predictable? Absolutely, especially if you’ve ever seen a Carl bit before.  But it makes me laugh every time.  You know what else makes me laugh?  The fact that the unsuspecting bird’s name is Alphonso D’Abruzzo. It’s an absurdly deliberate name for such small, incidental character.

The writers could have called him “Bob the Bird” or “Pete the Parrot.”  They could have even gotten away with not naming him at all — it would work perfectly well if Carl just said, “I’m Carl.  Have we ever met?”  But no, they called him Alphonso D’Abruzzo, and I’ve always loved them for that.  I didn’t give much thought to the origins of the name.  Muppet performer Stephanie D’Abruzzo had been working on Sesame Street and other projects for a few years by that point, so it didn’t seem outside the realm of possibility that her surname provided some inspiration. 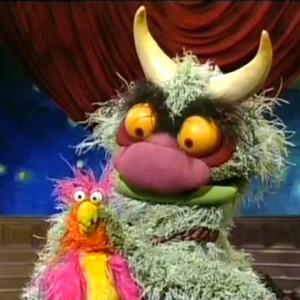 Recently I’ve been watching MASH on Netflix, a highly entertaining show with a hugely talented cast (including Muppet Show guest star Loretta Swit!). Of course, because I’m a geek, I can’t just watch the show and be done with it. I have to read and absorb as much information about it as I can. I have a feeling the readers of this Muppet fan website will know what I’m talking about. While reading up on MASH, I came across an article somewhere about series star Alan Alda. Imagine my astonishment when this article revealed that Alan Alda’s birth name was… you guessed it… Big Mean Carl!

Wait, no.  It was Alphonso D’Abruzzo! How about that! The name that cracked me up because it was so unlikely is the actual name of a respected actor. All those childhood hours spent listening to him singing “William Wants a Doll” on Marlo Thomas’s Free to Be… You and Me record, and I had no idea!

Could it be an incredible coincidence? To paraphrase Alphonso himself (may he rest in peace in Carl’s stomach), I found that hard to swallow. It seemed impossible that the Muppets Tonight writers would just happen to come up with that name. 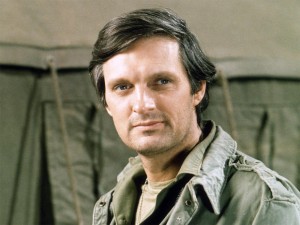 So I asked one of those aforementioned Muppets Tonight writers, Kirk Thatcher — also notable as a Jim Henson’s Creature Shop Challenge judge and Snuffy Awards presenter — if he recalled the character. He did, and he confirmed my suspicion that the bird in question was, in fact, named after the guy who played Hawkeye Pierce.

So there you have it! A genuine Fact You Probably Never Knew About a Muppet Thing! Please share this with everyone you know. Now one mystery remains: Why didn’t Alan Alda ever guest star on The Muppet Show?

Special thanks to Kirk Thatcher for answering this very important question! Click here to be big and/or mean on the Tough Pigs forum! 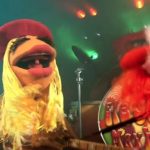