Being Elmo: Coming to a PBS Station Near You 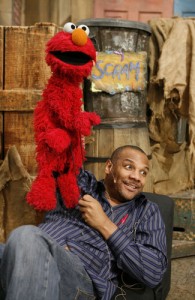 You know that great Kevin Clash documentary everyone’s been talking about lately? And you know how you were worried that it might not come to your town?? Well worry no further! As long as you’re near a PBS station, you’re just months away from seeing Being Elmo!

According to Kevin Dando, PBS’s Director of Digital Marketing and Communications, Being Elmo is set to air on PBS’s “Independent Lens” program next April. Sure, April’s a ways away, but this documentary is worth waiting for.

Of course, you’re still encouraged to seek out this documentary in the movie theaters if it does come to your town. And we’ll give you all an update on where it will be screening, as well as the exact date of its television debut, as soon as we can.

Elmo Does the Talk Show Rounds

The Next Sesame Street Movie Has a Director