Fraggle Rock: Back to the Rock Renewed for Season 2!

We have been waiting patiently for any announcements surrounding the future of the terrific Fraggle Rock reboot/sequel Fraggle Rock: Back to the Rock. It’s no secret that we adored the show (heck, we loved it so much, we produced a whole podcast series about it!), which expertly captured the magic of the original while feeling fresh and updated for modern times.

We simply couldn’t wait any longer for an update on the potential for a season 2. We put our Doozers to work, explored Outer Space, and consulted with garbage-themed oracles, and we simply came up empty. But just as we were ready to give up, the folks at The Jim Henson Company and Apple have announced: Fraggle Rock: Back to the Rock has been renewed!

According to Deadline, the second season (currently in active production) will feature celebrity guest stars as Ariana DeBose (West Side Story, Schmigadoon), Catherine O’Hara (Home Alone, Schitt’s Creek), and celebrity Muppet fanatic Brett Goldstein (Ted Lasso). Daveed Diggs will also be returning as Jamdolin the Troubador. The second season will feature more big changes to the Rock, affecting the Fraggles, Doozers, and Gorgs, forcing them to “confront their past and celebrate their interdependence”.

As always, stay tuned for more news about all things Fraggle here on ToughPigs, including our inevitable reviews and coverage. And don’t forget to watch the first season of Back to the Rock on Apple TV+!

Click here to get a new oracle on the ToughPigs forum! 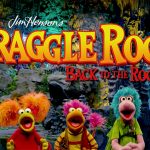 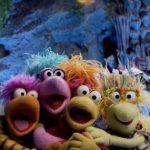 WATCH: Behind the Scenes of Fraggle Rock: Back to the Rock 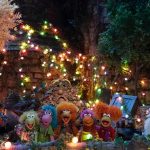