In case you missed it, there’s a new parody trailer for The Muppets that’s getting passed around the internet, in the proud tradition of “Green with Envy,” “The Fuzzy Pack,” and “Being Green.”  Like those trailers, it’s a parody of another film’s trailer, in this case The Girl with the Dragon Tattoo, the upcoming thriller based on the Swedish crime novel about people drinking coffee and eating sandwiches. The Muppet trailer is called “The Pig With The Froggy Tattoo,” and like the others, it’s full of reasons to get excited. Take a look:

I was trying to count how many shots were in that thing, but I lost track after 100.  This trailer is jam-packed, so we’d best get to doing what we do: Scrutinizing every last detail.  But first, we need to talk about this image that’s accompanied the trailer on various entertainment websites, because holy crap: 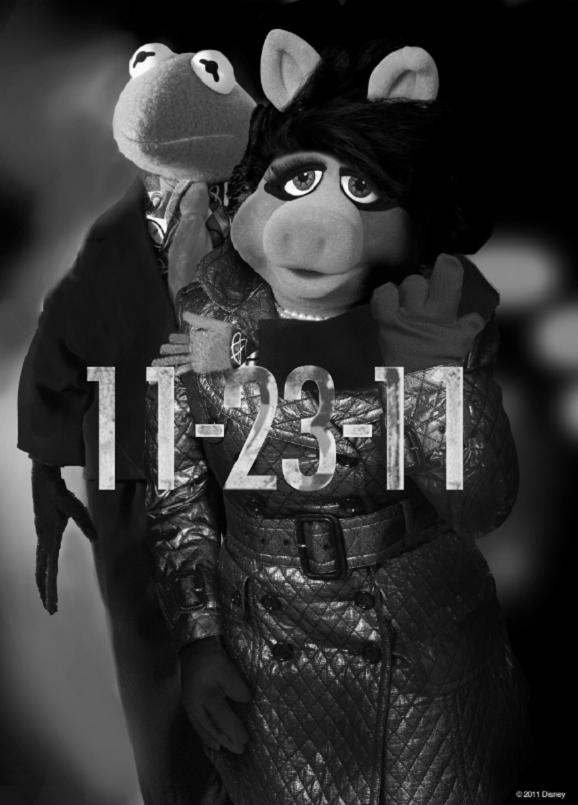 This is a spoof of the teaser poster for the Dragon Tattoo movie that was released on the internet some months ago, to much controversy, on account of it had a pierced nipple on it, which belonged to the eponymous girl. I won’t post it here, in case any of you are reading this site with your mom, but you can read about it here.  Piggy is much more covered-up here than Rooney Mara was on the Dragon Tattoo poster, but still, the fact that they even created this image proves once again that Disney wants to make sure grown-ups know this movie won’t just be for li’l kids. 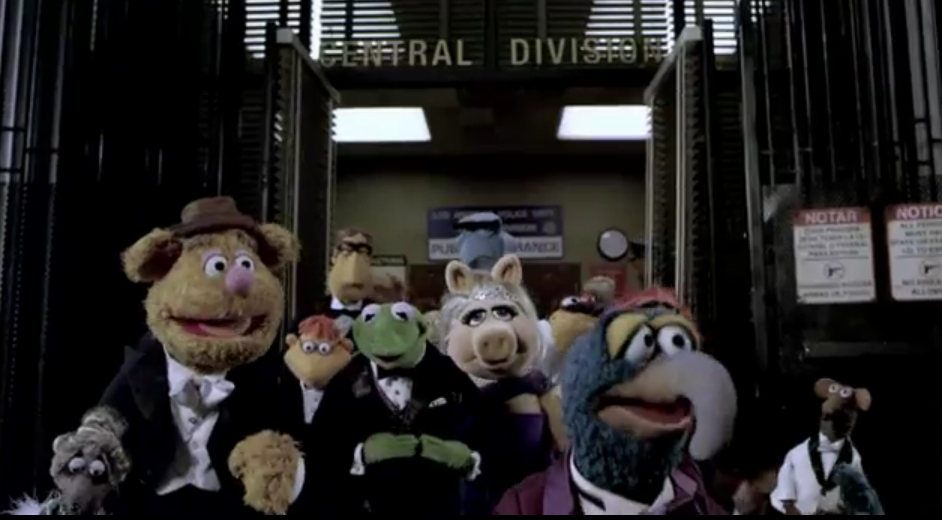 In an earlier trailer, we saw the Muppets in a jail cell, so this would appear to be the scene where they bust out of the joint.  Any guesses on how they get out?  Hey, it just occurred to me that this will be the second Muppet film to depict Miss Piggy behind bars!  That pig’s got a record! 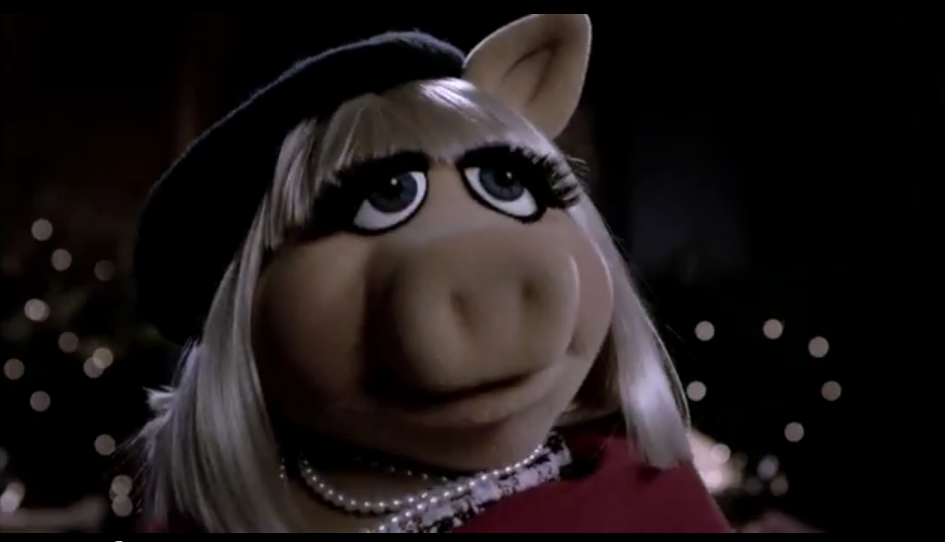 Piggy’s beret is very stylish.  How do you think Amy Adams and Rashida Jones feel about Piggy being the best-dressed woman in the film?  I guess they can always commiserate with Diana Rigg. 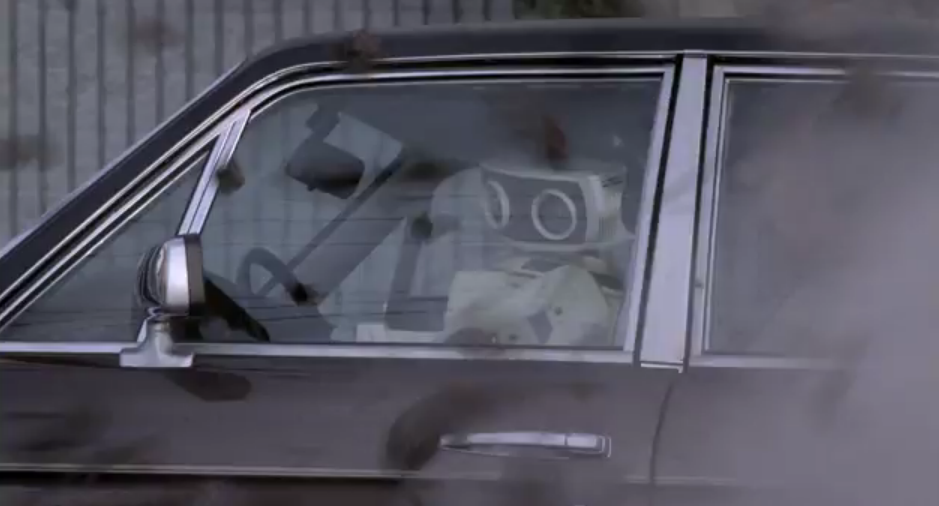 Here’s 80s Robot, the new character that I already want a toy likeness of.  This moment appears to be right after an explosion… probably the same one Kermit, Jason Segel, Walter and the gang can be seen running away from in other trailers.  I’ve seen a lot of folks on the internet commenting on how much 80s Robot looks like ROB the Nintendo robot or Wall-E… How long before a fan artist creates a picture of the three of them together? 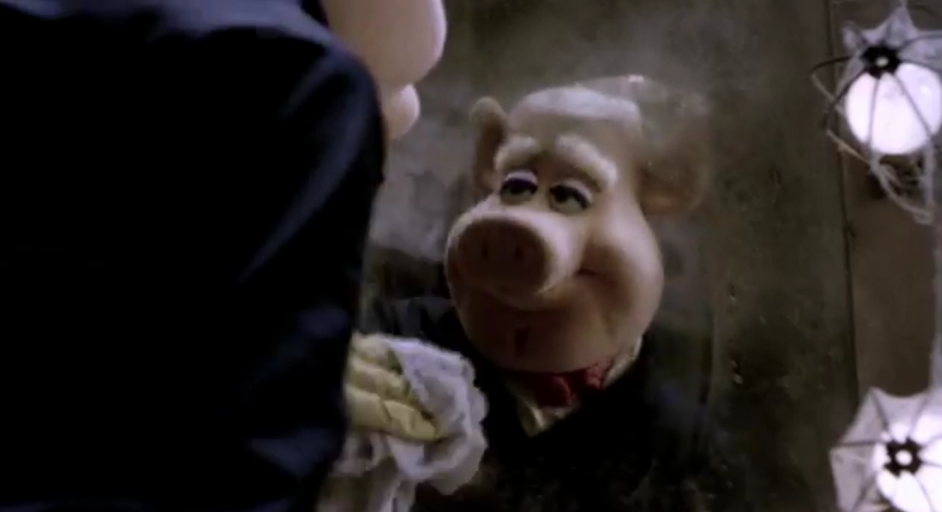 This appears to be Link joining in the cleanup effort at the Muppet Theater.  I’m sure he’s thrilled that cleaning off a mirror allows him to get a clear view of his own handsome face. 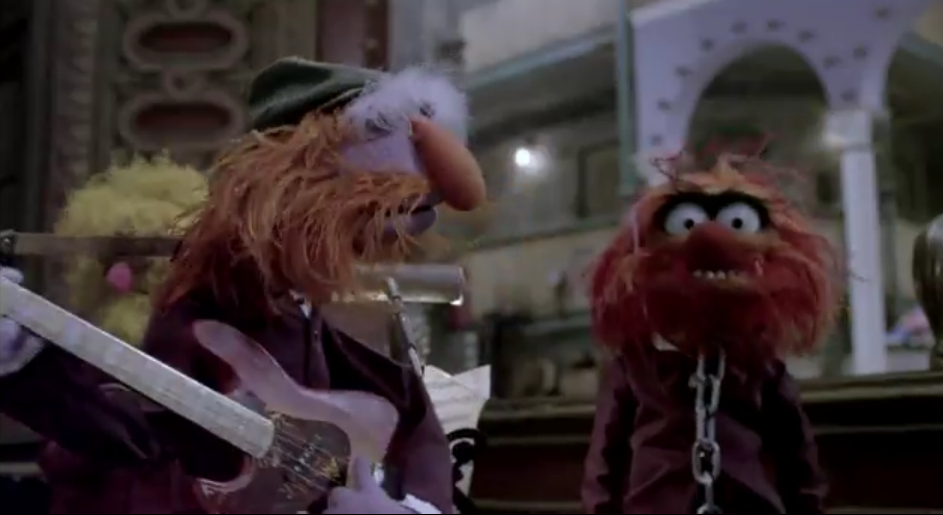 I can’t wait to see the band back in action.  Including Lips, who’s looking a bit shaggy here.  It’s probably hard to trim your beard when your hands are glued to a trumpet. 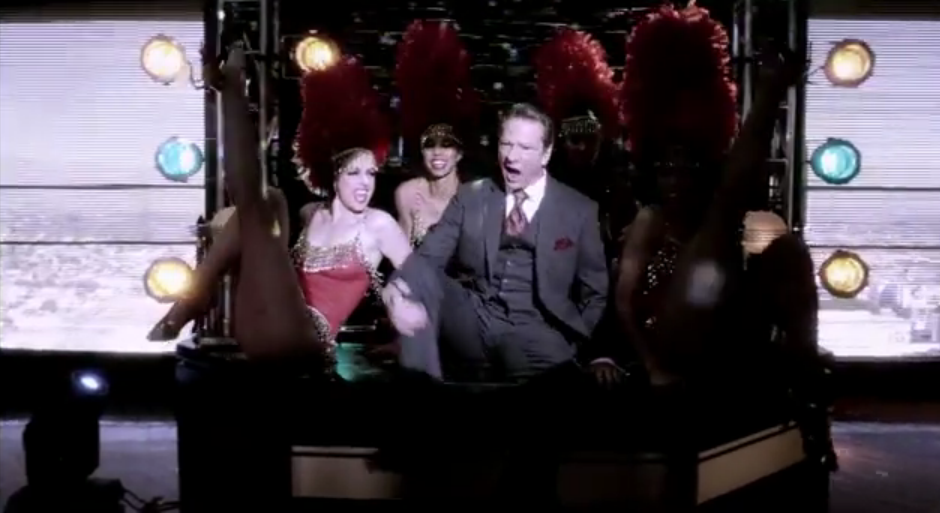 Chris Cooper’s character Tex Richman has a musical number.  It looks pretty fab.  Some fans have grumbled at the prospect of a musical number in a Muppet movie performed by a human rather than a Muppet, but hey, it could be a show-stopper. 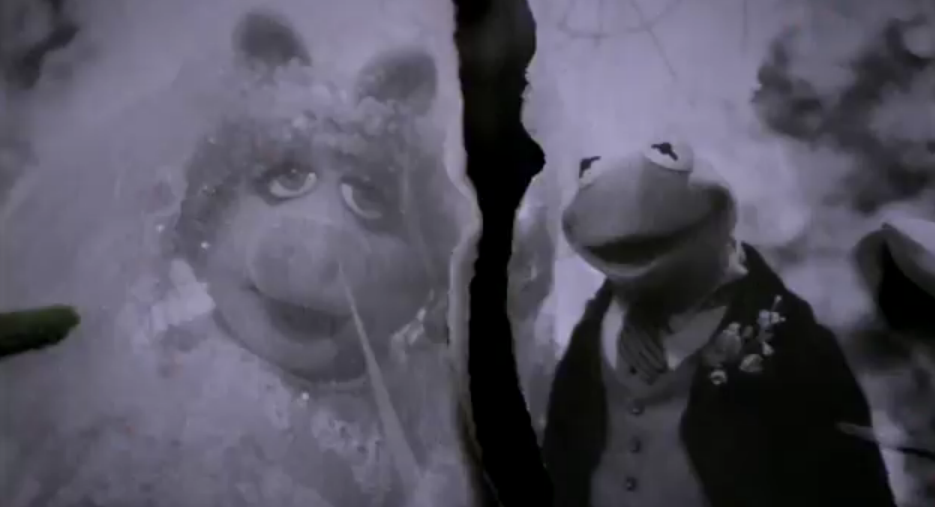 Keen-eyed Muppet fans have observed that in this shot of a ripped-up photo of Kermit and Piggy in their Muppets Take Manhattan wedding wear, Kermit is holding the half depicting Piggy and Piggy is holding the half depicting Kermit.  I’m going to speculate that each of them has been carrying around half the photo for all the years since the Muppets “split up” in this movie’s history.  But I’m wondering whether the film will acknowledge that the photo represents a scene in a movie Kermit and Piggy acted in, or whether they’ll go a different route and maybe say that Kermit and Piggy almost got married in “real life,” but the wedding didn’t go through for some reason. 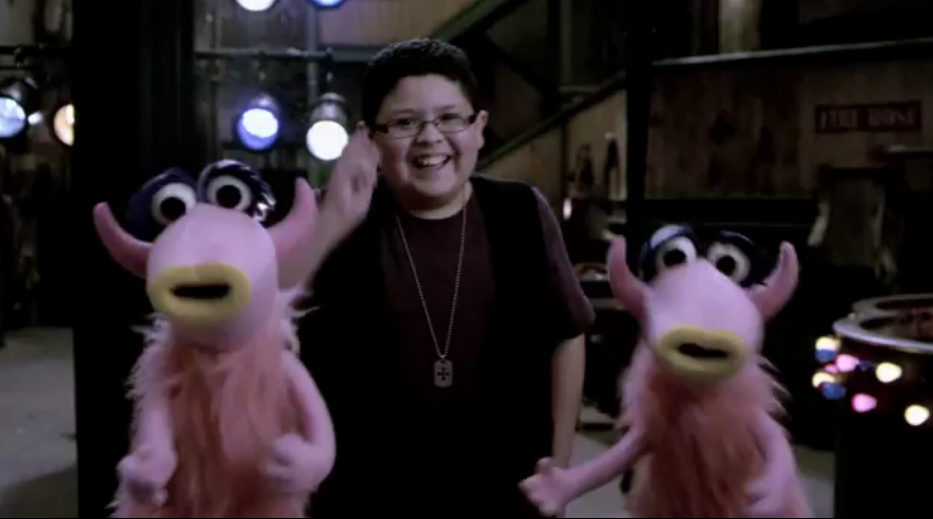 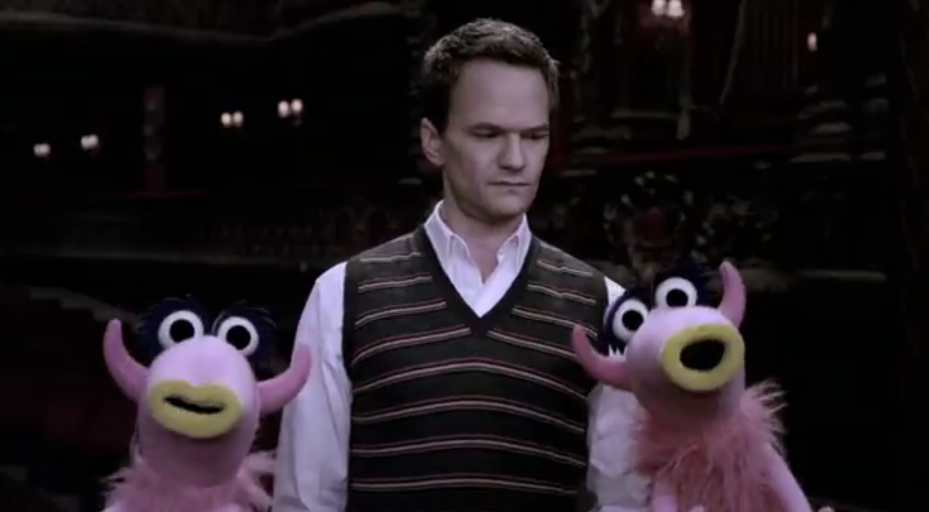 In interviews, Jason Segel has mentioned an end-credits sing-along of “Mahna Mahna” featuring a busload of celebrities.  Here are two of those, Rico Rodriguez from Modern Family and Neil Patrick Harris from the Shoe Fairy episode of Sesame Street. 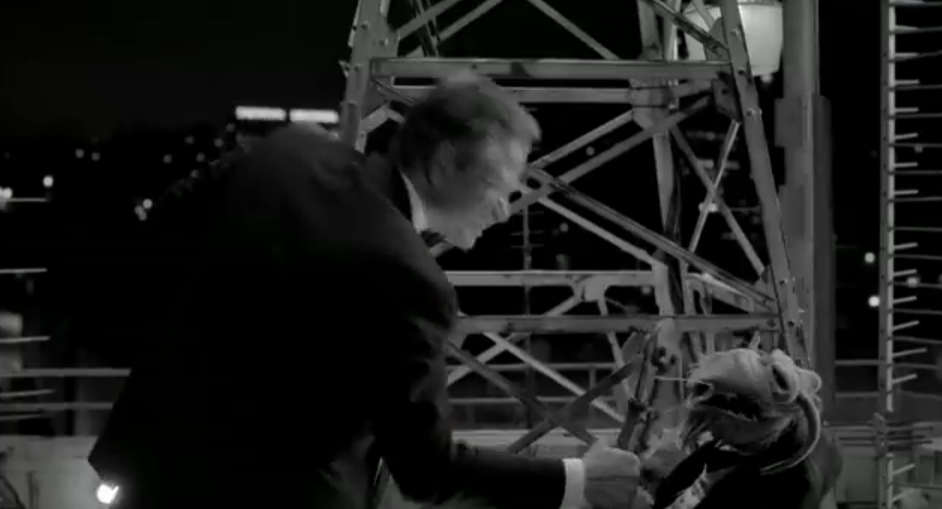 Uh-oh, Richman and Uncle Deadly are up to no good!  I’m guessing they’re about to cut the cables to the transmitter to take the Muppet Telethon off the air.  But if nobody can see the telethon, how can the Muppets raise enough money to save the theater?  What are they going to do?!

We’ll have to wait until November to find out.  Will we get any more parody trailers between now and then?  Well, that would be cool, although at this point I have to wonder how many surprises will actually be left by the time we see the film.  I hope they save at least one celebrity cameo or obscure character appearance for the movie.  Ooh, or both at the same time.  How about a scene with Al Pacino and Bean Bunny? 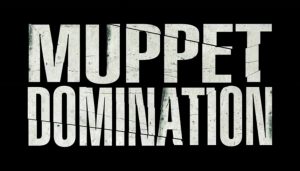 Click here to be the girl with the LaChoy Dragon tattoo on the Tough Pigs forum!