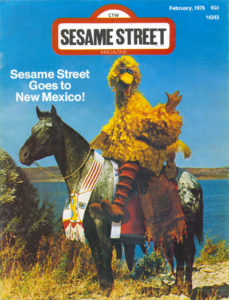 Last week, we lamented the lack of available season 6 episodes. Happily, season 7 fares better. A helpful YouTube account called “Cornelius Esperanza” posted six consecutive episodes (#0810-0815) for us to watch whenever we want to. Thanks, Cornelius!

Excitingly, these aren’t average, run-of-the-mill episodes. This is the show’s first-ever trip away from Sesame Street. Luis, Maria, Bob, Gordon, Big Bird, and Oscar head to New Mexico to visit Luis’s family. After the first episode, the show has an altered theme song, where the road trippers cheerfully sing “Sunny day, coming to Sante Fe!” We’re in for something special, and the show is announcing it right up front. 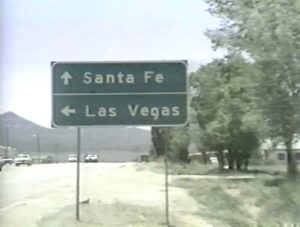 Since most of the “street scenes” were actually shot outdoors on location in New Mexico, we get to see a lot of things we don’t normally see on Sesame Street. Luis’s cousin Roberta teaches Gordon how to bake bread in an adobe oven outside. Big Bird learns how to ride a horse. Oscar temporarily moves into a compost heap. It’s a cornucopia of things the show had never attempted before, and it’s a blast.

Best of all, this arc really gives the Sesame Street humans a chance to shine. Back in the 70s, the adult characters felt very much like real people. They had casual conversations, they talked about their jobs, and they had realistic relationships. One of the highlights of the first episode is a scene where Gordon and Susan discuss whether or not Gordon should go on the trip. Their chemistry is so sweet and natural, and it feels like an actual conversation a married couple would have. 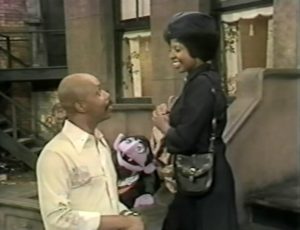 In the same scene as this subtle domestic drama, the Count frantically encourages Gordon to go to New Mexico because he’s counting people who are going to New Mexico. Even that feels spontaneous, because Susan’s laughter at it is so genuine. Sesame Street was a real place back then.

That feeling only increases once they get to New Mexico, because they’re outside in a real-world setting (and not on the studio-bound street set). Over and over, we see the adults behave like just that – adults. For example, one episode opens with them coming outside and talking about how quiet it is. They don’t address the camera. There’s no clear, highlighted teaching moments. They just talk among themselves. 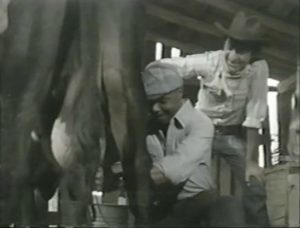 That low-key tone continues throughout the arc. When Bob and Gordon don’t understand the words “mesa” and “arroyo” in Luis’s directions, they ask a bilingual kid for help. When Luis teaches Gordon how to milk a cow, Gordon notes that he never saw a cow until “we got a television” and Luis teasingly calls him a city dude. Maria, Buffy, and some kids sit around talking about how they live and how to say words in English, Spanish, and tribal languages. 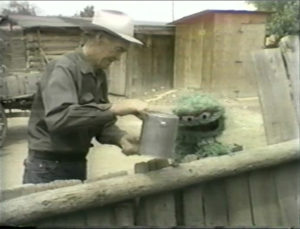 This extends to Luis’s family, who feel exactly like regular people. When Luis introduces his friends, his aunt is delighted that Maria speaks Spanish and greets her more warmly than the others. Luis’s cousin and Gordon run out of bread-related topics, and their conversation trails off. Luis’s grandfather teaches Oscar to feed slop to pigs just like Oscar is a real guy.

Most memorably, Luis walks around his childhood home and sings a song about all of the memories he has from these areas. Emilio Delgado plays this very wistfully, like the pressures of adulthood are still weighing on him even as he remembers his carefree childhood. As a kid I wouldn’t have thought much of this song. But now I’ve spent my entire adult life in different states from the one I grew up in, so I can relate to it very strongly. It might be one of the most adult moments in the entire run of Sesame Street. 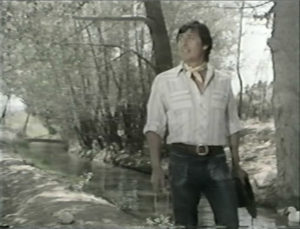 In all of these cases, the curriculum points are obvious.  These scenes teach kids about language, environment, how to milk a cow, and so one. But they’re more embedded in real world scenario than what we’re used to from later seasons. Just by watching, kids are learning about social cues among friends and strangers. It’s preparing kids for various types of social interaction later in life. That stopped when the show became hyper-scripted, and I think it’s a real loss.

Turns out the 70s really were a Golden Age for Sesame Street. 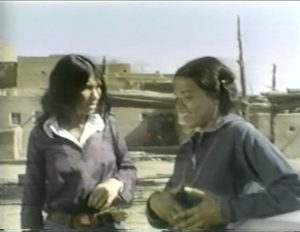 Notable Character Debut: Buffy Sainte-Marie as Buffy, Sesame’s resident folk singer for the rest of the 70s. In addition to singing a ton of great songs, Buffy would also breastfeed her son Cody on camera, a first for children’s television.

MVM (Most Valuable Muppet): Oscar, who brings a lot of life to the New Mexico arc. Every time the material starts to get dry, they cut to Oscar acting like a grumpy weirdo, and it’s incredible every time. 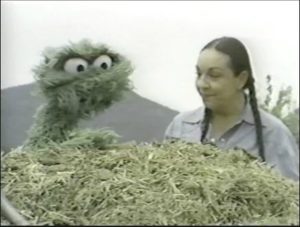 MVE (Most Valuable Episode): 0814, in which Buffy, Maria, Big Bird visit the Taos Pueblo. Big Bird learns that not all Indians (that’s the word the show used in 1975) are the same, and also that they aren’t like he’s seen on old Westerns. All of this is done with a subtle, realistic touch, and it makes for tremendous television.

MVH (Most Valuable Human): Maria, who does a lot of the heavy lifting in the New Mexico arc. In the episode I just mentioned, for example, she tells Buffy that she worries she’ll say or do something to offend the members of the tribes. It comes across like a genuine desire to be culturally sensitive, and real concern that she won’t be. Her performance is remarkable as usual. 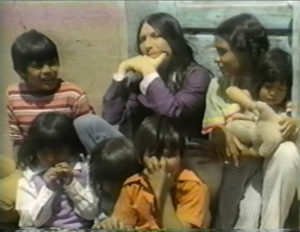 Other Notable Episodes: Looks like we had a lot of existential crises for Muppets – Cookie Monster pretending he doesn’t like cookies, Sam the Robot trying to prove he has feelings, and Oscar hanging a wind chime next to his trash can.

Classic Sketch Debut: Grover tries to sell Kermit a weather machine, one of the most perfect things Jim Henson and Frank Oz ever did together.

Classic Song Debut: “Fur” – featuring one of Richard Hunt’s best vocal performances – debuted right in the middle of the New Mexico trip! I was delighted to see it pop up during episode 0812.

Curriculum Focus: Muppet Wiki says “The curriculum for season 7 focuses on children with learning disabilities through segments based on research by the Joseph P. Kennedy Foundation.” It adds that these segments aired on Wednesdays, which explains why I saw exactly one during the New Mexico arc (a very charming one about kids trying to keep a feather from hitting the floor) 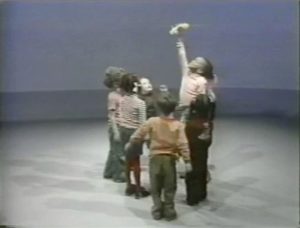 Musical Highlight: I love “The Fisherman Song” by Judy Collins so much that I wrote about it in my review of her Muppet Show episode.

Best Celebrity Moment: Margaret Hamilton appeared as the Wicked Witch of the West in an episode that proved so frightening it was never rerun. It is believed to be completely lost. 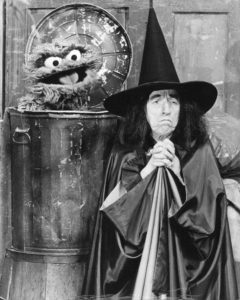 WTF Moment: This sketch, in which marbles try to fit into various holes on a table. They inexplicably make noises like they’re having gastrointestinal issues.

One More Thing: Sesame Street was obsessed with the Old West in the 1970s. Five of the six New Mexico episodes feature a Muppet sketch set in that mythic period of American history. Most of these debuted earlier, but it’s fascinating to me that they were still in such heavy rotation. When Sesame Street debuted in 1969, there were still many hit Western shows on TV. By fall 1975, there were none. 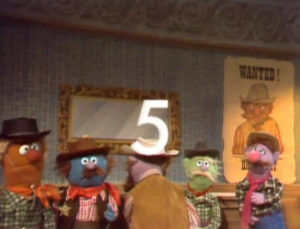 Okay, One More Thing: There’s a sketch in one of these episodes where Cookie Monster dresses up as Ernie to frame Ernie for stealing Bert’s cookies, and it made me laugh so hard. It actually debuted in season 2, but I saw it here in season 7, so I’m going to mention it anyway. 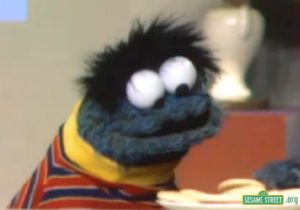