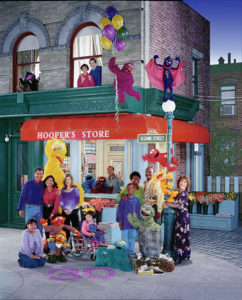 Contrary to what certain ToughPigs writers think, life went on at Sesame Street as the show rolled into its 30th season. But my colleague Anthony Strand wasn’t completely wrong in his thinking last week. In this season, Sesame Street made some huge changes that would shape the show as it prepared to enter a new millennium. And yet, at the same time, with the show getting ready to celebrate (or, y’know, having already celebrated over a year and a half ahead of schedule) three decades of existence, there was a renewed emphasis of the show’s history and legacy.

By this point, a generation of kids who grew up with Sesame Street in its early years had kids of their own old enough to watch Sesame Street for themselves, so it was fitting that the show made an effort to remind parents why they loved the show in the first place. So, I guess if you had to nail down a catchy theme to summarize the show’s thirtieth season, I guess I would say that it was “looking back and looking forward.”

Let’s start off with the opening titles: 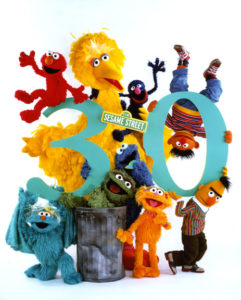 The calypso opening was retired in favor of an opening more evocative of the show’s infancy, showing kids (and Big Bird) at play around a very real New York City. Imagine being the parent of a young child then. (Or maybe you were, and you don’t have to imagine!) Doesn’t it seem warm and inviting? Sure, the show’s changed, but this still feels like the Sesame Street you remember. So sure, you’ll encourage your kids to watch the show!

And wait! Are they playing “C is for Cookie?” Are they… introducing the segments, like Carol Burnett and Tim Conway did years ago? Maybe you’ll even watch with your kids. Boom. A memory that will last until they have kids of their own. (Perhaps in support of this mission, the “Around the Corner” section of the neighborhood is also removed. The Furry Arms, you will be missed… mostly by Muppet fans that write about obscure minutia on fan sites.)

Of course, as I mentioned before, there are some big changes that start here. There are fewer episodes being produced starting this season, moving from 130 episodes a season to 65. Still, all things considered, 65 episodes a season for an hour-long scripted children’s series is still remarkable in television, especially when you realize they had a movie to film between seasons. I’ll admit, it’s a bit sad to see the episode order cut in half, but in hindsight, it probably helped the show remain stable as the television industry kept growing. 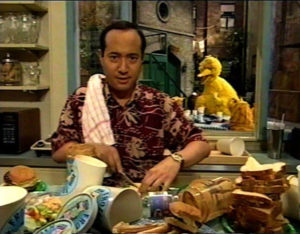 Meanwhile, there’s a new owner at Hooper’s Store, as Alan enters the fold. Can I take a moment to share my appreciation for Alan? (I mean, it’s my piece, so go ahead, me!)  After the passing of Will Lee, the store changed hands from David to Mr. Handford in the 80’s and 90’s, but with Alan, it feels like the store has found a consistent owner.

Gentle, eternally good-natured and always willing to lend a hand, Alan has been a welcome addition to the show, thanks to Alan Muraoka’s performance. In some ways, he’s a throwback to the working-class roots of the humans of Sesame Street, while still maintaining a positive, genial attitude that I find helps make the lessons the show offers easier to digest. I’m glad you’re still here, Alan!

And of course, I think I have to close with the big, red, furry elephant in the room. 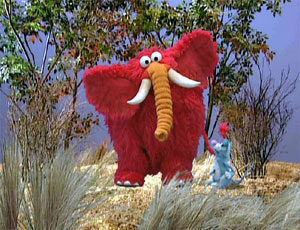 Yep, that’s the one.

Elmo-mania reached its peak in season 30 with the debut of Elmo’s World. Judging by the complaints posted on social media when the segment was retired, kids loved Elmo’s World. It could even be argued it’s the most impactful segment in the show’s history. I mean, it makes sense. The whole thing is run by Elmo, a childlike character, talking about simple themes in a way kids can easily follow. It was versatile and repetitive, allowing it to reinforce the lesson. You could talk about hats, frogs, even the Electoral College if you wanted to. (Though I think that may not be the easiest thing for the preschool set to grasp.) There’s a simple brilliance to it. It’s a new way of teaching would help launch Sesame Street into the twenty-first century.

Notable Character Debut: Alan, and he’s been around ever since. Also, Zoe’s pet rock, Rocco, who isn’t quite as notable as Alan, but still pretty good. 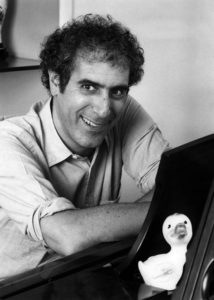 Notable Departure: Not a character, but this would be the final season of Sesame Street for Jeff Moss, script writer and the songwriter responsible for such iconic songs as “Rubber Duckie,” “I Love Trash,” “Who Are the People in Your Neighborhood,” and “I Don’t Want to Live on the Moon.” Moss passed away on September 24th, 1998, almost two months before the season premiered.

MVH (Most Valuable Human): Despite the Alan love-fest that’s been going on, I’m giving the honor to Ruthie. She lost the Finders Keepers store when they removed “Around the Corner,” but she managed to hang around until Season 32. That takes guts.

MVM (Most Valuable Muppet): Elmo, who, at the time, was a very valuable Muppet for Sesame Street indeed. No need to ask a baby here.

MVE (Most Valuable Episode): Episode 3804, where Big Bird gets “C is for Cookie” stuck in his head. Same, Big Bird, same.

Classic Song Debut: For fans of Sesame’s rock song parodies, it doesn’t get much better than having R.E.M. perform a parody of their own song, “Shiny Happy People.” “Furry Happy Monsters” is just a great alt-rock tune with some awesome backing vocals by Stephanie D’Abruzzo.

Best Musical Moment: Keeping in a musical motif, I think it has to be Patti LaBelle and the Sesame Street Muppets singing a gospel version of the alphabet. You will never think of your A-B-C’s the same way again.

Curriculum Focus: Nothing new to add this year, but there as mentioned above, there is a focus on the core cast of characters and classic songs and segments. It’s a very soft reboot. (Darn it, Anthony! Now you’ve got me thinking about it, too!) 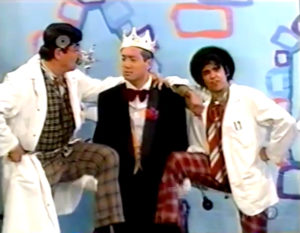 One More Thing: In Episode 3826, Luis and Maria play Drs. Quackenbush and Bushenquack. I see Maria’s moved from Charlie Chaplin to the Marx Brothers. 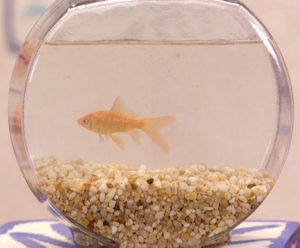 Click here to sing the Electoral College Song on the ToughPigs forum!