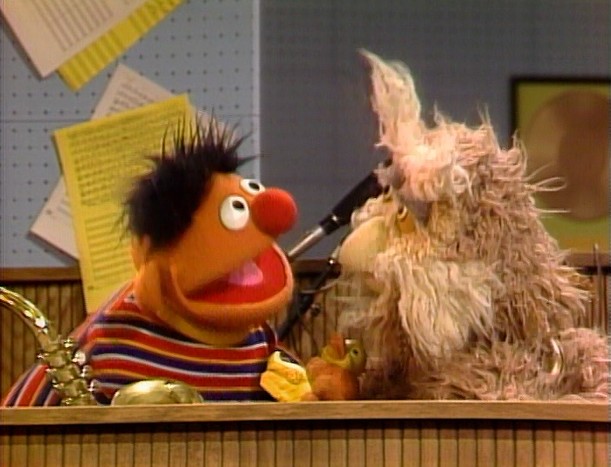 But compared to the season previous, in which Snuffy is revealed to be real, and the Robinson family adopts Miles, way less transpires in season 18. There are no major plot revelations, and it’s no one notable’s farewell season either. So what is there to write about? Maybe tackle the season from an educational perspective?

Welp, according to the Muppet Wiki, this was the season that numbers from 1-40 started being included in the curriculum instead of just 1-20. Uh, great. Ho hum.

It turns out that even though Season 18 isn’t particularly flashy, I think it did leave an undeniable impact on me. It was a gentle season of the show that gently helped shape my childhood experience and my ongoing life. Here are some key lessons that season 18 of Sesame Street taught me that I carry through into my adult years.

Take Care of the World Around You:

With the classic song “On My Pond,” (also fondly remembered from the very very 80’s book and album “Free to Be a Family”), Kermit takes us through a pretty harrowing experience of seeing his favorite pond hangout being ruined by the foolishness of humanity. This song teaches us the gentle lesson that the world around you is worth looking after and that we only get one.

Synonyms Should be Sung:

In a number very evocative of the classic Fred and Ginger song “Let’s Call the Whole Thing Off,” the stellarly talented Sesame Street cast of humans and Muppets remind us that it doesn’t matter what way you describe something, do it with aplomb in a very fancy art-gallery set musical number. And just when you think this song can’t get any better, dig hunky Bob as Atlas!

Reggae Has a Place in your life:

In a quest to truly explore different musical genres from around the world comes “Do De Duckie,” an exceptional play on the classic “Rubber Duckie.” Somehow, Ernie fits most of our favorite Sesame Street cast in the tub for this one. I wish I had a magically expanding bathtub like Ernie does in this song. You’d all be invited to take a bath with me. Of course, Bert gets the short end of the stick in this one. He just wants to use the bathroom, man. Just let that fussy little ribbon clerk use the bathroom!

You Gotta Put Down the Duckie if You Wanna Play the Saxophone (and Danny Devito and Rhea Perlman are the cutest couple who have ever existed):

OK, this is probably the best lesson from season 18, because it was packaged as a hot boogie-woogie number that pulled out all the guest-star stops and included oh-so-very 80’s cameos from John Candy and Andrea Martin, Donahue, Jane Curtin, the true manifestation of my spirit Pee-wee Herman, Wynton Marsalis and those absolute shills for Sesame Street screen time Ladysmith Black Mambazo. I love this rapturous song that is about abandoning your security blankets if you want to learn new things.

It’s definitely the highlight of the season.

Here are some others: 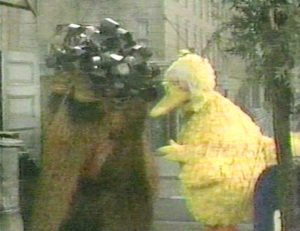 MVM (Most Valuable Muppet): Definitely Snuffy, for his fierce drag portrayal of Susan, curly-haired wig and all, in the season premiere! 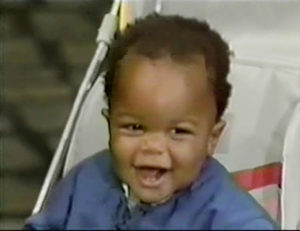 MVH (Most Valuable Human): Miles is rockin’ it as a two-year-old in his second season on the show. Could he be any cuter? No. Could we love him any more? Absolutely not.

MVE (Most Valuable Episode): The one that I watched, the season premiere, which features everyone celebrating one year of Miles coming to Sesame Street, it’s a heartwarming and informative episode about adoption. So many of my friends are adopted, so it’s a near and dear to my heart topic.

Classic Song Debut: How can we deny the power of “Put Down the Duckie?” Hopefully, it’s worming its way into your ears right now!

Musical Highlight: I love “Put Down the Duckie,” but I also have a huge soft spot in my heart for “I’m So Proud (You’re My Baby),” which resembles an old-school Supremes or Temptations B-Side. It’s really lovely to hear a mom and dad sing about how proud they are of their son, with Linda signing along to boot!

Click here to take a bath on the Tough Pigs forum!