Ryan Dosier – We’ve finally reached the last installment of one of my favorite article series to ever feature here on The Muppet Mindset. In celebrating Sesame Street‘s 45th anniversary, I’ve had the opportunity to reconnect with numerous contacts, make new ones, and remember why Muppet fans are the best and most giving fandom. My thanks to everyone who has contributed, especially the last few people in this post, is immeasurable. Selfishly, I’ve saved the best for last, because I was too giddy about these contributors that I knew I had to.

34.   Bert wears a pot on his head – chosen by Nic Kramer (Muppet Mindset contributor)
My favorite moment from “Sesame Street” is a sketch I already mentioned but it deserves to include in these series of posts. It’s the sketch where Erine gives a long explanation on why he want Bert to wear a pot on it’s head. To me, this was Jim and Frank at it’s finest on the show and I like the added effect of the hat (or rather the “fish”) squirting water on Bert. I still have the book adaption of this sketch which added more material to fit the 24-30 page book based on an at least 3 minute sketch. A great sketch that I wish Sesame Workshop gives more attention to (i.e. their Youtube channel and site).

35.   Roxie Marie can’t find any gum – chosen by Anthony Strand (Muppet Mindset contributor)
Like a lot of street stories from the early 90s, it’s not on YouTube, but the memory is so vivid I have to do it anyway. One of the defining Sesame moments of my childhood was when Roxy Marie had a panic attack over her upsetting lack of gum. Let me tell you what – Craig Monster, Gina, and celebrity guest Doug E. Doug teamed up to deliver more gum than she knew what to do with! When I think of the Around the Corner years, the first image that comes to mind is always the Furry Arms Hotel bursting at the seams thanks to a giant bubble.

36.   “A True Blue Miracle” from Christmas Eve on Sesame Street – chosen by Ed Castle (Muppet Mindset contributor)
When I was young I’d try to catch this special from the very beginning on PBS, and just miss out very year. But when I tuned in, it was invariably at the point where the gang’s headed back home. Although I love the entire special, this song in its full original version and the scenes associated with are the Sesame Street I grew up and it always makes me smile.

37.   “I Don’t Want to Live on the Moon” – chosen by Kieran Moore (Muppet Mindset contributor)
Many, many years ago I bought an old cassette tape of Ernie songs at a garage sale and this song with its theme of home and family really spoke to me as soon as I heard it. I completely agree with Ernie in this song. As much as I like adventures, I’m a real homebody and my family is so incredibly important to me that this could almost be my theme song. Jim’s vocals are beautiful and his voice, a voice I know so well, transports me back home when I listen so this really is the perfect storm for me.

38.   “The Grouch Anthem” – chosen by John Papovitch (Muppet Mindset contributor)
Though it’s not technically within the show itself, “The Grouch Anthem” that opens Follow That Bird makes a brilliant start to a satisfying movie. It doesn’t even really have much to do with the movie itself, but the idea of Oscar and his grouch cohorts singing about just standing up and complaining is made so funny by the witty lyrics and the Patton homage the sequence is clearly going for. My friends and I frequently host “bad movie nights” and open almost every one with watching just “Grouch Anthem” clip on its own. It may not be a definitive Sesame moment but as a personal favorite, it soars way up there.

39.   “Imagine That” – chosen by Danny Beckwith (Muppet Mindset contributor)
It was extremely difficult to choose one moment! I went between the brilliant performances of Richard Hunt as Placido Flamingo, who always made me laugh, and an Ernie moment. Ernie’s song, “Imagine That,” really holds a special place in my heart. I love that Ernie can imagine doing some amazing things and still recognize that he is special even when he is not imagining himself as a knight or an explorer. And I tip my hat – imagine that!

40.   “Honk Around the Clock” – chosen by Gina Selim (Muppet Mindset contributor)
This is everything I remember about watching Sesame Street as a kid in the late 80s in one clip. Fun music, counting, learning, and bit of mayhem. That big clock and 50s music has somehow stayed etched in my mind, even after all these years.

41.   Show #571 – chosen by Joe Bailey (former Sesame Street writer)
My first Sesame Street script was Show #571. But, because of the show’s writing and production schedule, I had to wait a couple of months to see my new Sesame Street material “on its feet.” But the day they produced my first Sesame Street script was a real eye-opener. I had never seen a set that big. The entire Street was set up. It was two stories high. There was Luis’s Fix-it Shop and Hooper’s Store. Both store fronts broke away to shoot interiors. Next was the arbor between Hooper’s and 123 Sesame Street, the building owned by Gordon and Susan. And, finally the construction doors where Big Bird had his nest.

But what really impressed me was that this was a television show aimed at pre-schoolers, yet no effort was spared to make it as realistic as any adult production. We had an audio track of traffic noise that ran under every “street” piece. The stoop of 123 Sesame Street was made of concrete so it “sounded” like a real stoop (New Yorkese for front steps.) And every season we had two weeks of “winter” when the weather got colder and finally it snowed.

42.   “O-klahoma” (again) – chosen by Noel MacNeal (Sesame Street puppeteer)
Having been with Sesame for over thirty years, I’ve been able to be a part of a lot of bits. This is still one of my faves (I am Forgetful’s right hand) and I use it as an example when teaching others to be puppeteers. It’s an example: a.) being a part of a huge bit even if you are just in the back, keep the puppet alive b.) pacing/acting; watch how Kermit builds his anger rather than being angry after the first mistake c.) as a right hand, you balance and compliment the main character, as in “less is more”

43.   Feist performs “1, 2, 3, 4” – chosen by Martin P. Robinson (performer of Mr. Snuffleupagus, Telly Monster, and Slimey the Worm on Sesame Street)
I just showed a Sesame video to some folks I’m working with and remembered just what a fine day that was in the studio… and how lovely the guest star was and how perfect the song turned out. Check out the Feist song #4… two long shots, one edit, no special effects: all in camera.

44.   “Sing” – chosen by Emilio Delgado (“Luis” on Sesame Street)
I have more than a few favorite memorable moments on Sesame Street and many of them have been appearing on YouTube. “Sing” is probably my all time favorite song from the show. And I made my Carnegie Hall debut singing “Sing” with the band Pink Martini in 2009!

45.   Goodbye, Mr. Hooper – chosen by Bob McGrath (“Bob” on Sesame Street)
I think many of the cast would agree that the “Goodbye Mr. Hooper” show was one of our best… I know it is my favorite. There was no “acting” going on in the scene when Big Bird discovered that Mr. Hooper was not coming back. We rehearsed it totally with no emotion for a few hours. But when Jon Stone said “Let’s go to tape” all the raw emotions and sadness that we felt poured out… Jon wanted to do a short pickup… we started… it fell apart as we could not repeat the scene… so the first take was the only take on that entire segment. It was beautifully written… and a wonderful tribute to Will… Will Lee… Mr. Hooper (or Looper as Big Bird often called him)… and a great lesson for children that there will always be someone there to take care of them, if something terrible happens… for Big Bird… he realized that David would be there to make his Bird Seed Sundae!

*46.   The finale of Sesame Street: A Musical Celebration! – chosen by Ryan Dosier (owner/operator of The Muppet Mindset)
Yes, I know this is supposed to be 45 moments, but I really wanted to contribute a favorite moment as well. It’s kind of cheating to choose an entire special as my favorite, but I’m editing the article, so I guess I shouldn’t worry. Anyway! One of my first, most vivid Sesame Street memories is the “Sing” finale at the end of the direct-to-video 25th anniversary special. The special itself is a wonderful collection of songs from the show’s first 25 years, but the finale is something special. Ladysmith Black Mambazo leads Big Bird in an incredible ensemble performance of “Sing,” perhaps Sesame Street‘s greatest tune. No, it doesn’t include the entire close, but it’s pretty close, and it’s absolutely wonderful. This moment is a delightfully simple, colorful, and expressive celebration of the show and I love it.

And just as many thanks to my many Muppet fan friends who contributed as well. 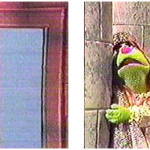 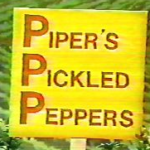 Saying Thanks to Bob, Emilio & Roscoe